If you don’t know about this, now is the time to get informed and … Outraged!

The link takes you to a very long and indepth look into the prison life of a Democrat, Political Prisoner!

I never thought I’d write a letter like this, but we’re living in very different times. This is my cry for help.

My name is Nathan DeGrave, and as a non violent participant at the Jan 6th rally, I’ve spent the last 9 months detained as a political prisoner in pod C2B at the DC DOC…otherwise known as DC’s Gitmo.

The conditions here for Jan 6ers have been inhumane. In fact, some inmates are even begging to be transferred to GUANTANAMO BAY, where even THEY have more acceptable standards.

You know that old saying there’s two sides to every story? One side has videos

It seems there’s a letter floating out there from Capitol defendant Nathaniel DeGrave calling himself a “non violent participant” in the Jan. 6 rally and calling his riot gear a “costume” for a “documentary." 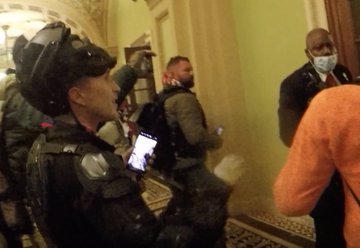 Federal judge, stating the facts: "Mr. DeGrave entered the Capitol building and engaged in violence directed at Capitol Police officers as they tried to secure the building.”

DeGrave, decked out in his battled gear, was so aggressive about chasing down that last security officer that other members of the mob held him back. (video in original link, or here

And besides, I was under the impression that it was antifa and BLM thugs posing as fake Trump supporters that did all this. So why do you care what happens to them?

Antifa member who threw unlit molotov spends 10 years in prison you think these folks have it bad? And besides, I was under the impression that it was antifa and BLM thugs posing as fake Trump supporters that did all this. So why do you care what happens to them?

Remember the lie must change to fit the narrative, and then change again to fit the other narrative. Remember the people who sympathize with them are no longer political, but terrorists that are currently being monitored.

@silliessis google Material Support Charges you’re getting really close to meeting that standard. sections 2339A and 2339B 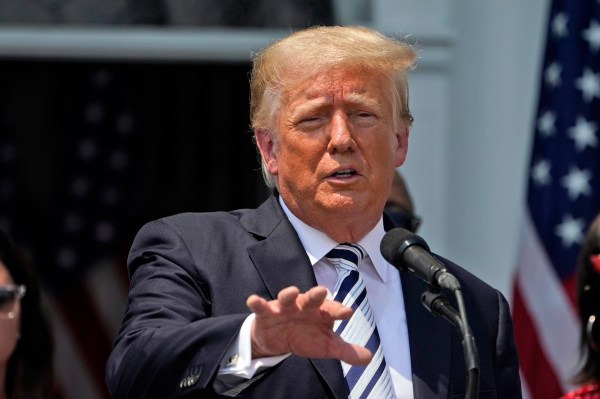 We Now Know Which Files Trump Is Trying to Hide from the Jan. 6 Committee

this is going to make HUAC look like kindergarten

We have burning looting and some murders for an entire summer. That is ignored. A comparatively small group of knit-wits breaks in the Capital, it’s the worse event since the Civil War. All of the Democrats flock to Nancy Pelosi’s big lie.

An Antifa guy got 10 years for a non violent crime and you piss and moan about J6.

Only one ANTIFA has gone to jail? There should have been many more. They have physically attacked people and set fire to many buildings.

Are you an ANTIFA supporter? If you are, it would explain a lot. Should the results of the 2020 election that placed Joe Biden in the White House be overturned? This question was posed in a new poll conducted by Politico and Morning Consult. The poll found that 35 percent

Calling the January 6 patriot protest a “coup attempt” goes to the very heart of why this entire characterization of this as an Insurrection is a total lie. The United States is not a teeny, tiny third world country where you can go into the El Presidente Palace and immediately take over a country. Mobs of people could occupy the capital building for a year and there would be no “coup” because America is not structured like that. It is impossible to physically have a coup d’etat in America simply by occupying a building or something like that. It’s just sheer stupidity to even say that.

What happened was, a few very upset protesters broke away from the real march (and they did have every right to be very upset because the election of was stolen) they went to the Capitol Building and got out of hand and got inside. Now, to the extent that is illegal then fine, it was illegal to destroy some property or whatever. But to characterize it as a “Insurrection” or a “coup d’etat” is the height of stupidity: Sheer ignorant, brain-dead stupidity, and that doesn’t even go into the fact that the cops allowed the people to come inside !!

And when they got inside, they just kind of wandered around a little bit and then left. The only real crime that took place is when a corrupt leftist union cop shot an American Air Force veteran protester. That was MURDER, but of course he got off the hook thanks to Nazi Democrats.

Calling January 6 an Insurrection or a coup d’etat is ignorant stupidity on an unbelievable scale. It is all a giant smoke screen and fake News lie with only one purpose: That purpose is to smear the character of Donald Trump so that he will not rise again. Well guess what all you left-wing socialists, Donald Trump will rise again and the majority of American people know he was a great president and most smart Americans know that we are currently living under an in legal regime and at Biden is a criminal usurper to the office. Sorry if that hurts the snowflakes feelings but those are the facts.

An Antifa guy got 10 years for a non violent crime

They are violent destructive street thugs exactly like Hitler Brownshirts. He got off light.

If you don’t know about this, now is the time to get informed and … Outraged!

The link takes you to a very long and indepth look into the prison life of a Democrat, Political Prisoner

And they are still there