Don’t laugh, the bill is being bandied about in the House at this very moment!

Even if that doesn’t happen, be assured that a second $1,200.00 in Free money will be doled out soonest!

I’ve included a few links to reputable websites so you wont laugh at me!

A snippet from the Forbes link below:
(Second link down)

Emergency Money For The People Act

If passed by Congress in its current form, the Emergency Money for the People Act would work like this: 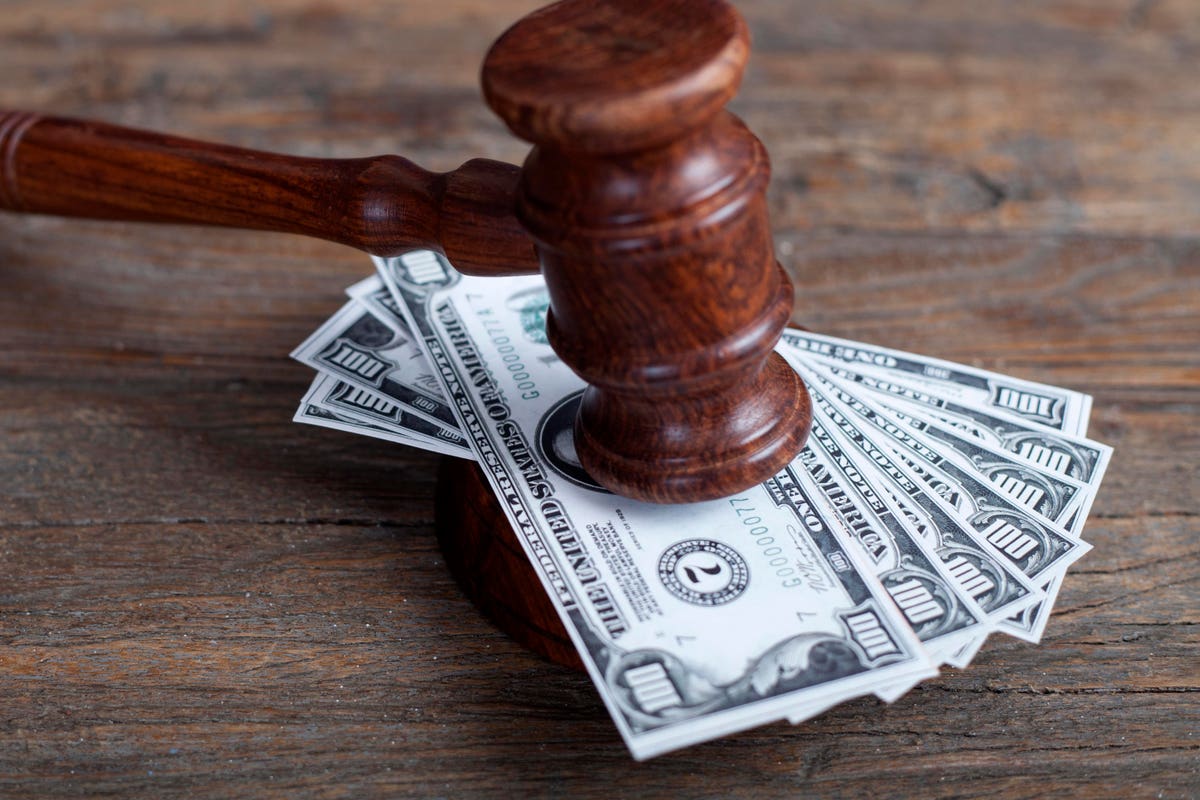 Things are moving fast regarding the coronavirus financial relief packages—albeit not fast enough if you are one of the many folks still awaiting the $1,200 stimulus check to hit your bank account or mailbox. So much is in flux right now within... 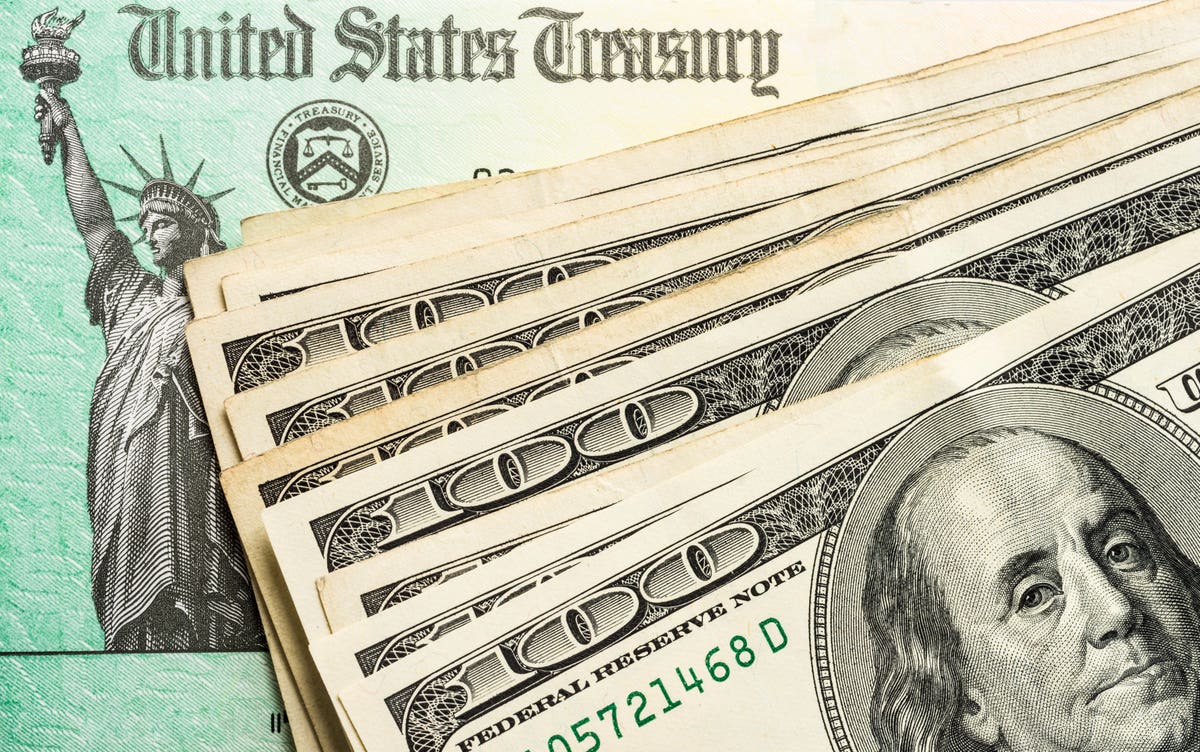 Will You Get A Second Stimulus Check?

Will You Get a Second Stimulus Check for Coronavirus?

I think it is bad but I won’t give it back if they give it to me. That’s terrible I know. I feel bad even saying it. That is the corruptive power of free money

PLUS according to an AOC message $1,000 for each child.

Why bother to work? All you do is sit home, have government create (not even print) money and consume goods and services that will magically appear.

Who needs work to make the goods and services? Why would you ask such an impertinent question? AOC is going to win the Noble Prize for economics next year. She and the Socialist Democrats have solved the riddle that has plagued mankind forever. She has solved the problem of hunger and of the shortages of good and services. All you have to do is create money.

BTW this is how Hugo Chavez took Venezuela from one of the richest countries in South America to the poorest. They can’t even get toilet paper.

Just kidding about the TP. Other forces are causing that here.

These Democrats has regressed to what they were back in 1896 and to a lesser extent, 1900. That year William Jennings Bryan took the Democrat Party by storm with his “Cross of Gold Speech” at their national convention.

He theory was that silver should be coined into money in unlimited quantities. The idea was wages and prices, mostly for farmer’s products since that was one of his major constituencies, would go up. Of course, the less astute among Bryan’s fans couldn’t figure out that the prices for everything else would go too. Of course, the “new money” didn’t all have to be in silver dollars. It could also be paper money that was backed by silver. Since most of that paper money would never be redeemed in silver, the possibility was there to print it in never ending quantities too, which is why the “Green Back Party” people liked Bryan too.

You might ask, “Isn’t silver ‘hard money’?” Today it might seem like it, but in the second half of the 19th century, the western silver mines were producing so much of it that there was a glut on the market. Prices were depressed, and the mine owners were looking for relief. Hence, they kicked in a lot of cash to the Bryan campaign.

A silver dollar was said to contain 53 cents worth of silver. Therefore you had to trust God or Bryan for the other 47 cents. Bryan was often shown as he is here, as an buffoonish, Alfred E. Newman sort of character.

Tiffany & Co, the famous New York City jewelry store, sold this piece to their clients. It contained to the amount of silver that was needed to be worth a dollar. This is very scarce item.

Another way to make the point was to produce huge copies of the contemporary silver dollar in lead. This piece is shown next to an 1896 silver dollar.

As you can see the Democratic apple as not fallen far from the tree. William Jennings Bryan represented a huge shift in the Democrat Party. Prior to his nomination, Grover Cleveland, who supported the Gold Standard, had led the party. After Bryan, the leftward movement pretty much took over the party.

Today the Democrats don’t need silver to inflate the economy. They now want to do it out of thin air without even using paper. All they need is the Federal Reserve computers and a lot of brass from Nancy Pelosi, AOC, Bernie Sanders and the rest of the squad.

I think it is bad but I won’t give it back if they give it to me. That’s terrible I know. I feel bad even saying it. That is the corruptive power of free money

You’ll need it to help cope with the consequences of such failure of critical thinking among the leaders of the United States. “Socialist” nations, like Canada, are doing a much more responsible job of assisting those most hurt by its policy decisions in reaction to COVID-19.

AOC is going to win the Noble Prize for economics next year. She and the Socialist Democrats have solved the riddle that has plagued mankind forever. She has solved the problem of hunger and of the shortages of good and services. All you have to do is create money.

I’m so disgusted by politicians and bureaucrats. Didn’t think stupid could grow any further. I was wrong,

Standing alone against the stupid appear to be the pariahs Justin Amash and Thomas Massie, the only two D.C. creatures I exempt from my contempt, not that my contempt matters. There’s only five other people in the country apparently who think like I do.

The Republicans are going right along with it

How much does it take to turn conservatives into liberals?

How much does it take to turn conservatives into liberals?