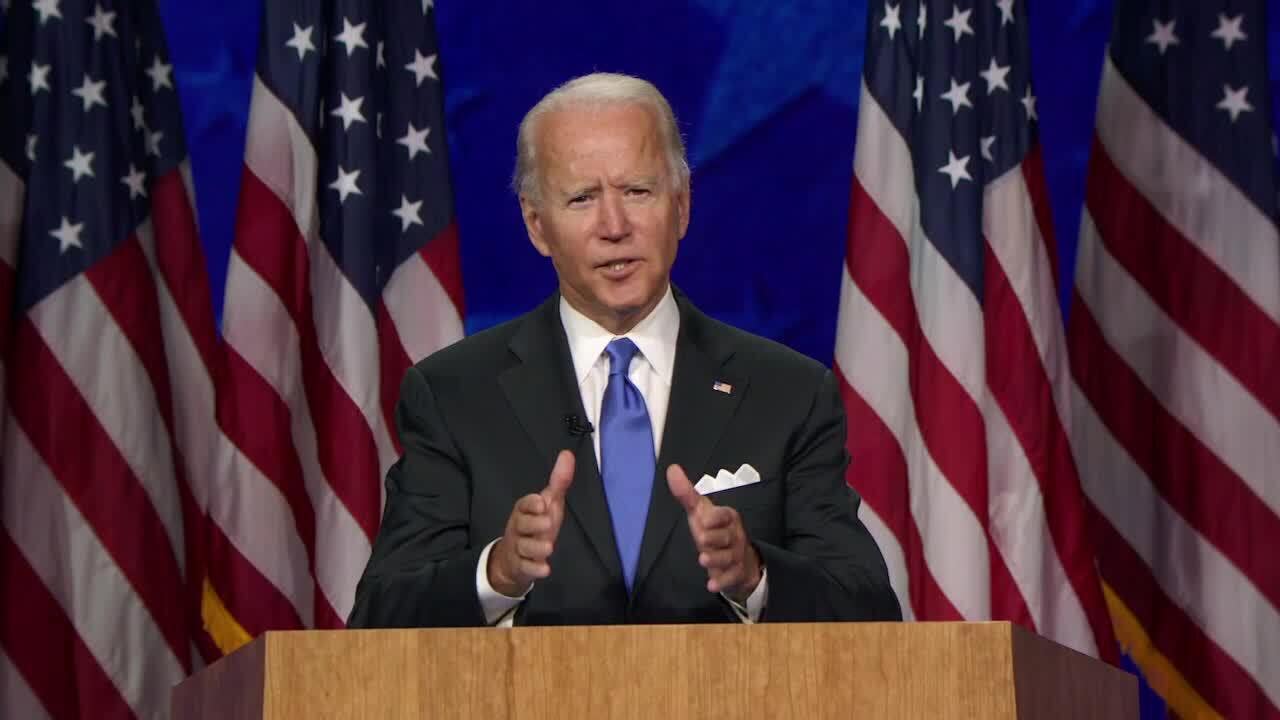 FOX 10 has learned that a draft version of Cyber Ninjas' forensic audit report into the November 2020 election in Maricopa County shows Joe Biden did in fact win the county, and by more votes than originally tallied.

Can’t make this stuff up.

Yet, how many of you here on this site will somehow still find a way to cry foul?

Now my guess is that upon hearing that Biden was 99 votes shorts and Trump was 291 over will somehow, someway make the case that there are election irregularities, while simultaneously ignoring the allegations that Democrats engaged in fraud.

So, anyone that wants to admit that Trump lost the election fair and square, to you I’ll admit that there is more that can be done to ensure election integrity.

I’ll wait for the REAL results.

And when they are the same?

IF they are the same, I’ll be disappointed but not ready to call Biden president or his regime as administration. Subpoenaed routers need to be released, Pennsylvania subpoenas cleared through the courts, chain of custody issues in Georgia etc.

I’ll admit that the Cabal has come up with a clever spin line. My disappointment will be that this MIGHT give Pennsylvania, Georgia, Arizona, Wisconsin, Michigan establishment RINOs enough political cover to continue their obstruction.

It ain’t over 'till the fat lady sings.

It ain’t over 'till the fat lady sings.

It doesn’t matter if they let you personally oversee audits in every single county in the US. We’ve seen examples over and over again of Trump LIES about the election.

How Trump will lash out and turn on a dime on people that were at one point close supporters like Mike Lee and Linsey Graham.

Basically, if you lie with Trump you’ll be in his good graces, if you say something that Trump doesn’t like he’ll turn on you.

That’s what Autocrats and dictators do. The fact that you can’t see it is genuinely scary.

Too many people get their info from the purveyors of leftists misdirection!
(MSM)

Go investigate what is Really being put on paper and Forwarded to the states AG!

Ex: If I give you one million dollar bills and only one is authentic … Are you really a millionaire?

Right, so MSM is reporting that Trump lost, but you think it’s all a lie and the real story still hasn’t come out.

I’ve offered to make bet’s before and I’ll do it again, anyone want to take me up on it?

These after the election investigations don’t mean that much since we are stuck with these two losers, Biden and Harris. My wife wants Biden to continue because she thinks Harris is worse.

Harris will have the “woman and woman of color” things going for her. That will make her almost unassailable even if she fails completely. All she needs is to come out of the closet and tell us that she is a lesbian or a transsexual, and she will be the perfect Democrat President. Whether or not you can do the job is of little importance in the Democrat Party. Pelosi, Schumer, and AOC and the Squad are where the real power resides.

Report: Biden got more BALLOTS. Over 50,000 of these BALLOTS aren’t legal VOTES.

I wish I could take credit for this but I can’t. Sometimes the internet is a magical place:

As I was giving my electoral report,
I met a man with 40 torts,
Each tort had 40 courts,
Each court gave 40 thwarts,
Each thwart spawned 40 supports,
All support got even firmer,
Then they all took horse dewormer.
Torts, courts, thwarts, malpractice,
How often have Trumpers tried to distract us?

Um, apparently you haven’t noticed, the vast majority of these frivolous lawsuits are made by the broad anti-Populist cabal … objective: slow up the progress.

23,344 mail-in ballots from persons no longer living at that address.
17,322 duplicate ballots which surged after Election.
2,382 voters who voted in-person but had moved out of Maricopa County.
2,081 voters moved out of state.
282 Dead voters.
50 ballots ran through tabulators twice.
277 Precincts had more ballots cast than people.
9,041 mail-in voters returned more ballots than they were sent.
255,326 Early votes do not have a corresponding record in the County’s voter file.
284,412 ballot images were “Corrupt or missing”.

During the election a hardcore republican friend of mine invited me to go to the Trump rally here in Nevada. It was insane. There was heavy traffic for miles; we weren’t moving. By the time we actually got to the vicinity, there were so many people we had to park several miles away from the actual rally. I never got to attend because there we so many people. Neighborhoods were packed with parked cars, there was literally nowhere to park. Keep in mind this was in NEVADA. I couldn’t believe the outpouring of support.

On the way there, we saw one group of 3 cars parked miles away by the side of the road with 3 democrats holding up a big banner that read “f–k trump.” So classy. Typical lefties.

I was amazed and on that day I actually believed Trump might win. This happened in a democrat state. Were there any Biden rallies anywhere in the USA with more than 10 attendees? No. There weren’t.

I don’t believe Biden won by campaigning in his basement. All I know is whatever trickery the democrats employed this election will be used again indefinitely and despite Biden’s incompetence and probably incontinence, no Republican will ever win again.

Apparently not if only 3 people showed up. That or you don’t know what typical means…lol

I don’t believe Biden won by campaigning in his basement

See, where there are a fevent ~20% of the country that’s absolult wild for Trump as your annicdote illudes to, there a a lot more people that are just tired of Trump, tired of all the chaos and fighting that would have voted for almost anyone over Trump.

Thus, you believe that lack of campaigning and event support prove that could have won, when you haven’t considered that Trump and his devicive, childish, chaotic presience is why he lost.

Trump will, without a doubt go down as the worst President if not in history, at least in the 20th century up to his presidency.

I don’t believe Biden won by campaigning in his basement. All I know is whatever trickery the democrats employed this election will be used again indefinitely and despite Biden’s incompetence and probably incontinence, no Republican will ever win again.

It’s an uphill battle but the Election Fraud is still being fought on many fronts: Georgia, Pennsylvania etc. We’re fighting Democrats, spineless establishment Republicans, politicized courts and, of course, their running dogs CNN, MSNBC and FOX.

I haven’t given up hope … yet.

President Trump ripped Governor Kemp a new one at yesterday’s Georgia rally. Kemp is currently leading Vernon Jones in the primary race. Kemp is guaranteed to lose to Stacey Abrams. When will Trump endorse Jones and turn this around?

Trump will, without a doubt go down as the worst President if not in history, at least in the 20th century up to his presidency.

You are completely batsh-t crazy. In Biden’s first two months in office he was already the worst president in history and it’s only snowballing.

Biden makes looking at Jimmy Carter like the good ol’ days, and that ain’t easy.

Did I miss anything?

Did I miss anything?

@csbrown28 obviously knows very little about history, which is typical for most Democrats who want to propagandize history or forget it completely.

Trump got the economy going. He was really getting a handle on the border crisis. He was getting the Europeans to pay their fair share for their defense. His administration was negotiating historic treaties to the Middle East between Israel and their Arab neighbors. We had energy independence. He got a Covid vaccine on-line faster than a large number of people thought it would happen.

All of this was done while Democrats harassed him, unjustly, more than any President in history. The job is hard enough without the DIS-loyal opposition doing all they could to make him fail. No other opposition party ever treated a President more unfairly.

I have had my issues with Trump’s style, but to say that he was the worst President in history is nothing but political hyperbole.