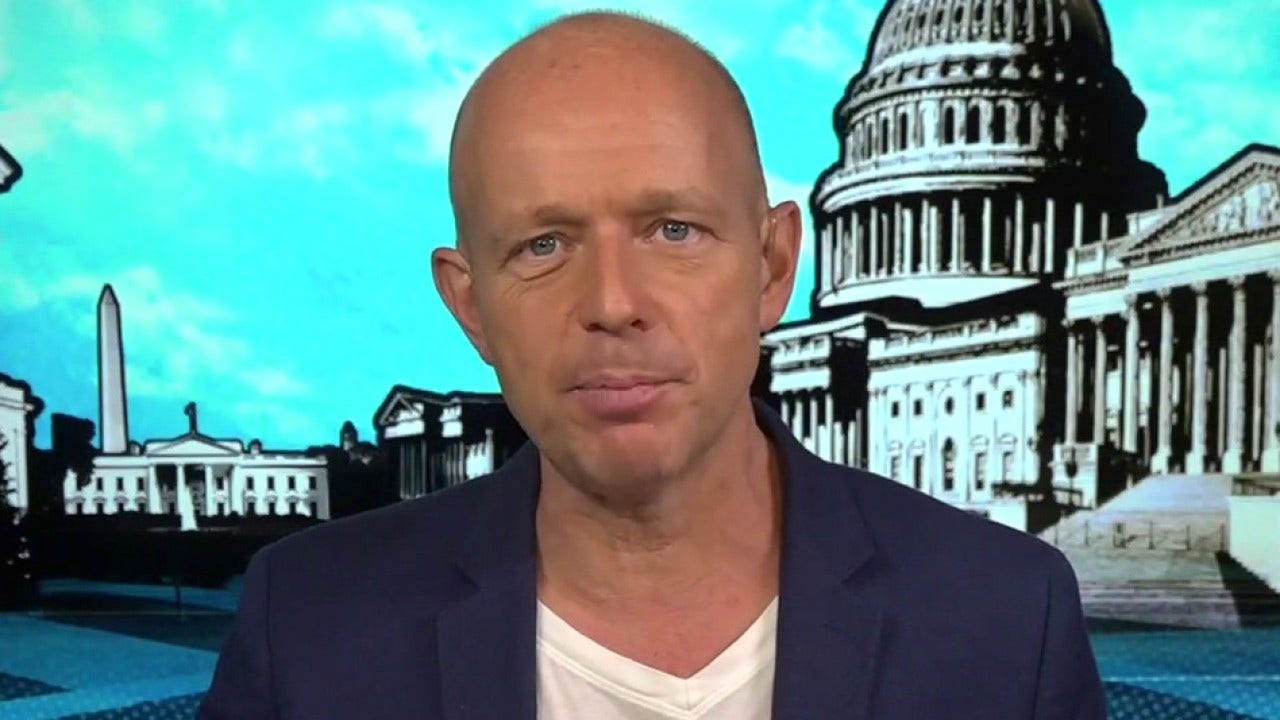 'The Next Revolution' host Steve Hilton argues that Australia has gone too far with extreme coronavirus restrictions.

Australia may have successfully ousted coronavirus with draconian lockdowns at the beginning of the pandemic but continuing strict measures has turned the island nation into something it’s not, “The Next Revolution” host Steve Hilton suggested on “Kennedy.”

“You’ve got these leaders of the different parts of the country… imposing these unbelievable authoritarian tactics and it’s really sad because we see it and we think – that is actually a fascist state now,” he said. “It really is.”

Hilton explained that most Australians seem to agree with the intense and seemingly endless lockdown since it’s now become the norm.

Oh goody. I’ll let everybody else comment first, and then I’ll watch the clips, but somehow I’ve got a sneaking suspicion the FOX “expert” will do at least some of the following:

So I’m going to wait a bit before I reply properly to this. Let’s see how many I got right.

And once again, as before, Patooka pulls out his book of tactics used by fascists and by the extremist Left.

The subject of this thread is Australia going fascist. But we see the leftist and fascist tactic employed by this member Patooka, rather than address the topic or the subject matter he goes straight for the character assassination.

It is time for you to grow up and learn how to discuss topics like an adult instead of being a flamethrower. Stop asking me to name three of this or that and stop being a tool.

And once again, as before, Patooka pulls out his book of tactics used by fascists and by the extremist Left.

He’s from Australia; he’s laughing at our attempts to decipher their politics or understand who is in what trench.

He should find an Australian forum then.

He should find an Australian forum then.

No, all nationalities are welcome here. When TheOperative started RO, one of his mods was Canadian.

No, all nationalities are welcome here

Let’s break this up:

Firstly, I would like to think that one’s personal rights end when you put another person’s life at risk. Drinking alcohol whilst driving near a school is a common example. So with that in mind, let’s go.

Gladys Berejiklian is not Premier of New South Wales anymore. By the time this post came out, it is a guy named Dominic Perrottet (who is Madeline Perrottet’s brother but that’s another story)

whot else has FOX lied about? .

Click on the video and watch at 3L02. Thay talk about pensioners being pepper sprayed.

Did they provide a source? No, of course not. Did this happen? No this is crap.

Let’s fast foreard to the 3 minute mark of this clip can this is complete BS:

THAT’S BECAUSE THE LYING EFFING BASTARDS OF THE COALITION CONSERVATIVE PARTY THAT RUNS THE CURRENT FEDERAL GOVERNMENT DID SWEET F**K ALL IN PROCURING VACCINES! 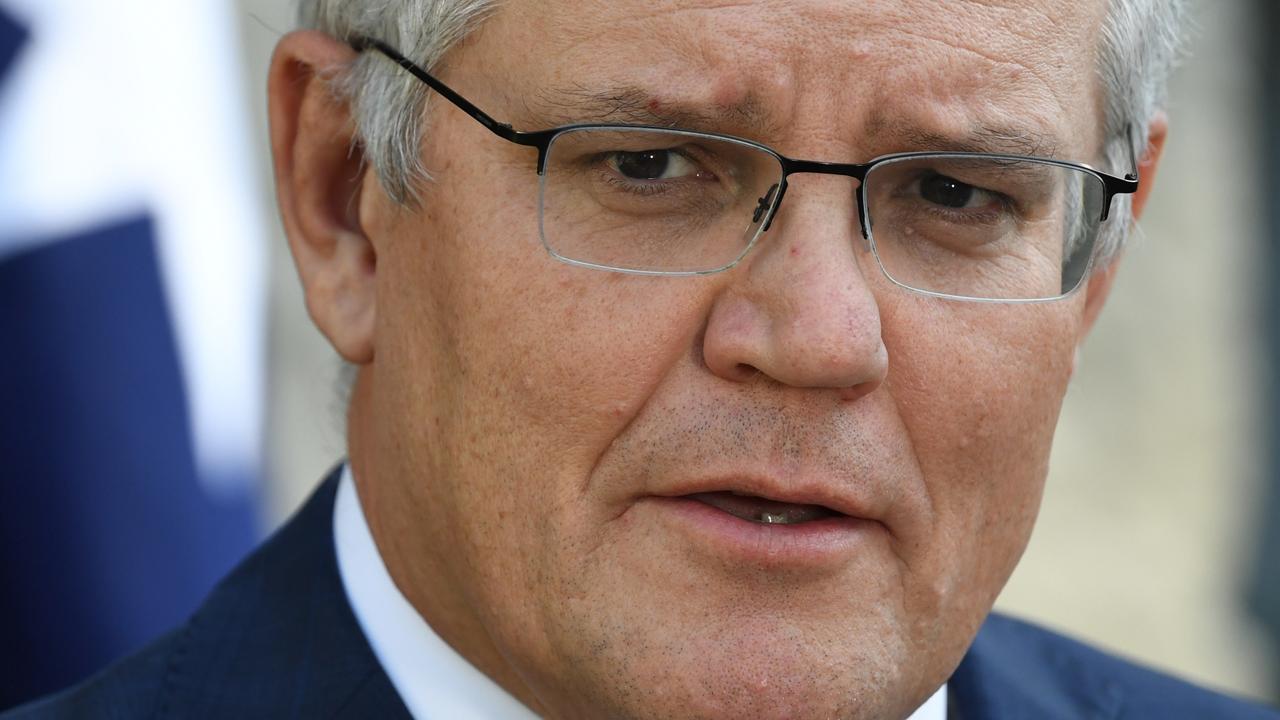 Australia’s vaccine rollout ‘one of the greatest public policy failures in...

Scott Morrison’s handling of Australia’s coronavirus vaccination rollout has been labelled one of the worst public policy failures in recent times.

3:18, more bullshit about how if a country had access to vaccinations they wouldn’t use such methods.

Well surprise surprise. Once the vaccine was available (not thank to the incompetent conservative federal government) was readily available the restrictions lifted. If you don’t believe me here we go.

You want to be infected? You want to hurt people? Then at least have the integrity to come out and say it. Your rights end when it puts other people’s lives at risk.

By the way, TrumpGurl; most of your links did not reference Australia, or that it is a fascist state. It’s almost as though you just copied and pasted some crap that got edited retrospectively due to idiotic bullcrap.

Let’s break this up

And yet again, as before, Patooka pulls out his book of tactics used by fascists and by the extremist Left.

The subject of this thread is Australia going fascist. But we see the leftist and fascist tactic employed by this member Patooka, rather than address the topic or the subject matter he goes straight for the character assassination.

It is time for you to grow up and learn how to discuss topics like an adult instead of being a flamethrower. Stop asking me to name three of this or that and stop being a tool.

Fascism is alive in Australia 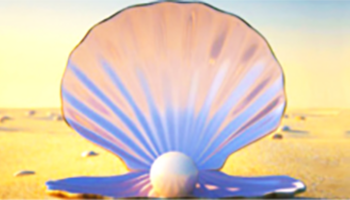 Fascism is alive in Australia - Pearls and Irritations

George Orwell wrote that almost any English person would accept bullying as a synonym for fascism. Political theorists refer to fascism as characterised by secrecy in government, by goals for national regeneration plus promotion of masculinity and...

Australia’s Morrison government is imitating features of fascism and should be reminded of other leaders who had similar intentions.

The dangers can be seen in bi partisan party acceptance of secrecy in government, in sections of the media happy to paint any activity which they choose to label anti-terrorist as a threat to security. Such trends are dangerous because they maintain public ignorance, or encourage a willingness to accept illegal government activity as normal. 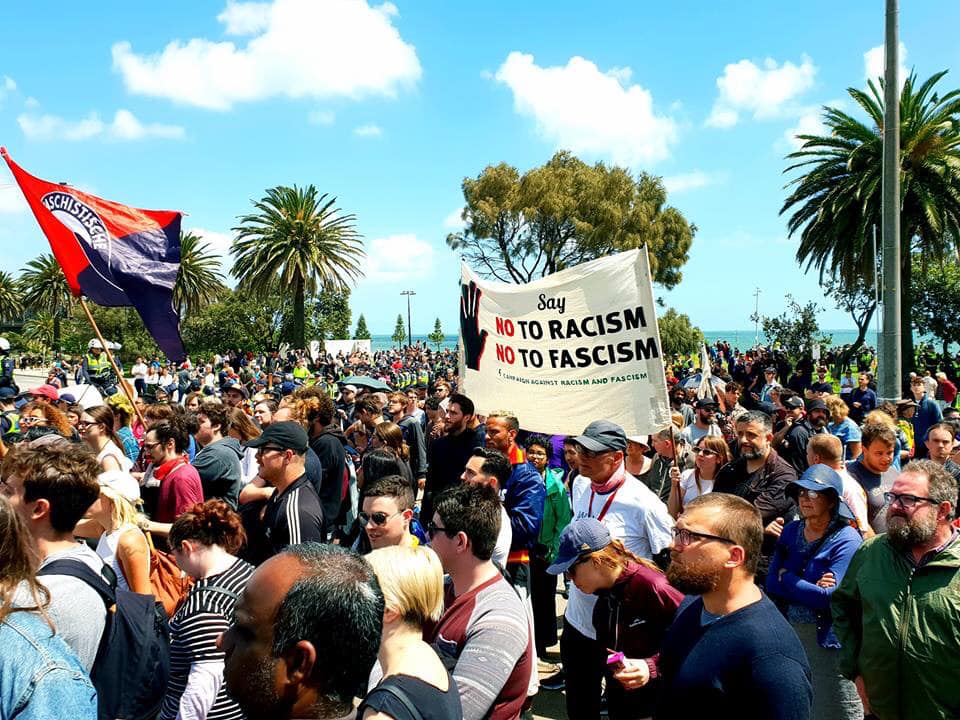 A Dangerous Turn: The Rise of Fascism in Australia

On January 5th around 150 far-right, white supremacists - Nazis among them - marched through St Kilda, hoping to create a race riot similar to that of Cronulla in 2005.

Despite this, relatively little attention has been given to the rise of openly fascistic and white-supremacist currents in Australian political life. In fact, the media has often been on the front foot in promoting them.

… we need to destroy the myth that fascism goes away if we ignore it. In this respect, we must not be afraid to call out fascists for what they are and expose the general public to their dangerous beliefs.

More broadly, we face the imminent prospect of quasi-fascist beliefs gaining normalcy in the major institutions of Australian society.

…. Getting vaxed does not make you immune. It does not lessen your ability to transmit it either. 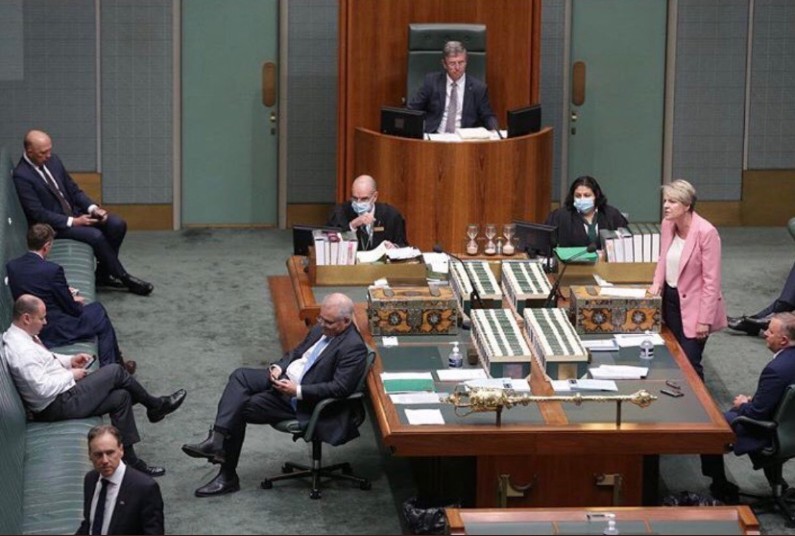 Something is broken in the way we are conducting Australian politics

Australia is a political system that looks democratic but in which two major parties and a technocratic political elite govern without very much public input.

character assassination implies that I am going after you - personally.

I am not doing doing that. I am attacking your arguments,

There are a lot of reasons for this. Respectable debate being first and foremost. However I am making an assumption (and I apologize in advance if this is the wrong one) you are not interested in your argument being held up to the bearest of scrutiny.

Resst assured,TrumpGurl - I don’t care who you are or what you do. You and I are never going to meet. I’d rather be gentle than aggressive. But always sarcastic but honest where it matters most. I hope everything’s okay on your end.

character assassination implies that I am going after you

Better check all the other posts above your post. We post facts quickly while you lumber with your propaganda.

Official SOS from Australia
Reignite Democracy Australia
It’s time for our international friends to recognise that Australia is at war with its’ government and we need help.

#AustraliaHasFallen
GPs in Australia have been muzzled by the federal government. Make this go viral. How dare they do this to doctors. Share widely.#RETWEETME
LINK

vaxed does not make you immune. It does not lessen your ability to transmit it either.

Agreed. Getting Vaxxed only minimizes risk.

Something I’ll bet my life on.

And the people I love