How Much More Folks?

New York City Mayor Bill de Blasio (D) is reportedly removing a statue of Thomas Jefferson from City Hall’s Council chambers where it has stood for the past 187 years.

“The city’s Public Design Commission — comprised of mayoral appointees — has listed ‘the long term loan’ of the 1833 painted plaster statue of the Declaration of Independence author to the New-York Historical Society on its ‘consent’ agenda for Monday,” the New York Post reported Wednesday. 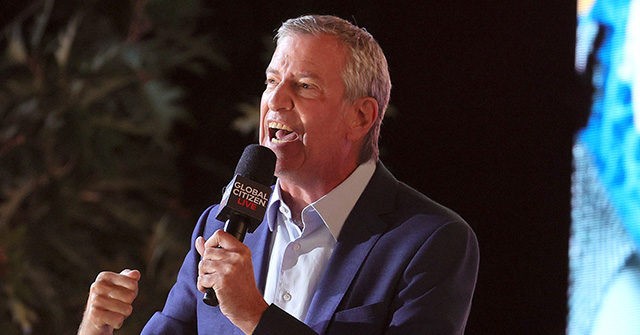 Perhaps he will replace it with a statue of Marx, Daniel Ortega or Fildel Castro. They are “comrade Bill’s” heroes. He has no interest in anything but giant government and the spread of communism.

Not even my niece, who a flaming liberal, can stand de Blasio. When he ran for President, his poll numbers were 0%.

Not even my niece, who a flaming liberal, can stand de Blasio. When he ran for President, his poll numbers were 0%

Yeah, he was statistically tied with the cackling whore.

I haven’t followed Mr DeBlasio, but I doubt he’s stupid enough to replace Jefferson with Marx or Castro. That’s not how it’s done. You replace him with Malcolm X, or Cesar Chavez … Americans who were genuinely admirable people. The Right can’t complain, or can’t complain as much, and you’ve taken another step towards your goal.

Jefferson will go eventually, as will Washington, Lincoln, Teddy Roosevelt, FDR … in fact all Americans who didn’t hold the beliefs of whatever it is the present-day Left believe.

But you do it step by step. The shrinking pool of sensible liberals may be uneasy about each step, but they’re not going to do anything about it. The metaphor of how-to-boil-live-frogs is overused, but apt.

The metaphor of how-to-boil-live-frogs is overused, but apt.

We have tens of millions who think: “We’ll just go along with his, they’ll be satisfied and we can get back to normal.” This level of stupidity shouldn’t be allowed to procreate. I’m counting on Natural Selection to take care of them.

I was metaphorical when I said the de Blasio would replace Jefferson with Marx or some other far leftist icon. De Blasio is the real deal. He is an old communist who supported the far left revolutions in South America. He is a dangerous person, who should have never been elected Mayor of New York. Given the idiotic mindset of the voters there, they were desperate to elect a loud mouthed leftist no matter how bad he was.

They would have elected sex pervert, Anthony Weiner, if he had not been caught and sent to jail. This is what passes for intelligence and sophistication in the political arena in New York City.

I think the key to understanding New York’s progressive voters is the same as the key to understanding progressive voters everywhere. They virtue-signal, but are wealthy enough to avoid the consequences of their voting. They live in effectively racially-segregated neighborhoods, but the screening out is done by income. So their public schools are safe, and of relatively high quality.

BUT … that is starting to change. The REAL progressives want to take a lot of Black youth and get them into those nearly-all-white nice public schools. They are closing down the ‘Gifted and Talented’ programs, because, even with Affirmative Action, not enough Blacks can pass the tests.

But wait … this means our virtuous white liberals are going to have to face reality! And they don’t like it! They really don’t want to bring South Chicago to their nice neighborhoods.

So I think we’ll see some fireworks in New York.

Yes, my uber-liberal niece has begun to change. She lives in an expensive “chicken-coop” co-op in NYC with her husband and two children. She has turned on de Blasio and the New York’s no bail law for criminals.

When she went to high school in Germany, while he father worked there as an executive, she spoke of “The States” as a backward, reactionary place. She has turned a little, but she and her husband will always vote like New York City residents. She will ignore the policies and vote the party.