California Bill Would Allow Killing Babies in Infanticide Up to 28 Days After...

California policymakers who make up the “Future of Abortion Council” just dropped a bombshell. They intend to not only codify the killing of unborn children throughout all nine months of pregnancy but to decriminalize killing newborns days...

Governor Newsom formed the “Future of Abortion Council” last year in an effort to turn California into a “sanctuary state” for the procedure. Organizers listed AB 2223 as part of their legislation package implementing a 45-point plan to “expand and protect access” to abortion in California.

A few weeks ago, Maryland introduced a bill that “decriminalizes neglecting newborns to death” using the same “perinatal death” language, though the bill hearing was canceled. In 2019, Virginia Governor Ralph Northam was widely condemned for a radio interview asserting doctors could decide to allow children to die after birth “if that’s what the mother and the family desired.”

The following legal experts, all based in California, asserted that AB 2223 would essentially legalize infanticide:

AB 2223 is not only a pro-abortion bill – it removes all civil and criminal penalties for killing babies born alive under any circumstances. The bill expressly authorizes any person to facilitate late-term abortions and infanticide without legal repercussions. Life Legal condemns the use of euphemisms like “personal reproductive decisions” and ‘reproductive justice’ to justify and encourage the killing of babies in and outside the womb. – Attorney and Chief Executive Officer Alexandra Snyder of the Life Legal Defense Foundation

California lawmakers have crossed a red line by seeking to legitimize the killing of hours-old and even week-old infants. This is not about expanding abortion rights; this is a degree of evil that the overwhelming majority of Americans, regardless of how they identify politically, cannot stomach. We will be working to defeat this insane and diabolical bill. – Attorney Matthew McReynolds with the Pacific Justice Institute

AB 2223 seeks to legalize the killing of babies in California after birth. Depending on how the term “perinatal” is interpreted by the courts, this bill legalizes the infanticide of children several weeks after their birth and possibly as late as their first birthday. If this barbaric bill is enacted, there will be no criminal or civil liability for the mother or those who assist her with killing her baby post-birth. – Attorney and President of the National Center for Law and Policy Dean Broyles

Under the guise of “reproductive health,” this bill seeks to decriminalize killing babies not only in the womb, but also even after the baby is born. This is the most extreme, anti-life bill in California’s history. It legalizes infanticide, plain and simple. – Attorney Nada Higuera with Tyler & Bursch, LLP

In California under AB 2223, former Philadelphia abortionist Kermit Gosnell, who murdered three infants born alive after botched abortions, could not be prosecuted. And incredibly, someone like Gosnell who helped a California mother kill her newborn after birth will actually have a cause of action to sue police for investigating the matter if AB 2223 becomes law. – Attorney Susan Arnall, Esq., Director of Outreach, Right to Life League

Seriously, this took 5 seconds of google:

PolitiFact - No, this California bill wouldn't allow mothers to kill their...

The alarming news about a new California law came in the form of a headline shared on Facebook. "California introduces n

They will literally believe anything at this point.

this took 5 seconds of google

You Googled fake news (everyone knows Politifact is fake news) and then you posted fake news. Well done. 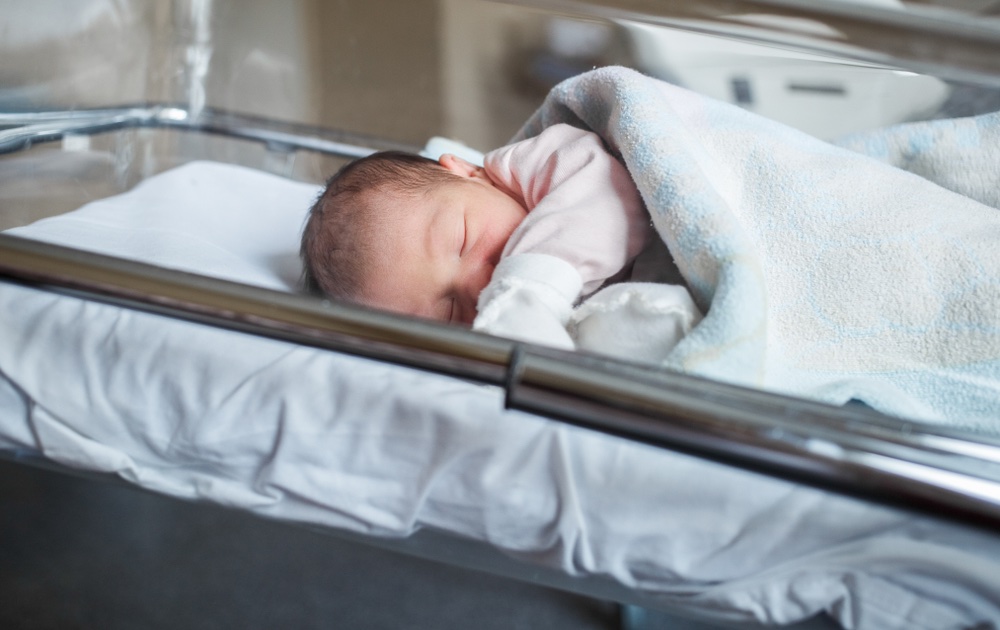 Pro-abortion California bill could legalize infanticide for months after...

AB 2223 'is beyond the pale for any civilized society to even consider, and must be aggressively opposed by all people of conscience who value human life.'

AB 2223 was introduced in February as a placeholder for future legislative language amid a raft of pro-abortion proposals advanced by lawmakers, following radically pro-abortion Democrat Gov. Gavin Newsom’s promise to make California a “sanctuary” for abortion, Right to Life League reported.

Under the new language, a “person shall not be subject to civil or criminal liability or penalty, or otherwise deprived of their rights, based on their actions or omissions with respect to their pregnancy or actual, potential, or alleged pregnancy outcome, including miscarriage, stillbirth, or abortion, or perinatal death.”

Thomas More Society Special Counsel Charles LiMandri, a partner at LiMandri and Jonna LLP who earned his law degree at Georgetown University in Washington, D.C., told LifeSiteNews in an email Saturday that the altered language would allow for “the brutal murder” of babies weeks, months, or even years “after they are born.”

According to LiMandri, the proposal “exposes the false narrative that the abortion lobby has been peddling for over half a century: That no one knows when life begins, and babies in their mothers’ wombs feel no pain. No sane person can deny that a newborn infant is a fully developed human being, one that is capable of feeling intense pain. Yet, by including ‘perinatal’ in its provisions, [the bill] would authorize the brutal murder of these infants even after they are born.”

LiMandri, an author and lecturer who has appeared and been published nationally and internationally, noted that the definition of the term “perinatal” varies, spanning weeks or even years after an infant is born.

He cited MedicineNet which puts the definition of “perinatal” at ending “1 to 4 weeks after birth,” as well as the government definition of the phrase via PubMed.gov, which states: “The perinatal period, broadly defined, encompasses the time frame from … 18 to 24 months after the birth of the child.”

“Hence, [AB 2223] leaves one to ask: ‘What kind of depraved monsters would justify the killing of innocent and helpless children between one week and two years after their birth?’” LiMandri said.

According to LiMandri, the radical legislative proposal “is beyond the pale for any civilized society to even consider, and must be aggressively opposed by all people of conscience who value human life.”

They will literally believe anything at this point.

So now your taking issue with gross generalizations?

You didn’t have a problem with this:

Which California Democrats? All of them?

I was vague and overgeneralized on purpose. To see if anyone would take issue.

You can’t see the hypocrisy here?

Democrats are the party of infanticide. It is nothing new. There is a year old thread here on it that I found and I bumped and was interestingly ignored.

Rhode Island Gov. Gina Raimondo is pushing a radical pro-abortion bill in her state while claiming to be Catholic. The legislation, which contradicts the teachings of the Catholic Church, would legalize abortions for basically any reason up to birth....

Two states are about to vote on bills that could legalize infanticide up to 28 days AFTER a helpless baby is born. This is sick.

Fact-checkers tried to shut down the American Center for Law and Justice’s legal arguments, but now the legislature’s legal analysis agrees with the ACLJ. We can DEFEAT the abortion industry. We know the abortion lobby worships at the altar of abortion. It’s trying to make Roe v. Wade PERMANENT in every state and through Congress, even if the Supreme Court overrules Roe. And now infanticide.

The ACLJ is directly engaged in nearly 50 legal and legislative actions in 28 states to defend life and defeat Planned Parenthood – with looming deadlines next week. Tax Day is in JUST TWO DAYS, and President Biden is about to force America to directly fund abortion with tax dollars.

Fact-checkers tried AND FAILED to discredit the ACLJ’s legal work. Now California’s pro-abortion-majority committee legal analysis has confirmed the bill’s language could lead to this “undesirable conclusion . . . including the death of a newborn for any reason during the ‘perinatal’ period after birth.”

I recently told you about California Assembly Bill 2223, which contains a provision preventing any person from being subject to civil or criminal liability “based on actions or omissions with respect to their. .. alleged pregnancy outcome, including....

ACLJ's Massive Fight for Life Across 28 States | American Center for Law and...

The ACLJ is actively working for life in 28 states, engaging in nearly 50 legislative and legal actions, standing up for the unborn and fighting to defeat Planned Parenthood. This comes as we wait for the most monumental pro-life decision in a decade...

Here is the Maryland Bill.

Show me where it says that a parent can terminate pregnancy post birth.

Show me where it says that a parent can terminate pregnancy post birth.

I am not going to argue with someone who wants to deny reality. Democrats have been promoting infanticide for years now. If you want to deny reality, then go get a room with Adam Schiff. He will tell you some nice Russia Collusion fantasy bedtime stories.

California AB 2223 would shield a mother from civil and criminal charges for any “actions or omissions” related to her pregnancy, “including miscarriage, stillbirth, or abortion, or perinatal death”, and “perinatal death” includes the demise of newborns seven days or more after birth.

The bill also protects anyone who “aids or assists a pregnant person in exercising” these rights. It also allows a woman to sue any police department or legal authority which arrests or charges her for hurting or killing her child under provisions of the bill

Translation: You can now murder your newborn baby.

As I said before, these legal experts, all based in California, asserted that AB 2223 would essentially legalize infanticide:

For the conservatives here, does this kind of laser focus on issues bother you? I half suspect The infanticide conspiracy theorists are egged on by Democrats. If I were a propagandist favoring the Democrats, I’d be pushing these kinds of stories.

These people get so focused on this obviously fake and outlandish story that the Democrats can more easily hide other stuff they actually are doing. Furthermore, if the benchmark is set to “infanticide” then literally anything else Democrats do won’t seem so bad in comparison. The final nail in the coffin is that it serves to split the conservatives, only the fringe really believe in this stuff and it’s off-putting to the moderates.

You seem to have a serious problem accepting facts and reality…

The real question to ask is why you are so comfortable with a sociaty that kills full grown babies, and why you want to stick your head in the sand about the fact that it is being pushed forward in society.

In another thread, I asked, “Exactly what is this forum all about, and its mission?”.

You snottily responded, “Something about challenging each other and expanding our perspectives. If you’re looking for an echo chamber, this isn’t it”

I see no willingness on your part to examine actual facts or “expand your perspectives.” When facts are presented you resort to name calling, calling people “conspiracy theorists”.

These laws and bills being sent through legistalues are not theories, they are real. And the people who weant to legalize full on infantocode are real.

The American Center for Law and Justice is not a fantasy theory. They are real lawyers fighting this evil.

Your post is both ignorant and insulting, it is hypocritical compared to what you said in the other thread, and its not in keeping with a civilized society.