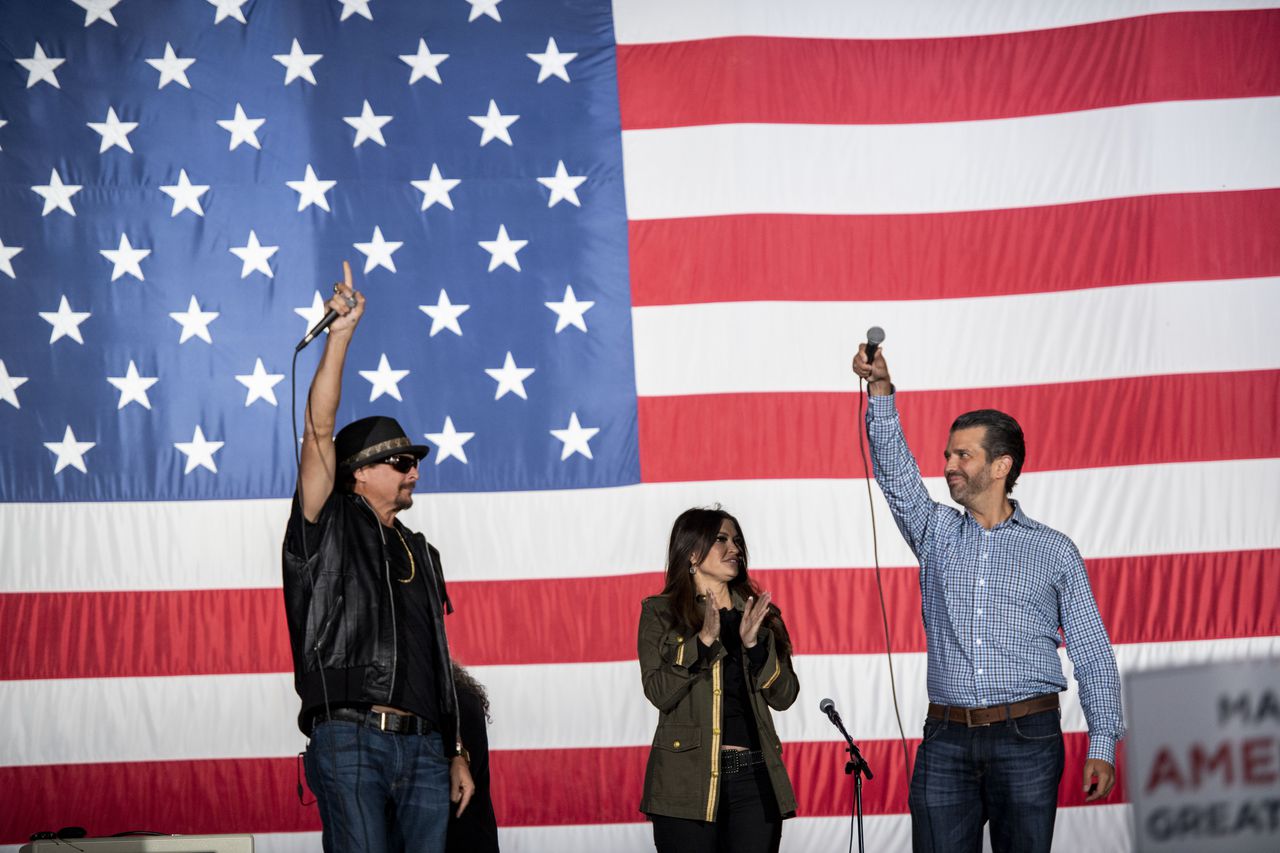 The president's son held a well-attended rally in Macomb County.

Trump Jr. said Macomb County is the home of working-class “blue dog Democrats" who are leaving the party. He said Biden is responsible for losing more working-class jobs than any politician in history through his support of bad trade deals.

“Joe Biden has decimated American manufacturing," Trump Jr. said. "He’s going to have you believe that now, after half a century, he’s going to change things. Is anyone that stupid?

President Trump said he’s running for reelection to “keep jobs in Michigan” during a rally in Freeland last week. Michigan employment rose by 128,577 jobs from February 2017 to February 2020, before dramatic job losses caused by the coronavirus pandemic.