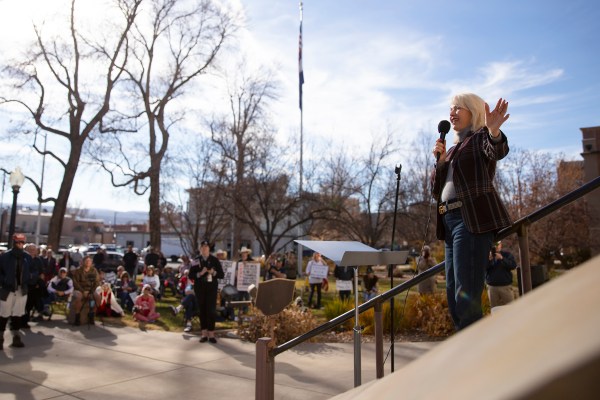 This is special, savor this moment, just close your eyes and let the irony flow.

Also generally note their absence. This is their site and they only comment on low hanging fruit.

Why bother to debate it? The election is over, and your man and woman is in the White House. Now the debate is about “buyers’ remorse” as the realization sinks in that Biden and Harris aren’t up to the job.

When you look them, you know that Harris was the perfect running mate for Biden. She is so bad that many Americans shutter to think what it will be like with her leading the country. Therefore, Biden is safe because the alternative is worse. It would be great if Harris could laugh though the issues we face, but she can’t. She is pathetic.

She is totally incompetent, and the amazing thing is that her staff is a bad as she is. One would have thought that she her staff would have supplied her with responses to the questions she would have faced yesterday in Poland, but they didn’t. The rumors are she treats the people who work for her so badly that they chose to resign. Many of the better people have left.

Given that the Democrats regard themselves as “a party for intellectuals” it’s amazing that the Donkey Party screwed up this badly.

This token from the 19th century, but it applies to the current vice president. The original target was Andrew Jackson in the 1830s. It was a satire on the fact that Harvard awarded an honorary Doctor of Law to Jackson, which outraged Whig Party alums like John Quincy Adams.

Trump and Andrew Jackson are like the same except Jackson shot like 10+ men in duels. Jackson was super conservative. Honesty we switched places in the 1930s and 1960s first on economics then on social issues. My party has more in common with Teddy Roosevelt than any Democrat of the 1800s.

What really flipping amuses me is they can’t elect any other candidate in the primary, they have to go with the known loser. It’s like some kind of Freudian psychology I don’t understand. The blue wall popped back up all though Wisconsin was sandbagging hard, we need Arizona and Georgia to hurry up and grow up like Virginia. My aunt says Arizona WILL be blue even this Governor Senate year. They could Run DeSantis pick off Georgia and Arizona with ease and go for Nevada. No they have to protect the queen bee at all costs all their hopes dreams and desires rest in his Grabberman Hands.

Them with Trump is like teenage girls slitting their wrists at a boy band concert. I need YOU SENPAI!!! aghah

Mark my words the Trump trajectory means they will bleed the white vote until they have to declare apartheid end of democracy.

The Desantis path is less fascist more democratic it attempts to sell the free market to Latino voters as a product.

Actually the Democrats started to flip to the left side of the political ledger in 1896 when they nominated William Jennings Bryan, @Unitedwestand.