more of the same, but this time over Gibson’s Part 2 Passion of the Christ. Seems Newsweek wants to make an issue of where Christ was for the three days he was in the tomb. 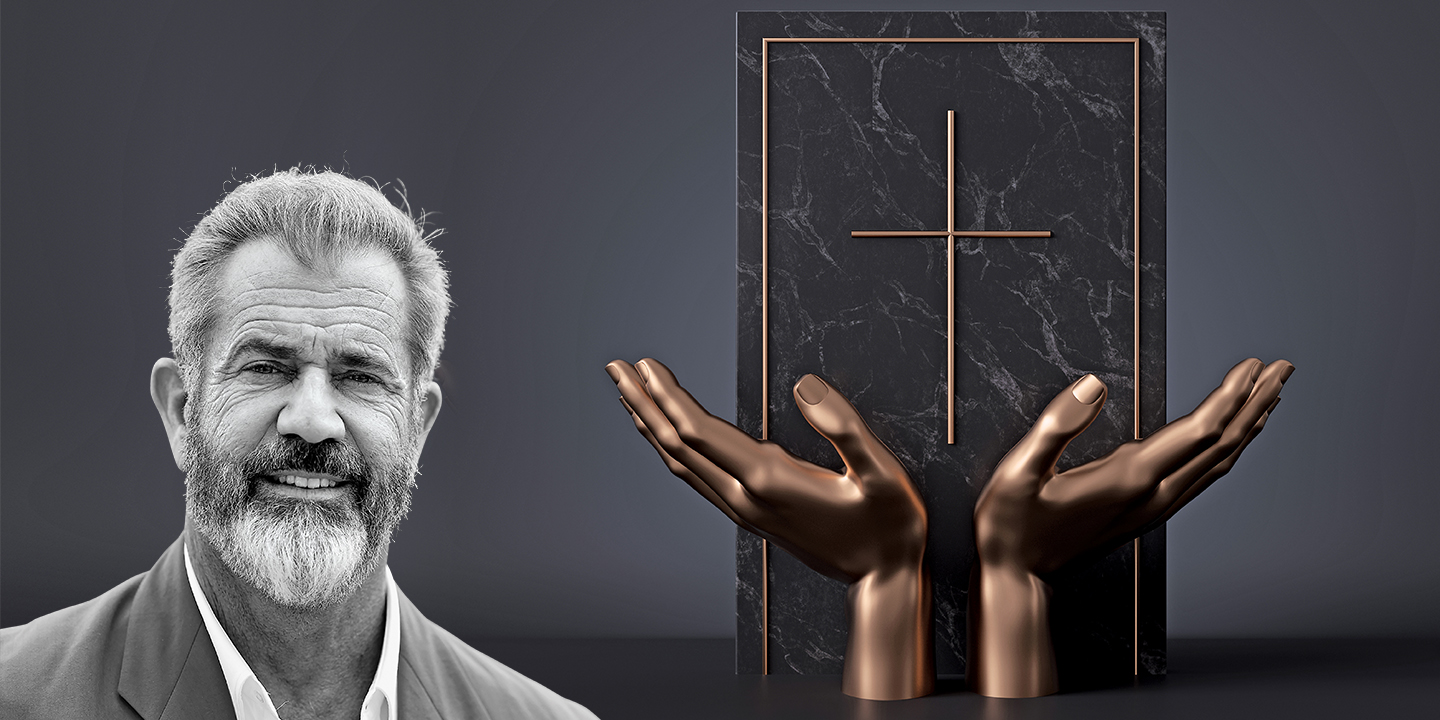 The script for Mel Gibson's forthcoming sequel to the 2004's The Passion of the Christ may touch off a theological debate among the evangelicals who supported the first film.

Mel Gibson is a Catholic. Despite his sinful escapades with various women after divorcing his wife, he is a practicing Catholic. So, whatever this newest sequel is, it’s going to be from a Catholic perspective. So, Evangelicals are going to find some fault in this movie. I can’t wait to see it. I will probably have to wait until it comes on cable. The last time I went to a theatre was when I went to see “The Passion of the Christ”. Incredible movie.

I own Passion of the Christ… but I have to prepare for an evening of weeping when I watch it. As a fundamentalist I had no problems with Gibson’s representation. I don’t know about evangelicals since I am not one. I would wonder how Gibson or anyone for that matter would portray the opening of the tombs and the formerly dead saints walking into town. That must have been mind blowing. for the risen dead and their survivors.

I know what you mean. I generally watch “The Passion of the Christ” on Good Friday. But even so, I too have to prepare myself because it is extremely gut wrenching. But then again, the movie doesn’t do the REALITY justice.

Do you realize that it’s the highest-grossing “R-rated” film in Hollywood history?

Yes, I knew that. It grossed somewhere in the vicinity of $600M during the first week. It went on to make more money as it traveled the globe. And, of course, the lefties in Lalaland wouldn’t allow it to be nominated for an Academy Award. (Big shrug)

Caviezel was made for that role.

The Oscars are a joke.

Do you know why they expanded the “Best Picture” nomination list from five to ten films? They said it was to allow fans to have a chance root for more of their favorite films. It was really so that they could have boutique, boring, lefty movies win instead of something that is entertaining that you might want to watch again in the future. More nominees splits up the vote so that PC movies always win.

I have not seen seen a “best picture” winner in years, despite the fact that I have probably 30 DVDs of them in my collection.

This years’ winner was a South Korean film with subtitles. I’m sure that they would have voted for a North Korean film if that nation produced anything more than rockets, atomic bombs and human misery.

Since I am dyslexic, that film would be hell for me to try to watch. I have no trouble with dubbing, but that’s not “cool” according to the purists.

Totally agree. I haven’t watched the Oscars since the 80’s. It’s all too PC. There was one film that won best picture and best actor (Adrien Brody) and that was “The Pianist”. IMO it is one of the greatest films ever made. I wouldn’t put it in the same “greatness” category as say “The Godfather” or “The Passion of the Christ”, but it was an incredible movie about an incredible man during an incredible time in modern history. If you saw the movie, near the end, when Capt. Wilm Hosenfeld goes to his desk to sign some papers, there is a picture on his desk. It is a picture of the real Capt. Wilm Hosenfeld and his family. Extremely awesome movie. But that was in 2002, so I can’t think of any movie since then that I would watch. They’re all trash.

I think I saw that. there are lots of movies that I think are worthy of notice but obviously not interesting to the powers that be in the movie industry.

Oh yes, there are many new, younger directors and producers who are trying to break out of the Marxist themed movies, but they get so ridiculed publicly that they can’t get to first base.

yeah…the way they block conservatives/republicans/Christians. I would have like to have seen more of Brad Johnson but being conservative and Christian he was locked out. He was another john wayne/James Garner in my opinion.

My favorite movie of all time is the Clark/O’Toole musical version of “Goodbye Mr. Chips.” I don’t think it won anything anywhere. I recently bought it from Amazon Prime. I highly recommend a colorized version of another movie from 1941. “Blossoms in the Dust”, starring Greer Garson and Walter Pigeon. If you can find it somewhere, it’s well worth the watching.

I’m not one for romance movies…not saying your recommendations are…I don’t know.

My own confession. Do you know the movie Shirley Valentine? Enchanted April?
and then Rear Window…i know you know that one.

“Blossoms in the Dust” is the story of Edna Gladney, the widow of the man who owned the Gladiola Flour Mills in Texas. She started the Texas Children’s Home…a place where unmarried women could come to have their children and people could come to adopt those children if the mother couldn’t (or wouldn’t) take care of them herself. Ms Gladney died in the early 1960’s and they renamed the The Texas Children’s Home the “Edna Gladney Home.” She, in the midst of the Great Depression, was solely responsible for Texas–followed later by every other State–removing the word “ILLEGITIMATE” from the birth certificates of children born out of wedlock. At the time, it cost Texas over $130K to accomplish this and it was in the middle of the Depression. She maintained there was no such thing as an “illegitimate” child"…only illegitimate PARENTS…and children shouldn’t be stigmatized for their lifetimes with the presence of that word on their birth certificates. When my wife and I adopted OUR daughter (at age 9 DAYS) from the Gladney Home, they had NEVER had a child taken away from adoptive parents. The ONLY such adoption agency in the country who could make that claim. Also, when we adopted our daughter, there were over 5,000 couples on the Gladney waiting list.

BTW, we are proud to announce that our now-age-41 daughter this past Saturday graduated with her JD degree from the OCU Law School!

For one: The first film was tragic and did not in any way deal with What or who Christ is, Why He was here, and Why He died. Hollywood has this insatiable need to fill in the blanks with made up fiction. For two: I have no use for movies, in any way shape or form, and the closest thing I come to on Television is watching NCIS and the Music channels. No three: I have no use for Mel Gibson, or any dilettante actor, who parade their disassociative lifestyles before the public. They also have this great need to tell the public how they should live.

For one: The first film was tragic and did not in any way deal with What or who Christ is, Why He was here, and Why He died. Hollywood has this insatiable need to fill in the blanks with made up fiction.

are you talking about The Passion of the Christ directed by Gibson? @njc17

I just found (and bought) this movie on Amazon Prime. “Blossoms in the Dust.”

Well, we all have our own tastes and preferences. I do not like romantic comedies. They’re usually pretty silly and boring. I don’t enjoy musicals. About the only musical I’ve ever liked was “South Pacific”. My aunt used to drag me to downtown Chicago theatres to see musicals because she loved them. I had a great time with my aunt. She was my best female friend and closest confidante. Sadly, she and my mother died within 10 months of each other.