When is enough enough? 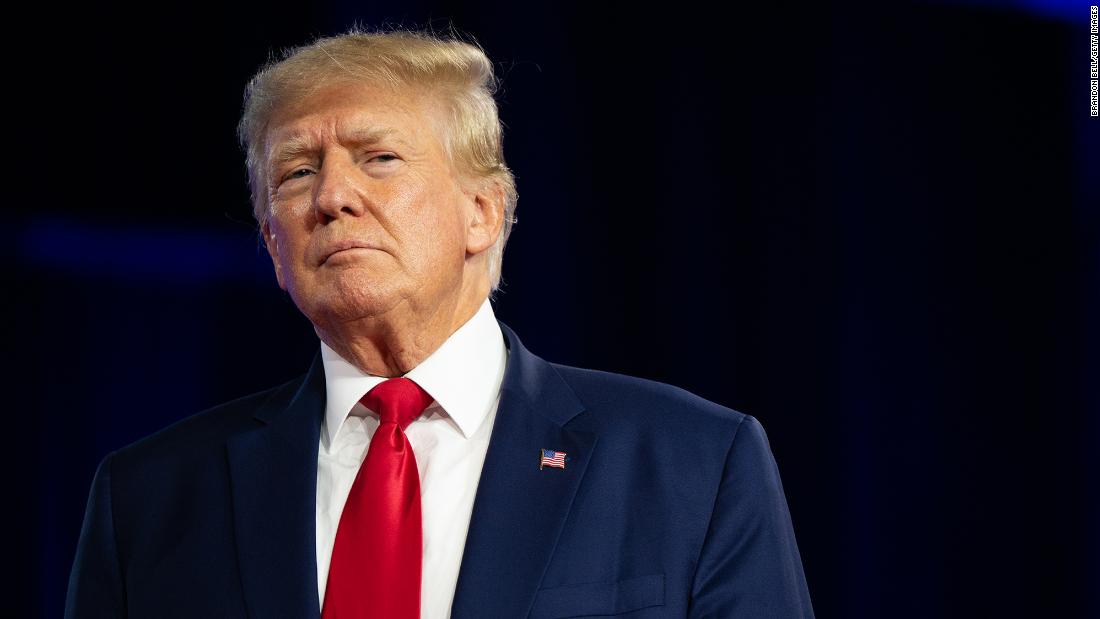 The FBI executed a search warrant on Monday at Donald Trump's Mar-a-Lago resort in Palm Beach, Florida, as part of an investigation into the handling of presidential documents, including classified documents, that may have been brought to Florida,... 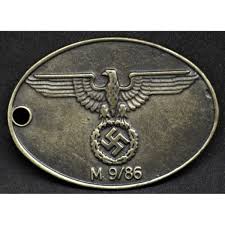 intimidation. Unconstitutional. The left wants to push us into making a move. Meanwhile they get away with killing ashli babbit. Turning the FIB into a weaponzed politicized arm of the Democrats. The BidenGestapo. If they killed her for no good reason do you think they would hesitate to take out a whole town of right wingers? That would fall right into their depopulation plans. The Cops, Military, doctors, FIB and federal gov’t are our enemy now.

Democrats are communists now. They’ll do anything. ANYTHING to hold onto power.

Or to put it another way, eff around and find out. I suspect if Hillary was shredding documents at her private resort y’all would have something different to say.

well that’s exactly what she’s done. President Trump has done NUTH THING. HELL…it’s been proven she set up the Ruscia ruscia ruscia thing and y’all don’t care about. You’re STILL denying it or ignoring it.

Everyone knows except the loyalists That this man committed many crimes. The question of charging him with something was more political than it ever was legal. Part of me wanted to see him walk because I was afraid of a precedent. One that would allow future presidents to face charges for increasingly minor crimes and that this would be politicized in the future. One can deduce Given the nature of who this man is. The prosecution Has to be 100% sure it can get a verdict not even 01% amount of failure. An exonerated an excused highly polarized political figure like this would be devastating. The president could’ve literally killed someone and if I were Merrick garland I would’ve just batted my eyes. The legal precedent is overwhelming. I think Nixon did what he did correctly by resigning and having Gerald Ford Pardon him. I often ask myself how this was an legal strategy of Donald is in the first place. When I went on my previous tirade I was very upset and no I’m not upset at the opposition. Upset at the whole system because we don’t view each other as the same country and I am so torn about that. It’s true we view each other as occupying others. This doesn’t help Surely.

Just exactly what crimes are those. SPECIFICALLY

Don’t expect a coherent answer!
It’s always some charge that the media reports as coming from a “source!”
After more than 5 years of investigations there is nothing!
The “honest” people in this country … left, right or independent no longer trust the media, the justice system and most especially … Biden and gang!

These are the same people going after Trump who went after him before and after he became President!
The same people who refused to go after Hillary, Eric Holder, Lois Lerner, Loretta Lynch, Pelosi and family, Hunter Biden or Joe!
See a pattern?

And yet there are still dishonest or … can’t think for themselves, brain dead individuals who prove that a cartoon really can reflect the leftists and their reality! 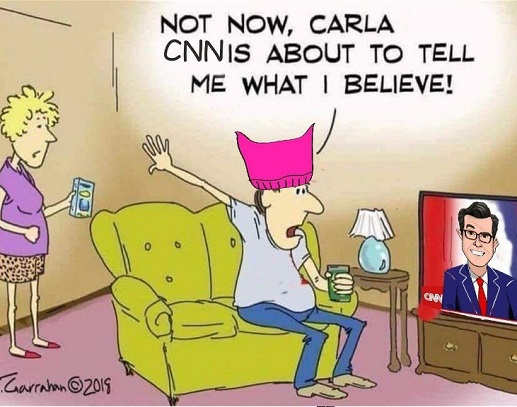 Somehow I don’t think Ron Desantis was briefed prior to the event.
The Secret Service have been assigned to all former Presidents for life. They have to be alerted to prevent a Blue on Blue incident. Likewise the Sheriff’s department,any private security for the compound, etc…
We may infer the following:
*Everyone knew, and I am sure SOMEONE WOULD HAVE TIPPED TRUMP.
*Trump is way too clever and astute to have a “smoking gun” document at his house
*The Feds MUST have realized this
*Therefore this is a sham, a Power Demonstration of the Left, and a desperate attempt to prevent a return to reality in the country.
Oh yeah… the January 6th Kangaroo Court& Biden have authorized this witch Hunt.
Oh dear… this may mean Joe gets another COVID RELAPSE to keep his mouth shut!

Or to put it another way, eff around and find out. I suspect if Hillary was shredding documents at her private resort y’all would have something different to say.

That’s just it. I don’t know if they have anything on Trump or not, but Hillary’s had her hand in to cookie jar time and again, and the FBI has done exactly jack diddly poop. She could have a smoking gun, a bloody knife, and a corpse in her trunk, and the FBI would d*** around for a couple years to give her time to get rid of the evidence.

The left would do well to hope everyone gets amnesia concerning Hillary’s conduct with her private papers and information storage devices. She had as time as she needed to destroy her evidence.

The optics on the conduct of the Justice Department and the FBI toward Republicans is terrible. It’s always raids with guns drawn, leg irons and early morning and late night raids. The targets of these extreme measures have been non-violent defendants. Yet, the news media covers up for this behavior.

Why do they use such strong arm tactics? It’s send a message that if you oppose us politically, THIS could happen to you. The Justice Department has been politically weaponized. Now the Democrat Congress has voted to expand weaponize the IRS. That agency has far more power to persecute the political opposition than the FBI because it does not need a judge to sign off on their tactics.

One excuse Democrats are claiming for this is that they are looking for an excuse to use to prevent Trump from running in 2024. I find that ironic since Trump might be one of the weaker Republican candidates. Although Trump’s supporters are hugely committed, he has many middle of the road people who oppose him.

Those of us who wish that Trump would not run, don’t want to see Trump barred from running. He has a right to run, and actions, like this raid can only enhance his support.

Although I won’t vote for him in the primaries, this has solidified my support for him in the general election. We are going to be a total police state if we don’t kick the Democrat Party out of power. The Democrats are acting like Nazis. Perhaps they are Nazis.

BREAKING: Judge Bruce E Reinhart, magistrate judge for the Southern District of Florida, used to work for Jeffrey Epstein and was the one who signed the warrant to green light FBI raid on Trump. @GeneralMCNews

(Imagine me laughing myself silly for a few min…)

(Now imagine me regaining my composure)

So now being associated with people is enough to assume their motives?

That’s just it. I don’t know if they have anything on Trump or not,

Agreed, but there is a process of evidence and the DOJ will go though it.

And yet, even when Republicans control the Executive and Representative branches of government and grill Clinton for more than 10 hours (10 more than Trump), they get nothing. Nothing. because the media on the right has spent so much time convincing you of wrongdoing while in reality, it was exactly what the right always claims of Trump. A witch hunt.

ohforcryingoutloud of COURSE THEY DON"T HAVE ANYTHING ON TRUMP> How many TIMES do YOU HAVE TO GO THROUGH THIS.

Just exactly what crimes are those. SPECIFICALLY

“a criminal conspiracy to defraud the United States.”

“obstruct, influence, or impede an official proceeding of the United States.”

“Wire fraud” (After collecting money from doners pledging to fight the results of the election, never actually fighting the results and then funneling the money into political action committees ect).

In Georgia we have the possibility of:

Interference with performance of election duties

Of course these are all just allegations, we’ll no more as time goes on. Anyone of these on their own probably wouldn’t amount to much, but taken as a whole with Trumps other behaviors (refusing to protect the capital (and now we’re hearing enjoying watching it happen), grifting on a scale that would make Elizabeth Homes blush, and just being a giant turd of a person.

ohforcryingoutloud of COURSE THEY DON"T HAVE ANYTHING ON TRUMP> How many TIMES do YOU HAVE TO GO THROUGH THIS.

And ironic as you probably chanted with Trump and Flynn during Trump’s first election campaign; “LOCK HER UP, LOCK HER UP!!!”…

Now Trump is about to be indicted for crimes, and who knows, might get locked up. Oh the sweet irony. Trumpublican tears taste delicious.