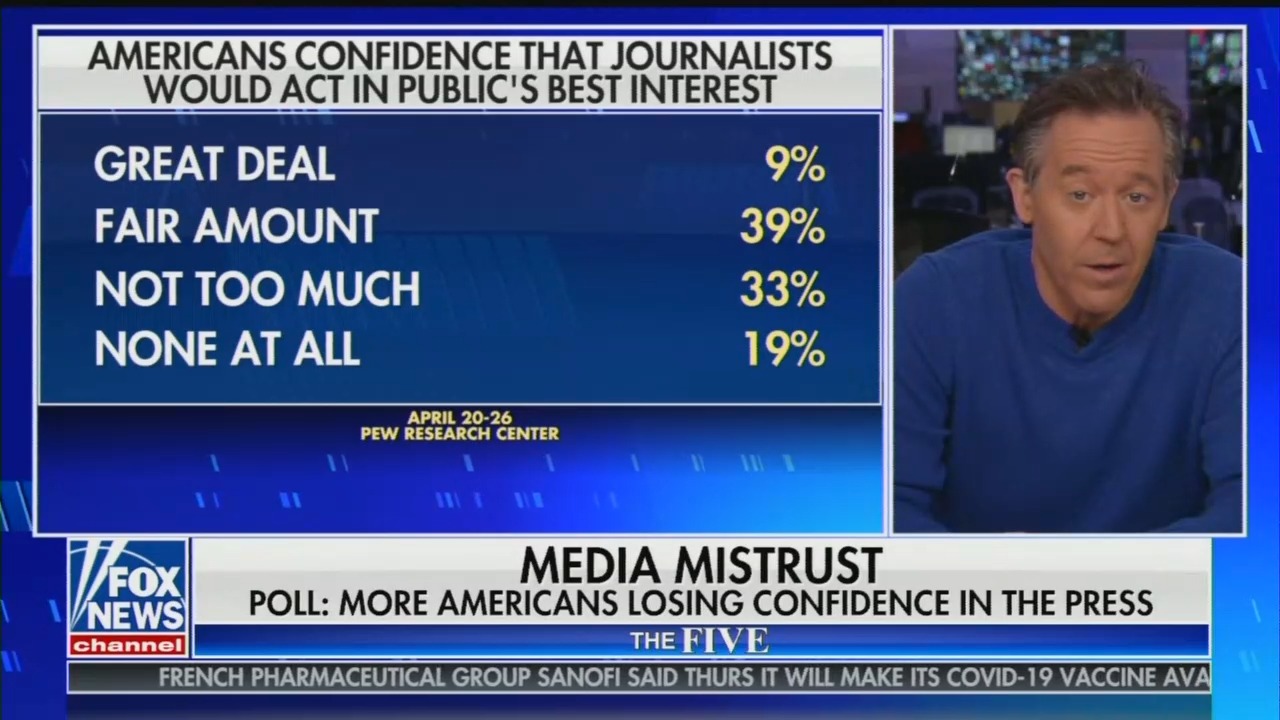 Gutfeld Scorches 'Broken' Media in EPIC Monologue: Division Is Their...

Fox News host Greg Gutfeld delivered a scathing monologue on media mistrust during Thursday’s edition of The Five. He spoke about “a new poll about the reliability of journalists” that “comes from Pew, which makes sense because it stinks for the...

The poll found that only ni(n)e percent of Americans have a great deal of confidence in the media. Gutfeld showed multiple montages illustrating why the public’s mistrust of the media was justified. At the end of the first montage featuring media personalities talking up the narrative of Russian collusion and proclaiming “the beginning of the end of the Trump presidency,” Gutfeld surmised that “the numbers would have been worse were it not for Fox News.”