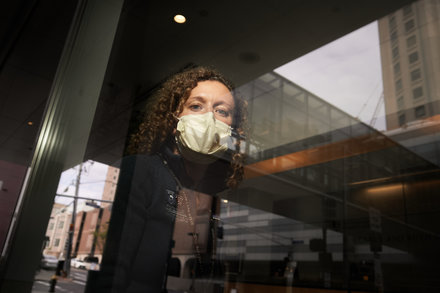 To My Patients’ Family Members, My Apologies

I hope I held the iPad still enough so that it didn’t shake while you were saying the things you would regret not saying.

I’m sorry to you, too, for the night I called at 2 a.m. to tell you that your father was dying. You were startled, your voice thick with sleep. I’m sorry that you could not come to see him, but you knew that our hospital rules at that time dictated that only one person could visit, and that one person would be your mother. Which meant that you would say goodbye on FaceTime.

I hope I held the iPad still enough so that it didn’t shake while you were saying the things you would regret not saying. I wanted you to feel as though you were alone in that room, to forget for a moment that your surreal farewell was being facilitated by a doctor you had never met, who was also thinking of her own parents and hoping the seal on her N95 was tight enough.

I should apologize to your elderly mother, too, left alone at the bedside in her grief as her husband died. In a different time, you would have been with her. You would have been together for that sad walk out of the unit when it was all over.

We owe it to ourselves and this country not to allow the left to make any of this ‘normal’.