I have no idea who Trump will pardon if he pardons anyone at all (though I think we’ll see a few), but I’d like to see some of you state your opinions before it happens if it happens.

I think Trump will issue pre-emptive pardons for all of his kids (well, except Tiffany and Baron), his son-in-law and Guliani and perhaps even himself.

I don’t think the use of pardons will end there mind you, but those are the ones I think he’ll definitely pardon.

Now, most of those have not been charged with crimes, Guliani being the possible exception and maybe Don Jr in an indictment we haven’t seen.

So, how do you guys feel about pre-emptive pardons?

Myself, I’ve never cared for the pardon power the way it’s been used. Sure there are some good examples of using the pardon power, but there are also some very poor ones (both D’s and R’s have abused this power IMO).

So instead of speculating on who is going to be pardoned, if anyone, or whether they should or not because I know already that argument is over before it starts, my question is a simple one…

Should the President be able to pardon people before they’ve been charged with a crime and if so, how do you think it should work?

I mean, in order to accept a pardon, you have to admit your guilt. If that’s the case and you haven’t been charged with a crime, how does one do this?

Let’s say Kushner accepts a pardon. Is he expected to document all the laws he broke and then from that point forward can’t be charged with crimes related to whatever he’s admitted guilt? Or do you think the President should wave his hand like a priest on Easter sharing a blessing and simply wash away all of your crimes in the past and in the future?

If after Trump leaves office and someone that received a pardon is investigated for something unrelated to specific admission of guilt upon which a pardon was granted, can they be charged and convicted? How far back in the past should a pardon extend? Should it be limited to Trump’s term in office, or should it go back farther?

And of course, there is the absurd idea that a President can pardon himself. I’m afraid to ask, but I assume there are at least a few of you here who believe Trump should be able to pardon himself. But if a Dem tried to do it, you’d find reasons they couldn’t.

Does anyone want to take a crack at this?

First off, a President’s power to pardon extends to possible (or charged) Federal crimes. He probably cannot pardon someone for a local or State crime. Secondly, a President CAN issue a blanket pardon for anyone–for federal crimes–including himself. That MAY not insulate him or anyone else from being charged with a State or Local crime. Article II, Section 2 of the Constitution says that the President “Shall have Power to grant reprieves and pardons for offenses against the United States..” Some might assert that includes State and Local crimes as well. I don’t think it’s ever been really tested.

First off, a President’s power to pardon extends to possible (or charged) Federal crimes.

President CAN issue a blanket pardon for anyone…

But in order to receive a pardon, you have to admit guilt for that which you are being pardoned for, no?

So…That said, my question is do you think the pardon needs to detail what the person is being pardoned for?

How far back does the pardon go? How far forward?

“Shall have Power to grant reprieves and pardons for offenses against the United States. .”

But this will most certainly be tested and I’ll make another prediction.

Trump will undoubtedly try to Pardon himself. And…

He might try a blanket pardon forgiving himself of all federal and state crimes without detailing what those crimes are.

That will NEVER, EVER hold up in a court of law and any pardon granted under these auspices eventually be struck down by the very conservative SCOTUS.

But even if he does state the crimes for which he wants to receive a pardon, it still won’t hold up in SCOTUS because you cannot grant to yourself a pardon (or anything else for that matter).

We say we are giving something to ourselves, but, logistically you are taking, not giving. You can only give or grant to others not yourself.

But to be clear, I want to know if you think:

There is so much virgin legal ground here that’s never been tested.

” Some might assert that includes State and Local crimes as well. I don’t think it’s ever been really tested.

Lastly, having to do with pardons.

Those that have accepted them can be compelled to testify and can no longer exercise their 5th amendment rights with respect to the crimes they have been pardoned for? Yes?

Wrong. You don’t have to “list” the crimes that may have occurred when issuing a blanket pardon. All you need to do is state that the pardon extends to any crimes that may be alleged to have occurred. And no, you cannot pardon someone for possible “future” crimes. That would give someone carte blanche to commit murder, treason, child rape, etc. without fear of the law…assuming the recipient were prone to DO such things, of course.

Nope. You cannot be compelled to testify against your own interests…period. What you’re thinking of is a grant of “blanket immunity” which this isn’t.

But in order to receive a pardon, you have to admit guilt for that which you are being pardoned for, no?

I don’t think so. There’s been talk of him pardoning General Flynn (and if search results are right, he already did so) when he didn’t plead guilty to anything so far as I know.

That may be the technical legal definition (this is the first I’ve heard of it), but I don’t think it means anything morally any more than settling a frivolous lawsuit for a few thousand dollars to save a few hundred thousand on attorney fees.

Which President Trump did dozens of times when threatened with lawsuits from gold-diggers.

I don’t think so. There’s been talk of him pardoning General Flynn (and if search results are right, he already did so) when he didn’t plead guilty to anything so far as I know. 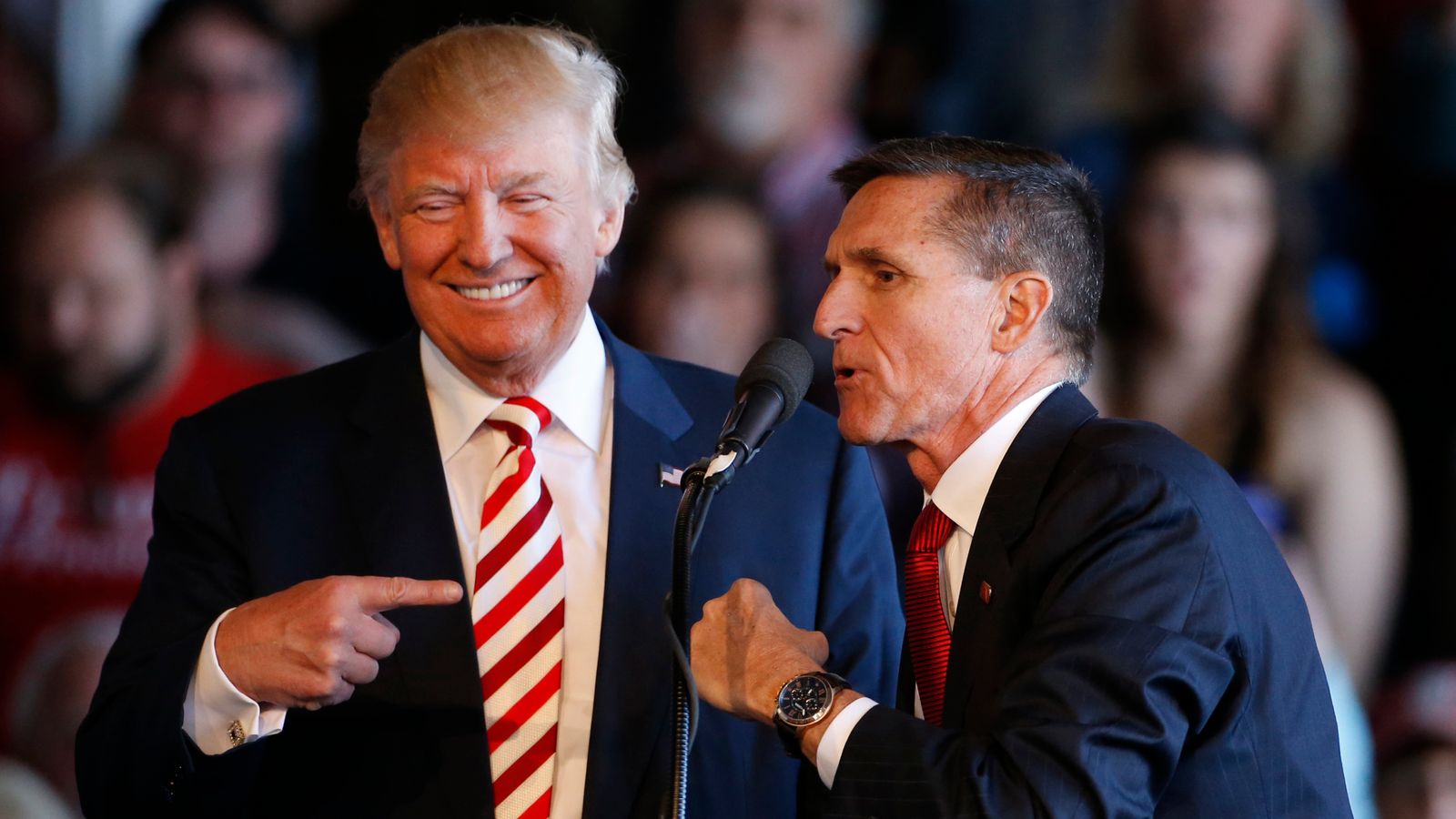 The pardon spares the outgoing president's associate the possibility of a prison sentence. 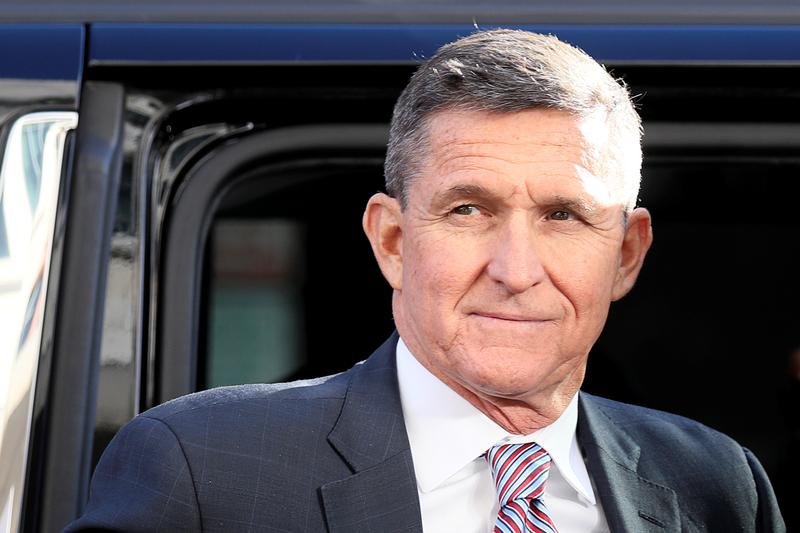 President Donald Trump on Wednesday pardoned his former national security adviser Michael Flynn, who had twice pleaded guilty to lying to the FBI during the investigation into Russian meddling in the 2016 presidential election.

Nope. You cannot be compelled to testify against your own interests…period

A friend of mine asked me this question, so I researched it; the answer, turns out, is yes: A person may refuse to testify, even when subpoenaed, on the grounds that the testimony may expose him to criminal liability. But if the prospect of criminal liability disappears—whether because he has been granted adequate immunity by prosecutors, or because he has accepted a presidential pardon—then the privilege against self-incrimination also disappears. “[I]f the witness has already received a pardon, he cannot longer set up his privilege, since he stands with respect to such offence as if it had never been committed.” Brown v. Walker (1895); see also, e.g., Nixon v. Sampson (D.D.C. 1975) (yes, that Nixon). (Remember that, as with President Richard Nixon, a pardon can preclude future criminal prosecutions, and not just erase past ones.)

Nope. That is NOT the law. You can subpoena me all you like and I have no obligation to testify, regardless of any grants of immunity or pardons that may have issued. You can ask any question you like, but I cannot be compelled to answer them…period. I’ve seen that very thing multiple times in court proceedings and bogus, political “investigations” are no different. “Privilege” has nothing to do with it. You cannot compel someone to talk if they refuse to do so…for any reason they deem adequate.

I admit I’m no legal expert. I suspect these questions will be tested in the years to come.

I remember clinton pardoning terrorists. Did you have a cow over that hypocrite?

I remember clinton pardoning terrorists. Did you have a cow over that hypocrite

Which terrorists are you referring to?

The FALN terrorists from Puerto Rico that shot up Congress, maybe?

Which terrorists are you referring to?

you are ignorant. If you don’t know these simple things you shouldn’t be running your mouth on this board.

Then I stand corrected.