The Left – more precisely government bureaucrats influenced by or afraid of the Left – allows some people to get away with it: 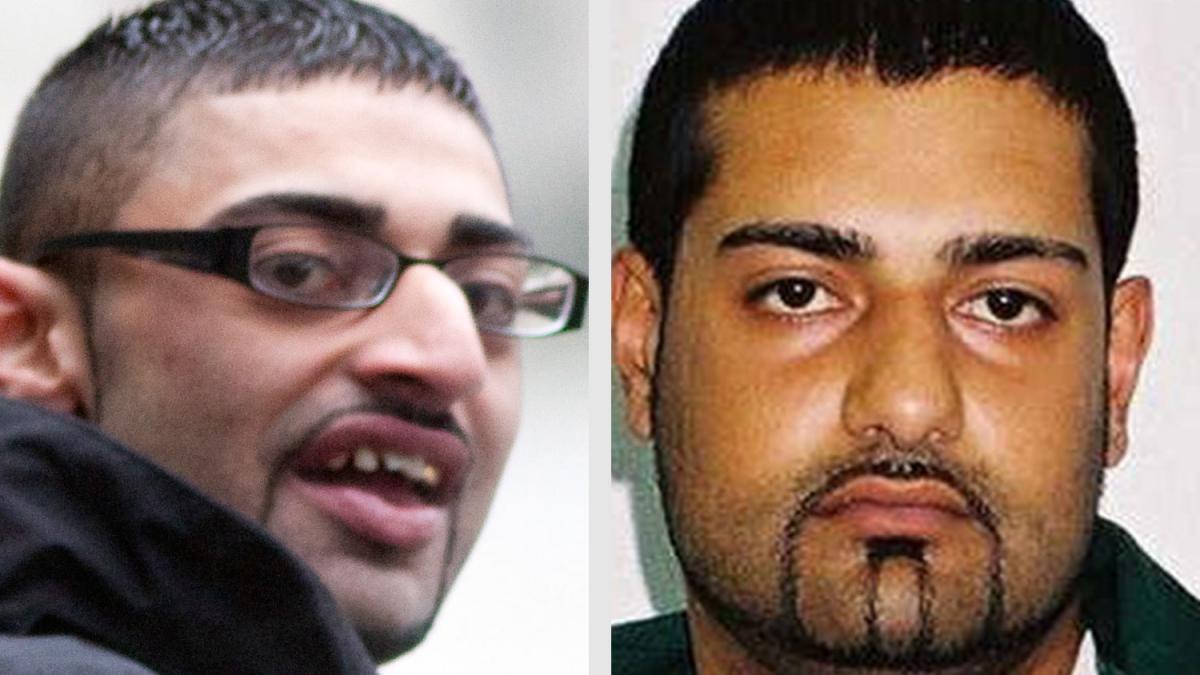 The official inquiry into child abuse has been asked to investigate claims that police and social workers failed to tackle gangs that targeted girls over a 40-year period.Three girls are reported to have been murdered by paedophiles who are estimated...

Can you guess why these men were allowed to sexually abuse girls for years?

Can you guess why these men were allowed to sexually abuse girls for years?

I’m guessing you want me to think the left?

No, I doubt the abusers are leftists, or have any serious political ideology at all.
Guess again.

Are you surprised that the party of homosexuals and transgenders is also the party of groomers and pedophiles? They groom little children in schools like the pedophiles they are, big Left Corporations like Disney groom them through media . . .

The Democrat Left are sick perverts. Now they are exposed.

No, I doubt the abusers are leftists, or have any serious political ideology at all.
Guess again

You are wrong. YOU guess again. The Democrats got angry when DeSantis punished the groomers at Disney. They pulled theor own covers.

No. I don’t believe that is the case here. I doubt any of the leftist counsellors in Telford (UK) were themselves paedophiles, and in fact the child abusers were basically just going after vulnerable young white girls. It’s true that in their culture, women should do what they’re told, and they’re fair game from puberty on up, but that’s not quite the same as Western paedophiles.

Here’s a thought experiment: if the men grooming these young women had been white, and especially if they had been members of some Christian cult — I believe the police would have been ordered to fall on them like hawks.

White Leftists are driven by guilt. In this case, race/ethnicity/religious guilt. When they have power, they transmit the results of this to normal people who just want to keep their jobs.

So, a few years ago, we had a concert for children in Manchester. An immigrant from Libya decided to show his gratitude to Britain for taking him in by murdering a lot of these children, which he succeeded in doing. But before he detonated himself with his backpack full of explosives, he was walking up and down outside the concert … probably working himself up to do it. Someone saw him, was suspicious, and alerted a security guard… but the guard did not intervene… because the suspect was a Muslim and he (the security guard) did not want to be considered a racist.

“On 22 May 2017 at 22:15 a member of the public reported Abedi, wearing black clothes and a large rucksack to Showsec security. A guard observed Abedi but said that he did not intervene in case his concerns about Abedi were wrong and out of fear of being considered a racist.”

This is what the modern-day Left leads to: the sexualization of children, their outright abuse and murder … because they are driven by race guilt, sex guilt, sexuality guilt.

No. I don’t believe that is the case here

What you believe is neither here nor there:

Democrats have been the party of homosexuals for year.
Democrats are the part pushing transgenderism.
Everyone one of those filthy transgender and homosexual teachers who are grooming children are Democrats! And the Democrat party supports them all.

Democrats are the party of all manner of evil and perversion. Why are you defending that.

In the first place, the grooming incident in my post was in England. The groomers/rapists/ and possible murderers were not pursued, because they were Asian (which in the UK, means from the Indian sub-continent, mainly Pakistan.) The Left is driven by guilt, and so they didn’t do anything about it, because on the Oppression Hierarchy, race trumps sex.

I see we have a difference about homosexuality and transgenderism. My view is, what you do to yourself, or with another adult in the privacy of your own home – ‘you’ being an adult – is none of my business and none of the government’s business.

And my personal reaction to it is none of anyone else’s business. (I grew up in Texas in the 1950’s and no doubt have at least remnants of all the deeply-ingrained racial and sexual and other prejudices of the time of my formation.)

Note that there are some very good gay conservatives, and at least one excellent transgender conservative scholar. It would be a tragedy if these people were driven away from the conservative movement.

The only legitimate issue is when these practices overlap with public policy. For example, I believe that discussion of homosexuality, sado-masochism, transgenderism should not occur in public schools. Not that these issues, at an appropriate age, could not be discussed rationally – but rather that given the Left’s grip on public education, they will be applauded. So keep discussion of them in the private sphere, until university.

At university – a genuine one, not a Leftist propaganda camp – of course these questions can and will be discussed, as happened recently at the ‘conservative university’ in Texas.
[ https://www.city-journal.org/summary-of-uatx-forbidden-courses-program ]

Liberals – as opposed to those further Left – are driven by guilt. They often have the same private reactions to things that conservatives have, but are afraid to express them.

Partly, they’re afraid of being attacked by those further Left, or by one of their client groups: being a liberal, even a socialist, is no defense when you do anything that questions Leftist Orthodox, as Bernie Sanders supporter Bret Weinstein found out at Evergreen College.
[https://en.wikipedia.org/wiki/Bret_Weinstein#Evergreen_State_College_Day_of_Absence]

And partly they’re afraid of offending people who, in their view, have been oppressed in some way in the past, and who, therefore – in their eyes – have enhanced moral authority when speaking about their own issues.

I think our real difference is this: you take a moral stance, and believe that those who disagree with you politically are evil, having consciously chosen the Bad side in a simple Good/Bad conflict.

I don’t approach politics that way. For one thing, I want to get inside the heads of my opponents, and try to understand why they think and act as they do. I believe that at least part of the motivations of many of them are perfectly decent. And that includes some people on the Far Left as well.

We need to convince them that these decent desires are actually frustrated by the political program of the Left. (I’m compressing a lot here, especially the concepts of Left vs Right, since political reality is more complex than that.)

For example, the Leftist councillors in Telford who pressured the police not to go after the child-rapists, because the latter were Asian, did this because they did not want to stir up racial hatred of Asians – not because they themselves were paedophiles. But in fact, by ignoring these crimes – which the huge majority of Asians, who are very conservative socially, very family-oriented, would have condemned – they have increased racist attitudes towards Asians.

Many Americans now distrust the mainstream media because they downplay crimes by Blacks and Hispanics, and elevate crimes by whites, especially when committed against non-whites. This of course probably leads these people to have exaggerated views of non-white criminality.

They lower admissions standards to university for Blacks, leading everyone to assume that a Black university graduate is of lower intellectual ability than a white or Asian one. The original motivation was to compensate for a century of genuine discrimination against Blacks – not a wicked motivation but a good one. But the means chosen defeats the end.

People who are not conservatives are not a homogenous mass. We have to find the contradictions within that group, open them up, and win over as many people from it as we can. We need to view at least some of these people not as enemies, but as potential converts.

Remember Saul (of Tarsus) who was a very zealous persecutor. There are Sauls on the Dark Side, and we can win them over.

In the first place, the grooming incident in my post was in England

Well, I don’t know what’s up in England, I pay attention to my own country and let others deal with theirs (good advice there) but here in America Democrats support and defend groomers and their pedophile behavior, and I don’t appreciate foreigners telling me I am wrong when I live here and know I am right.

I’m actually an American. There are Americans who live in other countries, hard as that may be to believe. Some of them even speak those darned foreign languages … instead of the English that Jesus spoke and which the Bible is written in.

And then there’s Tocqueville. He dare he write about America! Of course, good conservatives of your type won’t read him. Or anythng else.