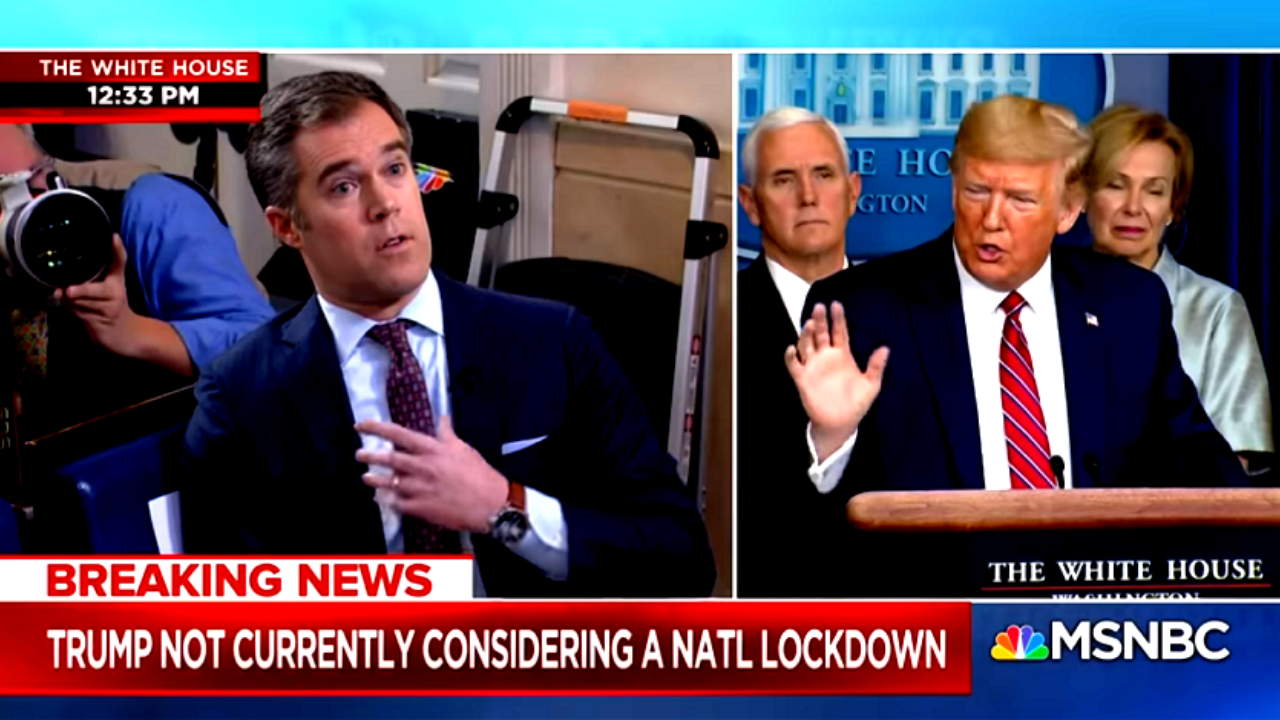 Journalists have just given voters a terrific reason to re-elect Trump...to watch their hilarious angst. Jeremy Barr in Saturday's Hollywood Reporter has chronicled the whining by the press at the prospect of being forced to cover four more years of...

aw…lets give it to them anyway.

“They can’t handle…” What does that even mean.

[quote]“I don’t know anybody who wants to do another four years of this news cycle,” a senior CNN producer says. The first year of the Trump presidency was a year of calibration for the nation’s top journalists, who learned to keep up with a politician who revels in exhausting the press corps, launching news cycles with early-morning, late night and weekend tweets.

The next two years, 2018 and 2019, were even more exhausting, as journalists scrambled to cover government shutdowns, congressional hearings, a Supreme Court nomination, the president’s flirtation with North Korea, the Mueller Report and impeachment.[/quote]

They cite exhaustion and mental …anguish?? well I can see that. Every scheme, plan, plot, false accusation, made up charge, coup…has failed. Of course they’re exhausted. Nothing has worked.

think about the 2nd or 3rd year of his next term will be like…give them a soft room and some kleenex’s.

on second thought…not a good idea.

Oh…just think election night. If it is half as good as 2016 we’ll be posting about it for years.

Lordy he HAS to win

Here’s a thought … resign and allow people who are fair and and objective report the news. You can go get a job for companies that sell chicken and bull manure. That’s what you have been shoveling for the last three and a half years.

You will not be missed … at least I won’t miss you.