Mississippi governor declines to rule out contraception bans, saying his...

Mississippi Republican Gov. Tate Reeves on Sunday hedged when asked if his state would consider banning certain forms of birth control if the Supreme Court overturns Roe v. Wade, only offering that it's "not what we are focused on at this time."

NO right to contraception either.

This is where the far right goes off the rails, if this is true. The trouble is your source is CNN which is not a news network at all. The puppeteers who control Biden would take CNN over and make it into the “American Provda” if they could.

This is where the far right goes off the rails, if this is true

It’s an official statement from the Governor of Mississippi about pending legislature that he said he wouldn’t veto. 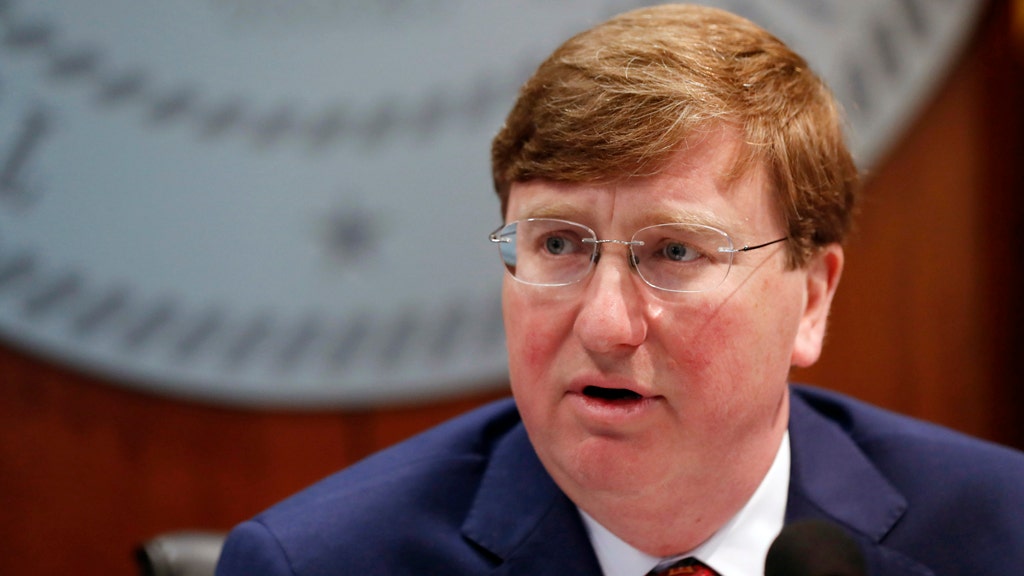 Mississippi Gov. Tate Reeves on banning birth control: 'That is not what we...

Mississippi Gov. Tate Reeves appeared on two news shows Sunday, where he was asked about the future of contraceptives in his state, but he didn't directly answer questions regarding birth control, including intrauterine devices (IUD), and whether he...

Even Fox News covered it welcome to Gillead. I know you think this is gonna work out like Hungary, but the left has no where to go. I speak with many from Hungary who took advantage of the EU option to goto Germany or Sweden. Americans don’t have that option we are also hellua flipping violent. I mean people were killed for asking shoppers to wear masks.

In no way does this just become the new way. I know a Gastric Surgeon who was convicted of Gross Indecency between males in 1999 (consensual sodomy) He waived a jury trial on purpose and please guilty and laughed in front of the judge he got sentenced to court costs and the sex offender list. He was on the sex offender list not anymore. He did no time, but he actually asked to stay on when they were going to take him off in 2003 after the Texas case. It as a badge of pride from the days when cops would yank him around and send him to county for being a gay man. Do not expect us to silently go into the night we are still a popular majority just not an electoral one.

Yes, it appears that he is playing games with his answers. In that case, he looks like a evasive fool, who is the kind of politician who will not get my support.

You, on the other hand, will not condemn any Democrat politician who goes too far like AOC and Maxine Waters who has called for harassing people who work for the government or who hold public office who do not agree with her views. That kind conduct seems to be okay with you.

will not condemn any Democrat politician who goes too far like

Omar and Talib are Flipping Disgusting, they have no place in the house. I voted Green in 2016, because of Hilary’s sympathies to the Sauds. Also her husband and Epstien and Trump and epstien they ran the same social circles I saw no difference. I was hoping Trump wouldn’t be a B*tch for the Saudis but he was. So even tho Biden had voted for Saudi stuff in the senate it was literally an anyone but Trump moment.

You must forget I am no fan of Islam I am a fan of the Second. You forget there is an anarchist element to me I’d be best be described as an Anarcho- Social Democrat.

It sounds like you are totally mixed up. In the end, you vote for the Democrats because you either throw your vote away on fools like the Green Party, or end up voting for the Democrats any way who all go to Washington and vote with Pelosi.

Any one who votes with Pelosi is no good. You’ll never understand that, but it’s true. The sooner she is out of power, the better it will be for all Americans. I am hoping that if the Democrats lose control in the House, that she will retire and resign. It’s time for the Democrats and the Republicans to find some leaders who are not 80 years old.

Any one who votes with Pelosi is no good. You’ll never understand that, but it’s true. The sooner she is out of power, the better it will be for all Americans.

I’d rather have Karen Bass or Peter Defazio as house speaker. I don’t do California. I’m more Oregon/Michigan/New Mexico I have more in common with those states. You forget the leave me alone labor types who are forced in to poverty by things they have no control over (Interest rates, minimum wage, zip code prices). Honestly my political soulmate is our current AG in Michigan Dana Nessel.

NO right to contraception either.

Hmm I haven’t seen a mandate that wasn’t stricken down by the courts.

Yeah because it didn’t happen (not thanks to democrats)

You get any advice in the door that isn’t total left wing lunacy, it’s the end of the world.