What’s a poor humble marxist girl to do? She got caught on CCTV and now she’s trying to switch the blame to the salon! Love that Trey Gowdy!! I think he should run for President in 2024. 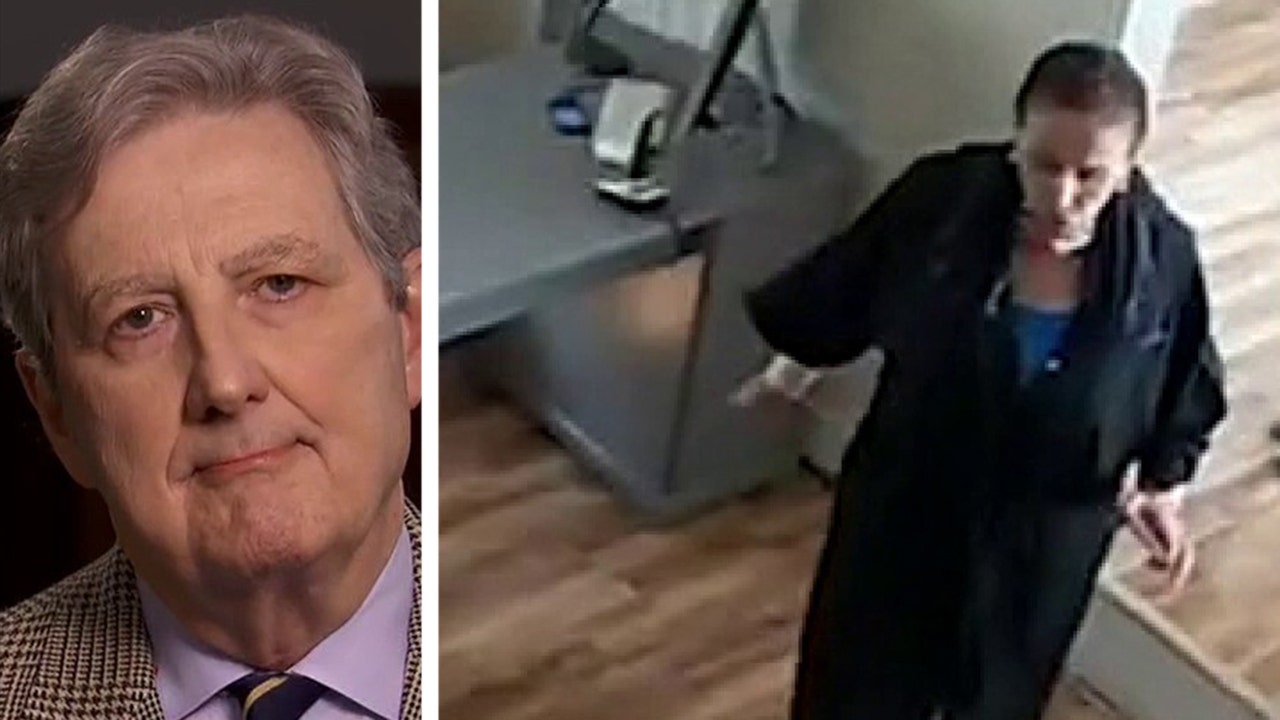 Sen. John Kennedy bashes Pelosi for 'getting her hair washed' while 'my...

Although the members of “the squad” plus Tilebe are the worst members of Congress, Pelosi is the most destructive. Her totally partisan stance on every issue makes negotiating with her impossible. She hates with a passion which makes her totally evil.

She is worse than Chuck Schumer because bargaining with her is impossible. For example, when everyone thought that a deal had been hammered out for the first Corona virus stimulus package, she threw a monkey wrench into the works so that she load it with hundreds of billions liberal pork, spending money we don’t have.

The sad part is, she the perfect storm. She comes from a safe district that would re-elect her after death if they could. She has been able to take her diabolical nature and use it to mold a near perfect discipline within the Democrat House caucus. If you are a Democrat who crosses her, you are dead politically.

Years ago she got caught using insider information to make money in a securities transaction. Other House speakers have been run out of office for much less, but not her. The press circled the wagons around her, and she brazenly told the public to shut up.

She is now 80 years old, which makes you wonder how much longer her version of hell will continue. Sadly the legacy of her rotten legislature record will be with us for many years after she’s gone.

Salon owner joins Tucker, pushes back on Pelosi’s claim she was ‘set-up’

Erica Kious denies Nancy Pelosi’s claim that she was set up after video surfaces of the House speaker’s maskless visit. #FoxNews #Tucker

Rush Limbaugh asks what does Nancy Pelosi know that we don’t after she is caught maskless in a shut-down hair salon. While many are afraid to leave their homes, Pelosi shows her blatant hypocrisy.

You can put lipstick on a pig, but it’s still a pig.

Well of course she was! This salon owner doesn’t have to defend herself. We all know exactly what happened. And, if you don’t, then you’re either a moron or in the dems’ pocket.

Yes, after a while not even Botox can defy the laws of gravity. If she were to get the classic facelift, they would need to pull the excess skin to the center of the back of her head and buy her a nice, fluffy wig. Then she won’t be able to get her mouth open, which would a good thing, because her face would be like on big rubber band.

Like the evil queen from Snow White, she has had too many bites from the poison, Democrat apple.

One more facelift and her belly-button would be on her chin and she’d look like Kirk Douglas!

I thought Greg Gutfeld’s take was right on the money.