She was paid by evangelicals to be pro-life.

She died in 2017. There are some interesting comments at the link. The woman was used by the left, paid by the left for her part in Roe V WAde so she is responsible in part for the deaths of 33 million baby boys and girls. She was lesbian, worked in an abortion mill and has a mouth on her. Allegedly she had a conversion to Christianity and came out pro life.

Seems to me she shouldn’t be trusted in any capacity. Neither the left nor right has any respect for her and will quickly forget the person and make a deal of her notoriety.

At the time of her “conversion”, McCorvey was working in an abortion clinic, which may have traumatized her, and contributed to her change of heart.

Dumped her long-time female partner after the latter had a stroke.

AP hates evangelicals, so I guess that’s why he didn’t mention that McCorvey was a fervent Catholic. 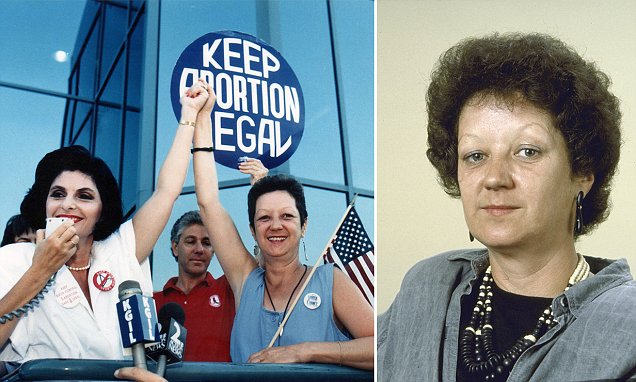 Norma McCorvey, who had been ill for some time, passed away from heart failure at an assisted living center in Katy, Texas on Saturday where she was surrounded by her family.

Geesh. What a tragic life. She claims she was coerced into participating in the Roe v. Wade debacle. I hope it is true that she had a genuine conversion. She is going to see all those babies she helped murder; she will look into their eyes and know what she did.