Any news in the alleged COVID infection with Nancy Pelosi? I mean, she’s not going to RECOVER or anything at her age? Maybe it is BORDERLINE COVID or the DEMOCRATIC STRAIN, which would be WEAK AND WISHY-WASHY… Anyway, since Mass Media is not addressing this, she must have recovered or is dead.
Please enlighten me.
I understand Lauren Luria of VA. has also tested positive…

Well… this really is a closely held matter!!!The Operatives won’t talk about it…
Of course the Faulty Bureau of Indigestion may monitor this hot-bed of subversion and I may be on the way to American Siberia before you can say “JACK KENNEDY”!!!
I HOPE I READ ENOUGH SOLZHIINETSIN TO COPE!

Well… this really is a closely held matter!!!The Operatives won’t talk about it…

Nancy Pelosi is the most disposable member of the house after Omar. Many wish she would croak. Horrid face to be speaker of the house. I’d nominate Ruben Gallego or Peter Defazio as house speaker in her much needed absence. Gallego was a marine, he’s from Arizona (swing state), Very Progressive but not socially Woke.

Nancy Pelosi is the worst person in a leadership position in the government period. If the Republicans get control of Congress, I am hoping she will resign. Her home district will continue to vote for her after she is dead. That’s how brain deal those voters are.

Nancy Pelosi is the worst person in a leadership position in the government period.

Her and Newt Gingrich are flipping monsters its the reason this country is tearing itself apart from the inside. Never seeking agreement. John Boehner and Tip O Neil will be remembered more fondly.

Newt Gingrich has been out of office for over 20 years. He doesn’t count. Pelosi is still in office and advocating that Representatives vote for bills without knowing what’s in them. That represents one of her better moments.

Newt Gingrich has been out of office for over 20 years. He doesn’t count.

So was Tip Oneil and I quoted him Newt ran in 2016 btw so yeah. Ya know Kevin McCarthy is your Nancy Pelosi you will think you want someone like that like we did in 2006 and come to regret it.

I was not a fan of Tip O’Neal either, but at least he showed respect for Ronald Reagan and the opposition party.

Please don’t go down this road. I don’t feel like arguing with you over it. Nancy Pelosi is in office, and her policies and attitudes are toxic. End of subject.

Please don’t go down this road. I don’t feel like arguing with you over it. Nancy Pelosi is in office, and her policies and attitudes are toxic. End of subject.

And Kevin McCarthy will be respectful and productive as Tip or John eh? You think this endless cycle of hostility can last without mass civil conflict? What 2-10 years until were in the streets like soccer hooligans and then national guards start taking sides and the military splits… no one wants to tone it down get Russian Influence out tell the Commiefrionicans Texanazis to cool It off?

Ukraine was supposed to make us United and stop the Russian influence, DeSantis was obviously GREEN LIT and clean but your Trupublicans who were never there before 2016 and won’t be there after Trump croaks or is desposed will dictate everything?

Are you on drugs or what, @Unitedwestand? This allegation that the leadership of the Republican Party is allied with the Russians is ridiculous. It’s an invention of the Hillary Clinton presidential campaign, and it’s a bunch of foolishness. Go peddle your fiction to your fellow Democrats, led by the despicable Adam Schiff.

is allied with the Russians is ridiculous

So why did Russian State Media in the last week Call Trump a friend of Russia, and Russian Military analyst say driving hyper polarization in the United States is a primary Goal?

Battered and infuriated by sanctions over the war in Ukraine, Putin’s henchmen are plotting their master plan for revenge on live television.

The time is coming “to again help our partner Trump to become president,” state TV host Evgeny Popov recently declared. On Thursday’s edition of the state television show The Evening With Vladimir Soloviev, Putin’s pet pundits offered an update on plans for 2024.

“We’re trying to feel our way, figuring out the first steps. What can we do in 2023, 2024?,” Russian “Americanist” Malek Dudakov, a political scientist specializing in the U.S., said. He suggested that Russia’s interference in the upcoming elections is still in its early stages, and that more will be accomplished after the war is over and frosty relations between the U.S. and Russia start to warm up. “When things thaw out and the presidential race for 2024 is firmly on the agenda, there’ll be moments we can use,” he added. “The most banal approach I can think of is to invite Trump—before he announces he’s running for President—to some future summit in liberated Mariupol.”

Dmitry Drobnitsky, an omnipresent “Americanist” on Soloviev’s show, suggested that Tulsi Gabbard should be invited along with Trump. Dudakov agreed: “Tulsi Gabbard would also be great. Maybe Trump will take her as his vice-president?” Gabbard has recently become a fixture of state television for her pro-Russian talking points, and has even been described as a “Russian agent” by the Kremlin’s propaganda machine.

@Sendgop it was on broadcast state tv in Russia like how we talk about flipping up Iran they talk about Flipping up us. So yeah right from their sthatemedia. This is like a PBS Briefing Saying hey ya know what a great way to undermine Russia is except this is RUSSIAN STATE MEDIA SAYING HEY TRUMP WILL F THEM UP. ARE YOU WILLINGLY BLIND @Sendgop

I’m trying to offer a Fig leaf and de-escalate the hate and your plugging your eyes and ears with Russian Sand.

four-star General David Petraeus yeah Bushes guy has been warning us that Russia is trying to tear us apart from within but you’d rather forge a tie with Putin than the Democrats. is that what you want for your kids? Russofication of Europe and The US?

This allegation that the leadership of the Republican Party is allied with the Russians is ridiculous. 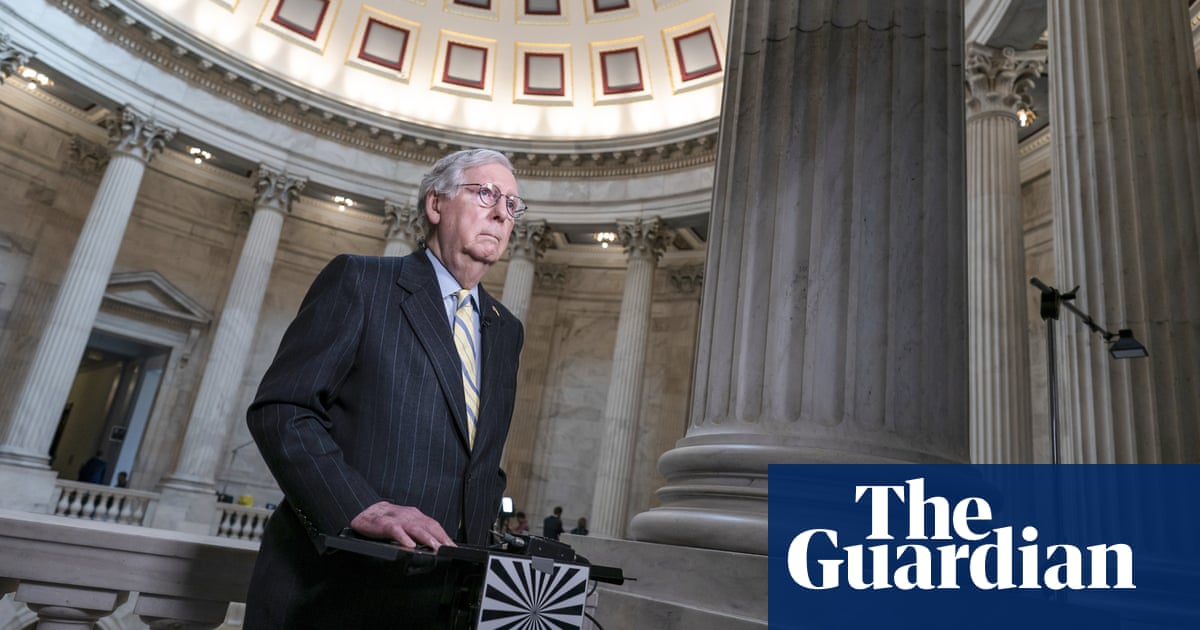 With Trump calling Putin a 'genius', the US Republican party's Russia...

Just 40 years ago, US President Ronald Reagan branded the Soviet Union an "evil empire". But Russia's invasion of Ukraine has exposed deep divisions in America's conservative movement when it comes to Vladimir Putin.

It seems Sendgop has also forgotten who Dana Rohrabacher was.

Look I don’t see why any of this is surprising. Putin is everything the GOP admires. He has supressed voter turn out in Russia, crippled opposition and has pretty much made himself President for life. It’s no wonder the Trump faction of the GOP openly fellate him.

It’s no wonder the Trump faction of the GOP openly fellate him.

I’d argue it’s 90% of the party maybe 10% openly praise Putin, but the other 80% talk about how much they like him among themselves. 10% are like Cheney and actually want to win on ideas and not force. When you win on force it can be a victory but it’s morally and motivationally not the same.

I see no difference between Trump and Putin I aiccdently confuse their names and have to edit my posts. They could easily say you know in a non binding party resolution they refute Putin, Russia and any Non-Democratic movements but they won’t and this is why it sticks because they either openly embrace it or shrug at others who do embrace it. This was the cost Mitch paid to stack a court I wonder if he thinks its worth it now.

Look I don’t see why any of this is surprising. Putin is everything the GOP admires.

Except, not economically free, nationalizing industries, attacking freedom of speech, and decidedly not supporting gun ownership.

Oh, and he’s openly Pro-Choice. Admittedly didn’t see that one coming, but there you go.

Is anyone else going to put down this left wing lie fest about the GOP and Putin? Naturally Putin is going to say he likes the GOP for his benefit. It’s a disruption that helps keep Biden and the Democrats in power.

If there is any high ranking politician who is supportive of Russia, it’s Joe Biden. His son took a boatload of money from them and the Chinese, and now it’s time for him to return the favor.

Why is Biden so slow in rolling out sanctions against Russia? Why won’t he allow the Ukrainians to get the old MIG jets from Poland? Why did it take so much prompting from Fox News journalists to condemn Putin? I understand the concerns about Putin escalating the war with chemical and nuclear weapons, but why is Biden always leading from the rear?

Biden looks compromised to me, but you Democrats can keep on telling the lies about GOP leadership and keep covering up the Hunter Biden story. An editor from The Atlantic magazine told us, “I’m not interested.” Of course you aren’t because as a Democrat Party operative, you need to continue the cover-up. She and the rest of the Democrat controlled media have been doing it for two years.

So why did Russian State Media in the last week Call Trump a friend of Russia,

So why did Russia invade the Ukraine on Biden’s watch and not Trump’s, if Trump was so friendly toward them? Actions- especially war- speak louder than words.

So why did Russia invade the Ukraine on Biden’s watch and not Trump’s, if Trump was so friendly toward them? Actions- especially war- speak louder than words.

None of my questions were answered even Mitch Mocconnel admitted there was a Putin wing of the GOP but that’s just crazy talk. He likely invaded because he thought his maximum troop epoch was 2020 I think its silly to think they take any president into account for invading. They did that with JFK once they saw him as too young they got their butts handed to them with the Cuban Missile Crisis. Maybe they saw a dove and didn’t realize it was a super-ant that’s their fault nor ours.

Is anyone else going to put down this left wing lie fest about the GOP and Putin? Naturally Putin is going to say he likes the GOP for his benefit.

So why did Tucker, Trump, Marjorie Green Taylor, Paul Gosar, Lauren Boebert, Madison Cawthorn say they like him back?

Its not a one way street. I mean you said that night Tucker Carlson made you sick. Like I remember it when he was doing that what has Putin done to you bit you literally said you shut it off cause it made you sick. Did you ever think being bipartisan is better than being Bi-Russian?

The GOP gave us Trump an acid Trip Nightmare. The Democrats responded with Biden so Milique Toast you have to tie him to AOC to make him look scary.

Tucker Carson took the isolationist view and said that we should ignore what was happening in Ukraine because it didn’t matter to us. He advocated keeping U.S. troops out of the country so that it would not become another Afghanistan or Iraq.

That is wise, but ignoring the invasion completely was not. At that time, everyone thought the Putin would take the country in a matter of days. He didn’t.

If Putin had taken Ukraine quickly and easily, he would have set his sights on the countries that formed the old Warsaw Block. Putin has made it clear that his ambition is to re-create the old Soviet Union. If Tucker Carson had advocated ignoring an attack on Eastern Europe, he would have totally wrong and looking like a modern Neville Chamberlain.