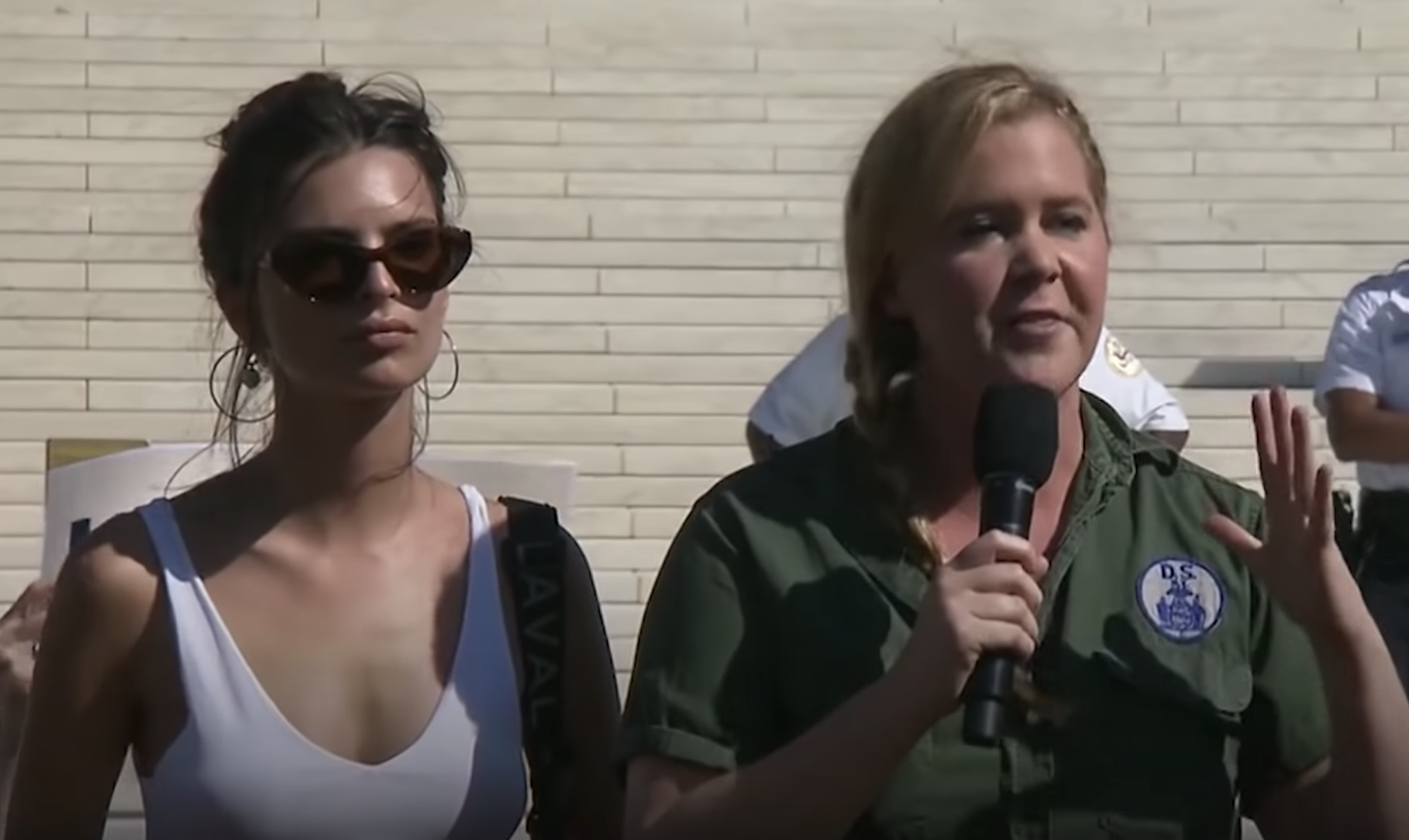 The Death of #MeToo: 95 Celebs Who Smeared Kavanaugh are Silent on Biden

You can say goodbye to the #MeToo movement. It had a good three-year run, but inevitably, hypocrisy and political expediency caught up with it.

You can say goodbye to the #MeToo movement. It had a good three-year run, but inevitably, hypocrisy and political expediency caught up with it.

Ninety-five Hollywood supporters of the #MeToo movement smeared now-SCOTUS Justice Brett Kavanaugh over flimsy sexual assault allegations in 2018 in an attempt to block his Supreme Court appointment. But now that Democrat presidential hopeful Joe Biden has sexual assault allegations of his own – allegations with more corroborating evidence than the claims against Kavanugh at least – these celebs’ appeals to believing victims no matter what have seemed to dry up. Some of them are even defending Biden and calling his accuser a liar.

Big names like Lady Gaga, Ellen DeGeneres, Jamie Lee Curtis, and nearly 100 more celebrities have had nothing to say against the man running to prevent President Donald Trump’s 2020 re-election nor expressed any solidarity with the woman who claimed Biden assaulted her in 1993. Not even several of the famous ladies belonging to female assault victims solidarity organization Time’s Up — like Jessica Chastain, Brie Larson, Natalie Portman and Julianne Moore — have offered a word of support to the alleged victim.

They weren’t so silent when conservative judge Brett Kavanaugh endured his Senate Judiciary Hearing in 2018, every single one of these nearly 100 celebrities smeared him on social media. Many insisted he was an alcoholic, “liar,” committed “sexual violence” and deserved have his “pesky penis” cut off, while the rest of these 95 concerned citizens implied it by pledging belief in Blasey Ford’s testimony.

Biden hasn’t been held to the same, or any real standard by his friends in Hollywood. It’s clear #MeToo has become a political weapon, not a moral awakening, as these virtue-signalling hypocrites sold it.

Lefty actress Patricia Arquette slammed Kavanaugh back in Sept. 2018, quipping that “The only think[sic] Kavanaugh should Judge are the beers at Octoberfest.” She also agreed with now-disgraced anti-Trump lawyer Michael Avenatti’s claim that the FBI must investigate Judge Kavanaugh over allegations. Arquette responded to Avenatti, lamenting that Kavanaugh’s victims will suffer “the victim blaming and the ‘slut shaming’” from his defenders.

But now that Biden has allegations, Arquette seems to have changed her tune on victims. She deflected from Reade’s allegations to those of Trump assault accusers on April 30, insisting that MSNBC host Christ Hayes focus on those rather than the tough questions he had concerning Biden’s assault.

And on May 2, Arquette tweeted, “Which Tara Reade do you want me to believe? The one who last year said Biden touched her neck and made her feel uncomfortable Or this one?” Is Arquette “shaming” or “victim blaming” on this one?

Lefty comedian Amy Schumer and supermodel Emily Ratajkowski made waves during the Kavanaugh hearing by getting arrested alongside 300 anti-Kavanaugh protestors. Ratajkowski tweeted Oct. 4, “Today I was arrested protesting the Supreme Court nomination of Brett Kavanaugh, a man who has been accused by multiple women of sexual assault. Men who hurt women can no longer be placed in positions of power.”

In a video posted by TPUSA Chief Creative Officer Benny Johnson, Schumer can be seen being asked by police officers whether she had been arrested. The comedian says yes and calmly takes her place in line. The point is, these ladies clearly enjoyed their virtue-signalling for the sake of “believing victims,” however now that a leftwing nominee is accused we haven’t seen these ladies protest his nomination.

Apparently standing up for victims against the left’s only shot at beating Trump is not a good look.

Of course it’s clear that the standard of “#believeallwomen,” – that all-hallowed #MeToo mantra – ended up only being a manipulative political weapon used against powerful men the left hated and put away when powerful lefty men were accused. In the end there was no benefit of the doubt for Biden’s accuser, Tara Reade, like there was for Dr. Christine Blasey Ford, or even lamer accusers.

Rose McGowan, an actress, alleged Weinstein abuse victim and one of the few consistent #MeToo activists had the stones to call out this hypocrisy. She blasted Alyssa Milano and other two-faced lefties on April 29, saying, “You are a fraud. This is about holding the media accountable. You go after Trump & Kavanaugh saying Believe Victims, you are a lie.”

McGowan added. “You have always been a lie. The corrupt DNC is in on the smear job of Tara Reade, so are you. SHAME.” McGowan may be on to something, at the very least she’s right about the Hollywood double standard.

So much for privileged male predators being the threat to women. If they are liberal, the rules don’t apply.