Putin and his "Elite Capture" Strategy 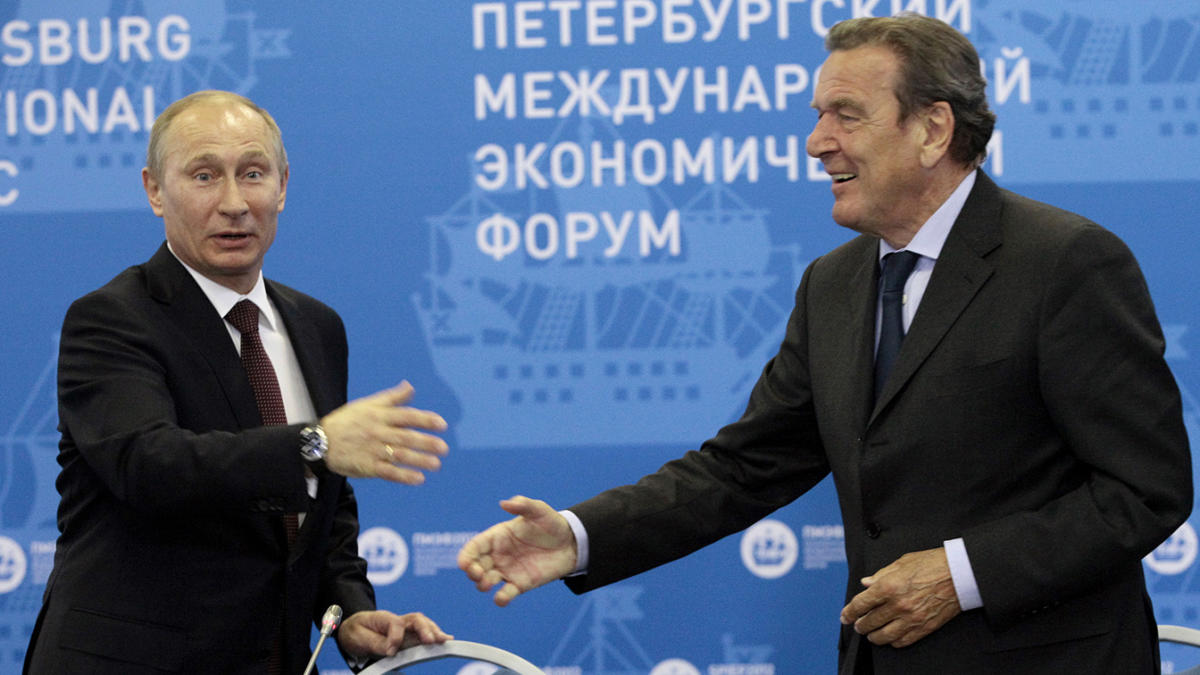 On Tuesday, Russian President Vladimir Putin again sought to portray Russia as the victim of NATO and U.S. aggression, claiming they're ignoring his country’s security concerns and have forced him to mass 100,000 troops on the border with Ukraine.

Yeah, because NATO is massing troops on Ukraine’s border with Russia. [/Sarcasm]

That’s what this “Elite Capture” is, finding bendable, powerful people to bind to their cause with promises of rewards, and disrupt unity amongst the ranks of Europe.

Which one? I haven’t been keeping up.

Which one? I haven’t been keeping up.

It’s in the article:

offering attractive board positions in Russian companies to former European leaders, including former German Chancellor Gerhard Schröder, who last Friday took aim at Ukraine on his podcast for provoking Russia and voicing his hope that “the saber-rattling from Ukraine will stop.”

No, I view Putin as the next Mussolini (His economy is about as large as Italy’s) and Xi has the modern version of a “smarter Hitler.” Putin wants to be the next Stalin, but unless Western Europe gives him what he wants, he’s going to have a hard time making it. Maybe with some luck, he can kill or starve as many people as Stalin did.

Mussolini took Ethiopia to show Hitler how tough he was. Putin is doing the same with the Ukraine although he probably doesn’t realize how much of a bully he appears to be. Nothing can embarrass a tyrant.

Here is Nazi 1936 Olympic pin. Perhaps Xi is looking to repeat history after his Olympic farce is over. Too bad we don’t have another Jessie Owens to embarrass him.