"In Antrim County, ballots were counted for Democrats that were meant for Republicans, causing a 6,000 vote swing against our candidates . The county clerk came forward and said ‘tabulating software glitched and caused a miscalculation of the vote.’ Since then, we have now discovered the 47 counties used the same software in the same capacity, " she said, …

No problem. It’s just a glitch. Totally by accident. 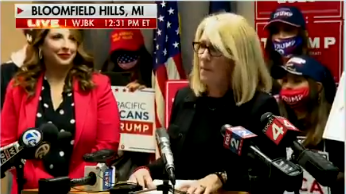 Software 'Glitch' In Michigan Erroneously Gave 1000s Of Votes To Biden; Up To...

"Tabulating software glitched and caused a miscalculation of the vote."

It’s a feature not a bug…

The same vendor provided voting machines in two Georgia counties where voting was stopped for two hours because their machines crashed. Dominion sent out a software update the night before just like they did in Michigan. 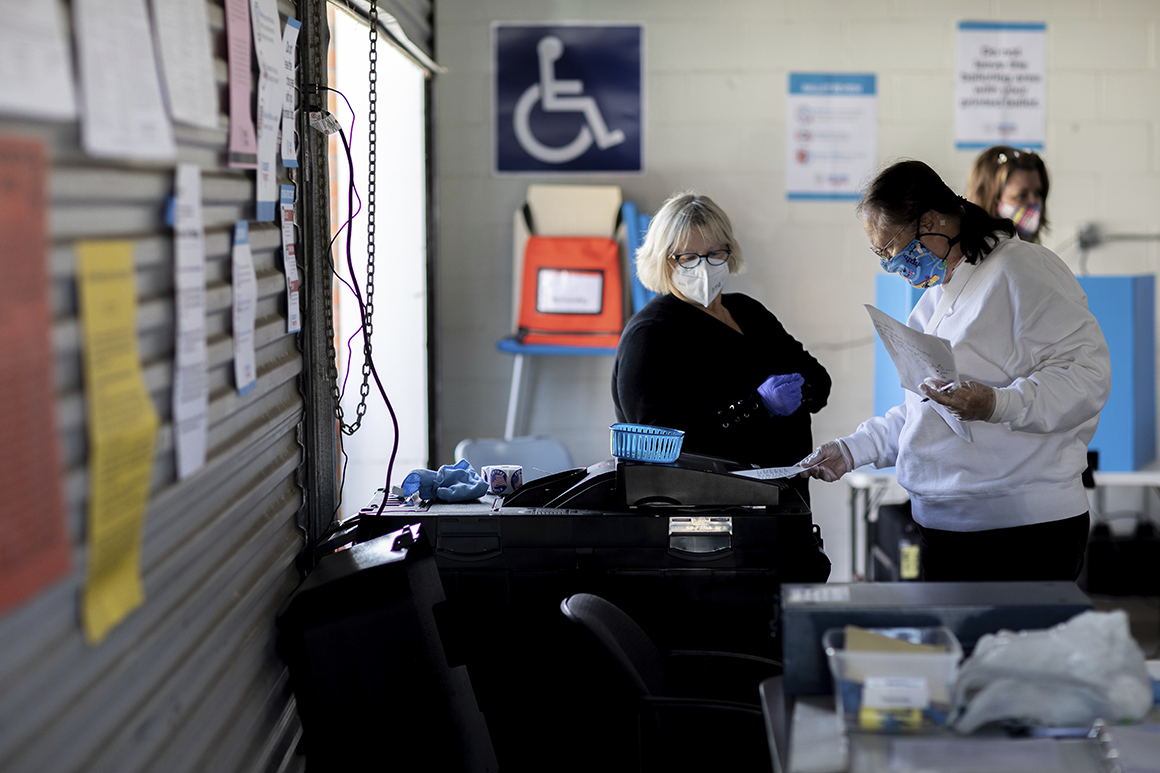 Voting was delayed in two counties for two hours while the problem was fixed.

A technology glitch that halted voting in two Georgia counties on Tuesday morning was caused by a vendor uploading an update to their election machines the night before, a county election supervisor said.

Voters were unable to cast machine ballots for a couple of hours in Morgan and Spalding counties after the electronic devices crashed, state officials said. In response to the delays, Superior Court Judge W. Fletcher Sams extended voting until 11 p.m.

The counties use voting machines made by Dominion Voting Systems and electronic poll books — used to sign in voters — made by KnowInk.

Incredible! They updated the voting machine software hours before the polls opened. Updating software at the last minute is a recipe for disaster. How thoroughly was it tested? Who signed off on the update?

Also, there’s a consistency control issue. Did all the machines in the county get updated? Or were voters using different versions of the software on election day at different polling places?

Did one version of the software have the glitch? Did this update or the next wipe out evidence? Will all ballots be run through the latest software to get a reliable count?

How can we have confidence in this election process when it’s so sloppy?

I’ll give you this, voting machines have always been bad news. But, somehow we make it through.

Luckily in the story you posted, the machines stored votes correctly, but changed in the final report so it was easy to catch on the double checks they have to do.

Ah. I’m beginning to understand you, Gene. You actually think NBC News is a reliable source of information! That explains a LOT.

When I woke up early on November 4 and checked out the election results on my Ipad, I had a glimmer of hope. When I saw that Michigan flipped in mid-afternoon, I knew it was over. I wish that we could move on from here. The whole thing is totally depressing.

The court cases won’t change a thing, even if there is ample evidence of wrongdoing. Democrats can do any illegal thing they want. They are above the law.

Watch out for Georgia. If the Dems flip both of those Senate seats, it really will be over. We won’t have any say in anything any more.

Turns out that 47 counties in Michigan got “updated” with that same software the day before the election.

When I woke up early on November 4 and checked out the election results on my Ipad, I had a glimmer of hope. When I saw that Michigan flipped in mid-afternoon, I knew it was over. I wish that we could move on from here. The whole thing is totally depressing.

It is not over, you are assuming that Trump will fight this with the same lethargy as the Republican Party fights and that is simply not the case.

The evidence won’t be buried, it will be screamed from the rooftops and as a result the Judiciary will not be able to stamp it out quietly.

Everyone who wants to be a part in this election fraud will have to do so in full daylight with full documentation of the fraud in the public domain, that makes it much harder to “keep the troops in line”

No, they will get away with it.

Look at the Russia hoax and Durham investigation. I told you that guy’s investigation would come to nothing. He’s swamp rat just like the rest of them in Washington. We were sold the fiction of an investigation to keep our mouths shut until it was too late.

The Russia hoax was exposed as a hoax and indictments of FBI agents that used it to get FISA warrants are ongoing now, pretty early to be saying that they got away with it.

Just because these battles are uphill does not change the fact that Trump never tires of fighting uphill battles, the idea that a government as corrupt as ours can be fixed easily or quickly cannot be based on an understanding of how deep the corruption runs.

Consider this.
The Democrat Party and their media and their deep state agencies with the full cooperation of the entertainment industry have devoted almost 5 years and over a BILLION dollars to uncovering some criminal behavior by Trump or framing him for criminal behavior and they have utterly failed to accomplish anything besides exposing their own crimes and biases.

Now they are trying to use vote fraud to get rid of Trump and you think it is a forgone conclusion that they were smart enough to do it without getting caught?

I am not saying that there is no reason for concern but how can the odds not be in Trumps favor to win this?

If he truly lost is the only scenario where Biden becomes President, they will not outsmart Trump and steal it.

Biden’s election means that the Russia investigation is over. You seem to think that the FBI is an independent agency. It isn’t. The leadership of the FBI is in the tank for the Democrats and that bias has filtered down the lower levels.

The FBI will go after common criminals, but they won’t go after Democrat politicians and their families. Just look the Biden computer. They did nothing with it for almost nine months. They only got interested when it was reported in the news. Now that Biden will be President, the investigation will ended.

The Biden family can rest easy, just like Hillary Clinton never had anything happen to her after she broke the law with her private server and destroyed evidence on a wholesale basis.

Biden’s election means that the Russia investigation is over.

Biden didn’t win this election, that is provable and it will be proved before the election is certified.

Biden didn’t win this election, that is provable and it will be proved before the election is certified.

I really really really hope you’re right. But has FoxNews gone totally over to the dark side? Ever since they called it for the old guy, they haven’t even mentioned the possibility of tens of thousands of ballots being fraudulent. They only say President Trump is filing lawsuits. Surely all the irregularities are worth a little banter.

FOX was gone long ago, they purged most of the “fair and balanced” content and will soon ditch the shows that don’t toe the Leftist line; Newsmax is about the only network left with any integrity

Newsmax is about the only network left with any integrity

What about One America News Network (OAN)? And maybe up-and-coming little guys like The First TV, Right Side Broadcasting or Golden State Times?

I have heard good things about OAN but I have not checked them out myself yet, the others you mentioned I have not heard of but hopefully they will prove reliable; we need more sources for sure!

They (OANN) have a couple of conservative opinion shows, Graham Ledger for example, but their NEWS programs are just that…NEWS.

, but their NEWS programs are just that…NEWS.

You mean they just give you facts? What kind if insanity is that? How will we know what opinions to hold if they aren’t spoon fed to us…?