Texas to the Dems? 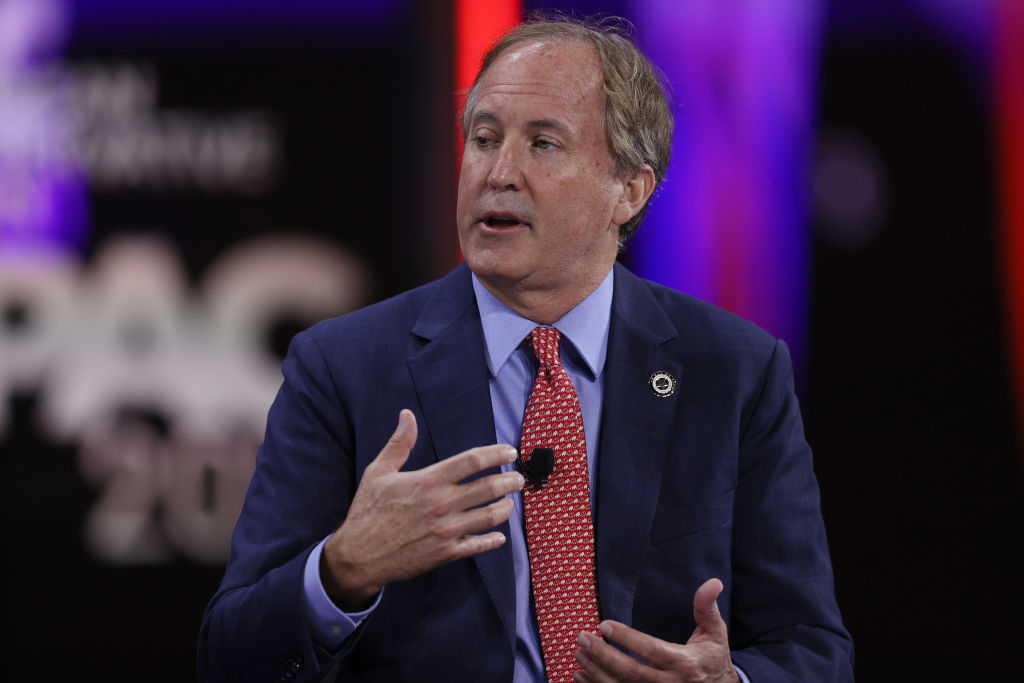 "We would've been one of those battleground states," Texas Attorney General Ken Paxton said.

At least Newsweek packed most of their lies into one paragraph:

Meanwhile, GOP lawmakers in Texas want to make it more difficult to vote in the state. Their efforts have been largely animated by Trump’s baseless claims that Biden won the 2020 election through widespread voter fraud. These false allegations have already been thoroughly litigated and wholly debunked, while the former president and his allies have failed to provide evidence to substantiate them.

They wanted to make it harder to fraudulently vote, not harder to legally vote. Even Jimmy Carter back when he was working against voter fraud agreed that mail-in ballots were fraught with opportunities for fraud. Texas was very wise to take the actions they took. Every state should do the same.

And President Trump’s claims were far from baseless. Any honest person has to be astonished that Joe Placeholder supposedly ended up with 80 million votes. President Trump routinely filled his venue to capacity with 30,000 to 65,000 people at all his rallies everywhere he went. Joe Placeholder typically drew less than 20. (Not 20,000 but just 20 people! What a joke.)

I know a lot of people were duped by the all-hatred-all-the-time agitprop fake-news, but why would that many people choose a bumbling Alzheimer’s patient that projects weakness instead of the best, most selfless and hardest working president America has ever had?

And he didn’t claim there was “widespread voter fraud”. There was very targeted voter fraud in a few states in key Democrat stronghold precincts (where the law and integrity mean little).

And there was plenty of evidence gathered, but almost every judge found a reason to not hear the case on technical excuses.

The main factor that will switch Texas to the Democrats will be voter fraud using a large number of 1 million plus illegal aliens who are crossing our borders on an annualized basis. Flipping elections for the Democrats is the reason for open borders. “Acts of humanity” and political asylum have very little to do with it.

It’s easy to have Biden ignore the border issue because his diseased brain can barely keep him functioning. As for Harris, “the California socialite who happens to be Vice President,” she can spend her time laughing off whatever responsibilities she is given. She didn’t have what it took to last any time at all in the Democrat presidential race, but she checks two out of the three boxes to be a Democrat candidate for high office:

The last one is is lesbian, gay, bisexual, transgender and a growing list of other sexual differences that is adding to the the “LGBT” list. Who knows? Maybe she will announce that she’s having a relationship with a woman and will get to check that box too.

The most important criterion, “It this person qualified and able to do the job well?” is of no importance in the modern Democrat Party.

And President Trump’s claims were far from baseless. Any honest person has to be astonished that Joe Placeholder supposedly ended up with 80 million votes. President Trump routinely filled his venue to capacity with 30,000 to 65,000 people at all his rallies everywhere he went. Joe Placeholder typically drew less than 20. (Not 20,000 but just 20 people! What a joke.)

You bring up an very good point, @KenJackson. I just finished the book Dewey Defeats Truman, the 1948 Election and the Battle for America’s Soul by A. J. Baime. Baime describes how Truman could draw tens of thousands of people to his whistlestop rallies. In small towns he could have speech scheduled for 6 AM and find a few thousand people waiting to hear him. These people had had to get up in the wee hours of the morning to travel many miles to see him. Yet, all of the polls showed that Truman was going to lose by a wide margin.

Truman’s victory was even more remarkable given the fact that the the Democrat Party was split three ways. On the right Strom Thurmond was leading the “Dixiecrats” in a racist campaign to keep Jim Crow alive in the South and wherever else he could sell it.

On the left, Henry Wallace, who had the support of a lot of Communists, was running on the idea that the Marshal Plan and other policies were going to get the U.S. into a war with Russia. Here is a shocking statement that Wallace made during the campaign:

Before the night was over, a Time reporter asked Henry Wallace why the Progressive Party’s platform so closely resembled that of the Communist. “I’d say they have a good platform,” Wallace answered. “I would say that the Communists are the closest things to the early Christian martyrs.”

Despite this party split, Truman won going away with a big margin in the Electoral College. There the vote was 303 for Truman, 189 for Dewey and 39 for Thurman. Wallace did not carry any state although he might have prevented Truman from taking New York.

We saw no such groundswell for Biden. He ran the dullest, most lackluster campaign since the 19th century. His “front porch” was nothing like the one William McKinley had in 1896 where thousands traveled to Canton, Ohio to see him. To put it bluntly, Biden was a bore. The only thing he had going for him was Trump’s bombastic personality. That should never have been enough.

I don’t know who truly truly won the 2020 election, but I’ll tell you this. Something was very rotten in Pennsylvania.

Here some artifacts from the 1948 presidential campaign.

All Truman - Barkley jugates are scarce. They sell for $100 and up. The Truman campaign was always short of money and was frequently “passing the hat” get enough cash to continue the campaign. At one point, the Truman campaign didn’t have enough money to get his Whistlestop train back to Washington, DC. They had to ask some big donors for help.

Most Dewey - Warren jugates are much easier to find. And, yes, that is THE Earl Warren who was later the liberal Chief Justice of the Supreme Court. He was Governor of California when he ran in 1948.

There are no known Henry Wallace - Glen Taylor (his running mate) jugates. Wallace, like Ross Perot in 1996, had a running mate only because the constitution made him have one. Wallace was on a big ego trip, and he get very depressed before the race was over because voters lost interest in him. Wallace thought that he was the true heir apparent to Franklin Roosevelt.

This is a postcard. There are nine Thurmond - Wright jugate buttons known to the hobby. If you find a tenth one, it would probably bring $10,000 or more at auction if it is in decent shape.

Wallace, like Ross Perot in 19962, …
Wallace was on a big ego trip, and he got very depressed before the race was over because voters lost interest in him.

Interesting. Though on the other hand, Ross Perot wasn’t the slightest bit depressed. As I recall, he threw a huge party on election night and gave no indication of knowing that he lost the election, even though he never had a chance.

But Perot did enrich our language. I subsequently read a novel in which a gun fired from inside an airliner at altitude resulted in "a Perot size sucking sound".

It was my understanding that Perot had a vendetta against the Bush family and was looking get back at George H. W. Bush. If that was his goal, he succeeded by probably pulling more votes from Bush than Clinton. He was a factor in preventing Bush from winning a second term.

Wallace knew he would not win from the beginning of his campaign, which stretched over more than a year. The trouble was he thought his movement would gain momentum for the future. It did quite the opposite, which left him depressed.