The Rape Of Innocence

It would seem that the entire family of Biden’s are corrupt!

A well-connected heir to the Dupont fortune got no prison time after admitting to raping his three-year-old daughter, thanks in part to the actions of then-Delaware Attorney General Beau Biden, son of Democratic presidential nominee Joe Biden.

It was February 6, 2009, when Robert H. Richards IV, the great-grandson of Irénée du Pont, the heir to his family’s fortune, admitted to the crime, The News Journal reported.

Richards was charged with two counts of second-degree rape in October 2007, punishable by a minimum of 20 years in prison if convicted

“Attorney General Beau Biden’s office indicted him on the same charges in January 2008,” explained the News Journal. “But in June of that year, days before a scheduled trial, [prosecutor Renee] Hrivnak allowed Richards to plead guilty to one count of fourth-degree rape, which carries no mandatory prison time with sentencing guidelines that recommend a sentence of zero to 30 months in prison.” 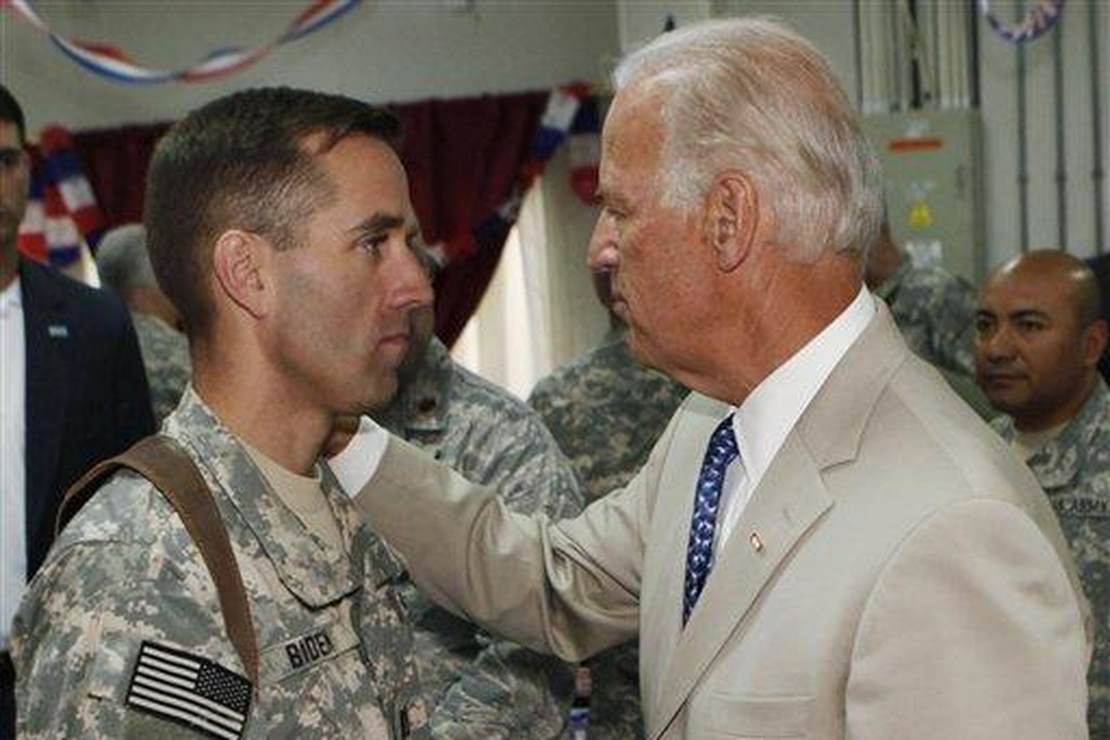 Joe Biden's late son Beau Biden agreed to a plea deal with no prison time for a wealthy DuPont heir who raped his own daughter.

Attorney General Beau Biden’s office had initially indicted Richards on two counts of second-degree rape of a child – Class B violent felonies that carry a mandatory 10-year prison term for each count.

According to the arrest warrant filed by a New Castle County Police Detective JoAnna Burton in December 2007, the girl, then 5, told her grandmother, Donna Burg, that Richards sexually abused her.

Burg said the child reported that her father told her it was “our little secret” but said she didn’t want “my daddy touching me anymore.” The girl said her father molested her in the bedrooms of her mother and brother in the mansion at 10 Summit Lane near Winterthur Museum, the arrest warrant said.

Tracy Richards, who confronted her then-husband, told police he admitted abusing his daughter but said “it was an accident and he would never do it again,” the warrant said.

Richards was free on $60,000 secured bail while awaiting trial on the charges that could have put him behind bars for years.

But in June 2008, just days before a scheduled trial, prosecutor Renee Hrivnak offered Richards a plea to a single count of fourth-degree rape, which carries no mandatory time, and he accepted, admitting in court that he abused his child.

Judge: Richards "will not fare well" in prison. Sentenced to probation for raping child.

The Biden’s are a family of entitled scumbags who have never held a real job and become extremely wealthy based on political corruption, that is why they are so popular in the Democrat Party; they fully embrace the Party’s “values” without reservation or conscience

Get elected to office. Advance up the political ladder, and if you get high enough, you can get very rich by selling favors.

If you push “progressive politics,” millions of pubic school and university programmed robots will vote for you and defend your wrong doing for as long as needed. A Socialist Democrat can do no wrong; a principled conservative can do no right. That is in the robotic hardware; it goes beyond the software because these robots can’t be reprogrammed by the facts.

**We should hire illegal immigrants to hunt down child molesters for a chance at citizenship. We can call the program:

Sounds like a good script for Hollywood. Now if we can just the right mix of races and ethnic backgrounds in the cast and crew, like they will require for the Oscars.

Does anyone seriously want to watch that stupid show any more? I don’t and I’ve got hundreds of classic and fairly new films on DVD. I have been a movie fan for years, but most of the modern stuff that get’s awards sucks.