Time for Democrats to Address Their Anti-Semitism Problem

Time for Democrats to Address Their Anti-Semitism Problem

Time for Democrats to Address Their Anti-Semitism Problem | National Review

As attacks on Jews rise in the U.S., the party stands idle as their members spread hate.

Anti-Jewish attacks did not spring forth in a vacuum. Increasingly, the American Left has gone beyond mere criticism of the Jewish State (of the sort that is made against other nations) and adopted the kind of virulent strain of anti-Israel rhetoric that was once mercifully relegated to far-left college campuses.

In this environment, Squad members Ilhan Omar, Alexandria Ocasio-Cortez, and Rashida Tlaib can falsely accuse Israel of being an “apartheid state” and of employing U.S. military aid to target civilians and children — a new spin on an old blood libel — and experience almost no rebuke from their own party.

The intense opprobrium saved for Israel, and spared authoritarian nations such as China and Iran, betrays the progressive left’s moral corruption. And rather than react in dismay, New York Times progressive columnist Michelle Goldberg lamented that attacks on Jews might undermine the Palestinian political cause. Rather than distance themselves from violence conducted by their allies, former Bernie Sanders surrogate Amer Zahr implored progressives in a video and tweet to “stop condemning anti-Semitism.” He said, “You are not helping. You are playing their games. It’s a distraction.” Instead, he urged followers to say, “Free Palestine — and nothing else!”

Zahr needn’t worry. Most progressive politicians who did bother denouncing the recent wave of violence against Jews diluted their rebukes by also condemning rising Islamophobia, creating the impression that advocates of both sides of the Israeli–Palestinian debate were engaging in violence — which is, needless to say, a myth. 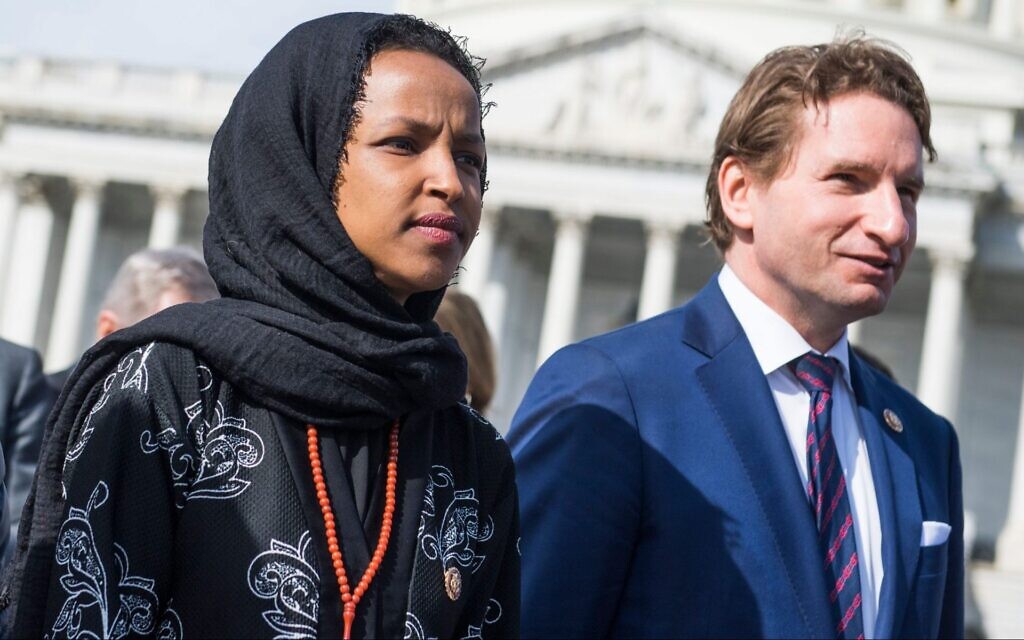 Four Jewish House Democrats on Tuesday made an accusation of antisemitism against party colleagues who have alleged that Israel has committed “apartheid” and “terrorism” against the Palestinians.

Their rebuke was part of a letter to US President Joe Biden condemning the rising antisemitism sparked by the Israel-Hamas war earlier this month.
One congressman who signed the letter, Dean Phillips of Minnesota, was chastising a fellow Democrat, Ilhan Omar, in a neighboring district, though Phillips did not use her name.
“Elected officials have used reckless, irresponsible antisemitic rhetoric,” said the letter sent Tuesday

Time and time again the Biden administration is under no pressure to apologize by the main stream media. Can you imagine if this happened under Trump?