What get’s me about this is it’s obvious Trump isn’t simply seeking a correct count. He never considered nor says that he wants an accurate count outside of the context of his obviously being the winner by (up to) 500,000 votes.

When he asks for explanations to specific questions he either interrupts when getting answers he doesn’t like, or replies with something you’d expect from a mouthy teenager, not a President.

Were laws broken in this tape?

I don’t know, it’s so close to the end of his Presidency I don’t care at this point. I’ll let legal minds figure all that out, though I admit it wouldn’t surprise me.

I have to say, listening to that hour-long phone call was painful. I think Trump, quite literally talked at least 50 minutes of the just over 1hr long call. And he kept repeating the same allegations over and over again.

And might as well include a fact check to go along with it. 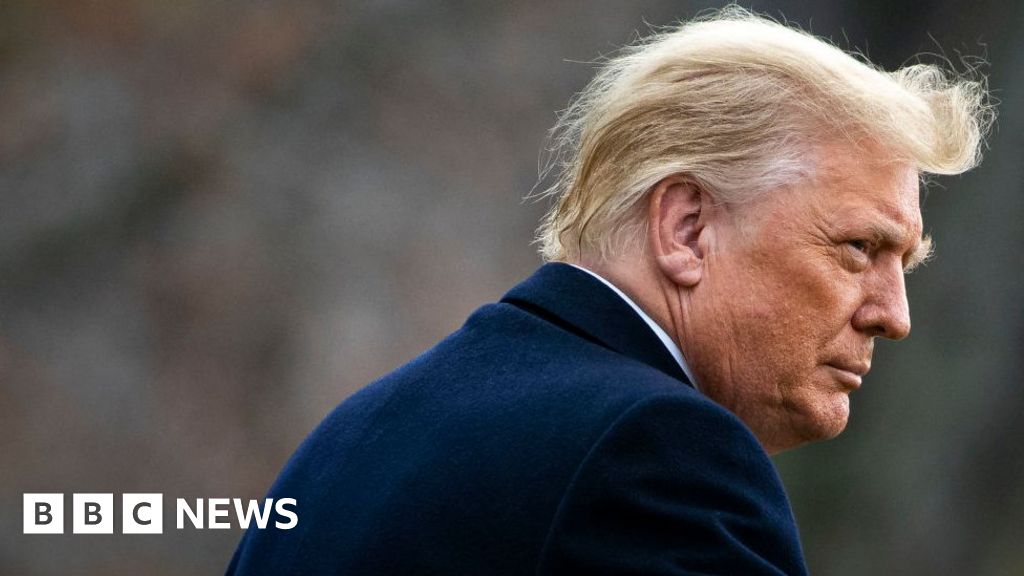 The president made a string of claims in a phone call with officials in Georgia as he disputes the state's election result.

Were laws broken in this tape?

Incredible! Incredible! President Trump rattles off hundreds of thousands of fraudulent votes in this phone call and you’re concern is that it’s the president, in his quest for justice, that may have done something illegal?

Yeah yeah, but besides that, Mrs. Lincoln, what did you think of the show?

THIS is what I was talking about when I said Democrats are more concerned with optics than actual results. President Trump clearly won the vote in Georgia “by a lot” if you remove the fraudulent votes. Quibbling over how he asked for justice should itself be criminal.

Here are some crimes the president mentioned:

1:09 “Anywhere from 250,000 to 300,000 ballots that were dropped mysteriously into the rolls, much of that had to do with Fulton County which hasn’t been checked. We think that if you check the signatures, a real check of the signatures going back in Fulton County, you’ll find at least a couple of hundred thousand of forged signatures of people who have been forged.”

1:51 “An accurate number will be given in the fifties of thousands and that’s people that went to vote and they were told they can’t vote because they’ve already been voted for.”

Trump incoherently mumbling crap doesn’t constitute as evidence. If any of that was real, it would have been shown in the plethora of lawsuits he has lost, and criminal charges would have been brought forward. Instead, there is just weasel phrases like “should”, “might”, “what if” and “I heard someone say” when discussing this fantasy…

Truly delusional. I know you like the election results, but you illustrate the willing suspension of disbelief if you refuse to see the fraud.

Except there’s no evidence for any of the “crimes”. That whole list you posted above was just Trump running through conspiracy theories and rumors he almost certainly read on Twitter.

The Democrats have gotten every break this election cycle right down the Republican Louisiana congressman-elect dying of Covid. I am beginning to think that God is punishing us.

Truly delusional. I know you like the election results, but you illustrate the willing suspension of disbelief if you refuse to see the fraud.

You’re right. It makes perfect sense that the Democrats rigged the election so they could lose more seats in Congress and not get a clear majority in the senate. Yep, that checks out.

Incidentally, I’m pretty ambivalent towards a Biden Presidency, but keep making assumptions. My main concern in regards to US elections doesn’t even involve any specific candidate but the pervasive amount of voter disenfranchisement that occurs. But it works for you guys so I don’t see the need to harp on about it.

Nonsense. We can detect your salivating at the prospect of a Biden/Harris administration and takeover of the Senate in your every post. This will be the left’s opportunity to jam their “progressivism” down America’s throats with little we can do about it…and you had to. cheat to achieve it.

Your country, your problem mate. My focus on US Presidents is twofold

1)How they affect international stability, as I live in not-America. Trump’s foreign policy was basically try and put out flames with gasoline so any alternative is preferable.

2)What the right wing talking points of the week are as Australian conservatives take their cues off their US counterparts and Rupert Murdoch has a criminally large market share of Australian media. Which in turn has an incestuous relationship with right wing media in the US. Whatever Lou Dobbs or Tucker Carlson says gets parroted by scumbags like Alan Jones or Andrew Bolt within a week.

Winning a few more seats in Congress without a majority means very little. It only means that some Democrats won’t be able to cast a few “no” votes on measures Pelosi wants to save face in their districts.

I would like to know the know the number of Biden votes that were cast with no other races marked on the ballot. That would very telling and inficative ballot box stuffing. It takes more time to mark fraudulent ballets when you have to mark all of the boxes.

Are you sure? Did you listen to the tape? After listening to it, I wonder if he didn’t “leak” it himself.

In context he sounds totally reasonable. The Georgians sound like Soviet commissars that don’t want to change their lies.

I’m pretty certain the GA SOS and his lawyer recorded the call and it’s a one party consent state. They’ve indicated as much it was them if not said it outright.

@Patooka, you don’t even live in the country. The rest of your post is just babbling. If you think that Trump’s foreign policy has been throwing gasoline, you have not been following the news for the past four years, or you are so biased, you judgement is totally flawed.

Oh, I agree that Georgia has become the new California. It’s population has gone mad, just like California.

That tape is an unmitigated disaster. It’s last nail in our political coffin.

I agree. I was not aware (or I forgot if I ever knew) that Patooka isn’t even an American resident so his opinions vis a vis our elections, our President or our politics are of no use to this board whatsoever. I have a nephew living near Brisbane whose opinion I value much more than this guy’s.

It makes perfect sense that the Democrats rigged the election so they could lose more seats in Congress and not get a clear majority in the senate.

I detect sarcasm, but maybe you haven’t kept up. Most of the fraudulent ballots had only one vote marked on them–for Joe Placeholder and the Czar-in-waiting. The fact that they didn’t also vote for the down-ballot candidates is acknowledged as even more statistical evidence that they were fraudulent ballots.

In fact, it’s believed that the fraudsters didn’t realize how much of an overwhelming lead President Trump would have so they had to hurry and make a lot more fraudulent ballots quickly to be sure he didn’t win. They only had time to fill in one oval.

My main concern in regards to US elections doesn’t even involve any specific candidate but the pervasive amount of voter disenfranchisement that occurs.

That doesn’t make any sense at all. If that was truly your concern, why wouldn’t be outraged by the fraud?

Oh. I may have known that.

Trump’s foreign policy was basically try and put out flames with gasoline so any alternative is preferable.

It’s interesting if that’s how it’s seen from outside looking in. From my position he was putting America first, like any American president should.

(But did you notice that his “gasoline” quickly tamped out the fire in North Korea? Odd.)

And resulted in multiple peace treaties between various Muslim countries and Israel??? That “gasoline” was a dud.