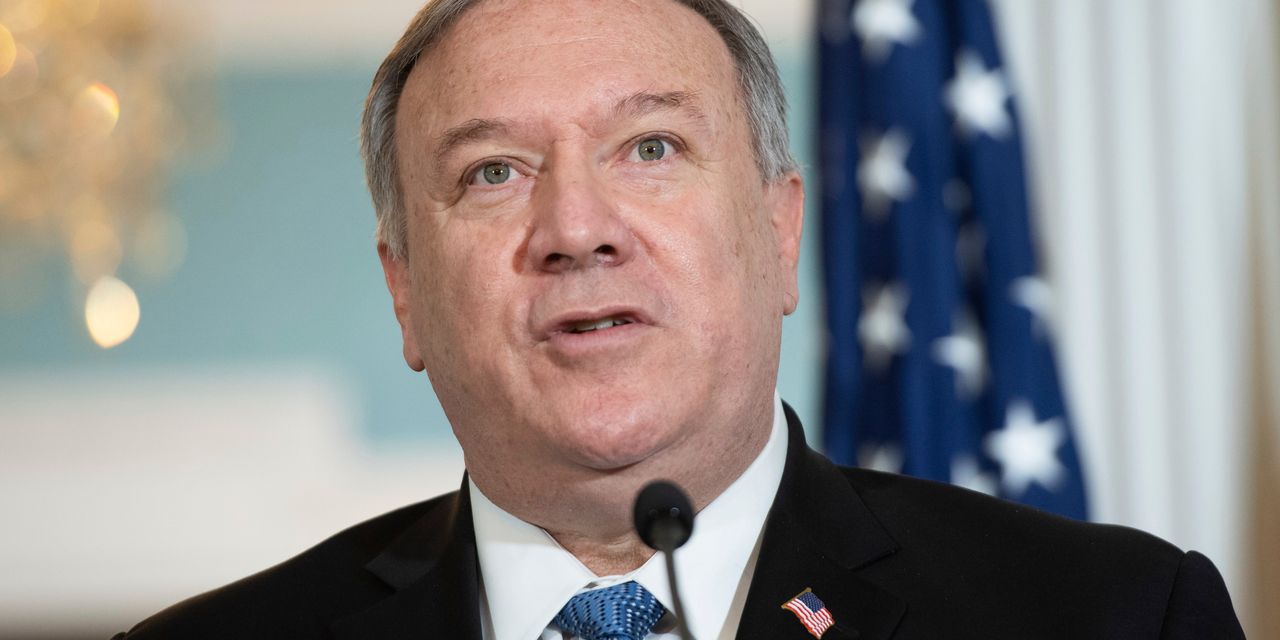 The secretary of state blamed Russia for the hack that compromised numerous federal agencies and U.S. corporations, while the president said he was skeptical.

And I suppose the Chinese communists are totally innocent when it come to hacking.

It’s like I said with my numismatic example. You birds keep fighting over the same worm while the Chinese snake sizes you up for his tummy.

They make the Biden Family rich with few million dollars and get a world of influence though direct payments tinged with blackmail. Sounds like a great return on investment for them.

In the mean time, even the lame stream news media is getting tired of Biden’s press conference games. The old man is too senile to answer any substantive questions off the cuff so his handlers have him read two spoonfuls of tapioca pudding each time he appears.

The skids are getting greased and Harris is waiting in the wings. It is truly disgusting the radical San Francisco politicians have so much influence over the country. No body except the pot heads in San Francisco votes for them directly, but they always get the key positions. Polosi, Newsome and Harris … Most of us never got to vote against them, and there they are running everything.

And I suppose the Chinese communists are totally innocent when it come to hacking.

No not at all. It’s just that in this instance forensics points to Russia. The fact that the President is trying to blame China for something that Russia did is the problem and lends credence to the allegations that he’s in Putin’s pocket.

That’s the craziest part of all this. There’s massive bipartisan calling out of Russia for this. All the president can say is “I don’t know, could’ve been China”

They know this wasn’t China. It would lend him a lot more credence if he was publicly hard on Russia even once. So why does he always lean so hard into defending them?

It’s probably something super dumb. He was publicly planning on building Trump Tower Moscow until the 2016 election, privately through 2018 via Cohen’s testimony and Felix Water. Putin may not even have anything “on” Trump, he may have just implied Trump Tower Moscow would never be built unless Trump played nice.

Nonsense, Gene! President Trump ORDERED the bombing of Russian troop concentrations in Syria and has enacted DOZENS of sanctions on Russia and Russian oligarchs. Nobody ELSE has done anything close.

Lol, it never ceases to amaze me how gullible some people are.

While a major geopolitical player like Russia or China makes more sense, there’s really no way to know. There are no “forensic” traces from a digital breach.

This is the intelligence agencies doing what they always do - lie. This is no different than their lies about Venezuela, Bolivia, Libya, Syria, or Iraq.

Pompeo is and has always been a massive liar who’s little more than a mouthpiece for the Five Eyes. Sure, he’ll say whatever Trump wants on stuff that doesn’t matter to the intel agencies. But when Trump says one thing and Papa Ratcliff says something else, Pompeo will say whatever Ratcliff says.

While a major geopolitical player like Russia or China makes more sense, there’s really no way to know. There are no “forensic” traces from a digital breach.

How much IT experience do you have? Do you do any work in security specifically?

The only “lies about Russia” have been told by you and your Party; Trump has rightly focused on China as the most significant threat to the United States and since they are the ones supporting you and your Party you hate Trump for calling attention to it

No not at all. It’s just that in this instance forensics points to Russia.

Please elaborate on this fairy tale, let us all know about the “forensics” that point to Russia

LOL. This guy hasn’t the LEAST clue what he’s spouting off here about, RET. He’s not seen a single thing “forensically” about the claim that Russia has “hacked” into U.S. government offices. He’s merely parroting what the so-called “media” is spouting in an effort to deflect attention away from how the DNC and a few of their operatives, LITERALLY tried to steal the last election.

LOL. This guy hasn’t the LEAST clue what he’s spouting off here about, RET. He’s not seen a single thing “forensically” about the claim that Russia has “hacked” into U.S.

Any more than you have, but people in positions of knowledge have and they know.

How they know is what’s important and that I do understand.

Russia! Russia! Russia! The truth is that it’s all a smokescreen started by Hillary meant to distract from her Russian deals, Biden hops on the train to distract from his friend and our enemy, the CCP. Trump has developed close military ties with Poland and Romania to counter any further Russian aggression. The truth is that Russia is in a demographic death spiral with an economy that cannot survive low oil prices for long. Thay are a 3rd world country … with nukes.

Any more than you have, but people in positions of knowledge have and they know.

How they know is what’s important and that I do understand.

Me, too, RET. I spent 8 years of my life fairly deep in the intel community and maintained contact with that community for 30 years thereafter.

17 U.S. “intelligence” agencies signed off on the Russia hack based on a forensic examination done in the Ukraine and paid for by the DNC. Julian Assange has maintained it was an inside job. Unlike our intelligence agencies he has NEVER been caught lying.

I’m with Matt Gaetz on this one, full pardon for Assange who ripped the mask off of the surveillance state. Where would we be and what would we know without him? Ditto for Snowden.

I agree about Assange. Not so much about Snowden. Snowden did us a service by exposing the intel community for surveilling American citizens instead of our avowed enemies. That’s true. BUT, he did it in such a way that warned those enemies that we were surveilling THEM, too, and worse yet–HOW we were doing it.

All I know is that CNN tells me that Trump eats kids and old people. And he hates Mexicans. And he deliberately gave us the wu-flu.

But I guess he loves China and Russia? Okay sounds reasonable

How much IT experience do you have? Do you do any work in security specifically?

I have been employed in IT security, though that’s not how I know this. It’s more from being an early(minor) contributor some mix cascade projects, and helping to deal with some DDOS attacks as a site admin.

I definitely have a better granular understanding of why this is impossible, much better than any of the government officials lying about this, who have never written code, or understand how this works. They’re straight up flim flamming. They’re relying on other people not understanding how systems penetration works or how to trace attacks back to source.

It’s possible to screw up and deanonymize yourself (as the Silk Road operators did), but that was because law enforcement agencies were attempting to monitor and trace them in real time. The Solar Winds problem was discovered after the fact.

If it was anything you could go back and look at a month later, you’d know exactly where they were, because they did something stupid enough to be directly traced back to source (insanely unlikely for state sponsored hackers).

The thing about catching attackers is you either have 100% clarity of where they are, or you have 0%. There is no “most likely” or “signs of”. And they’ve never even attempted to explain what those “signs” are. Much like all of the evidence we were promised for the Iraq War. Just like the election fraud we were promised they uncovered in Bolivia.

They have nothing, and they’re lying - like they always do. The fact that you trust the NSA/CIA/any intelligence agency is bewildering.

The way I believe we know stuff like this most likely not having to do with machine forensics or digital traces at all. We frequently find and oust does
Russian, Chinese, Iranian, etc. spies from our agencies. We DEFINITELY have a bunch of spies in their agencies too.