It’s impossible to rank a president’s performance until at least five or 10 years after they have left office. The trouble is it’s hard to know what the actions of a given administration had on the flow of history.

For example, when I was in college, Dwight Eisenhower was rated as an average president. There were those who said that he was tired old man who no more than a placeholder. In recent years, even liberal historians have admitted that he did a good job with the economy and that his policies toward the Soviet Union prevented a nuclear war and kept them contained within their sphere of influence.

Donald Trump will be a one term president. As such his influence will be limited, but not unimportant. During this time, he got the economy moving again, and proved that the capitalist system could work and provide good paying jobs to many Americans, including minorities. He got legislation passed that resulted in prison sentencing reform, which benefited minorities. His policies got the vaccines for Covet developed and approved in record time, which will probably save many lives. His crowning glory would be a fast and efficient roll-out of the vaccines to as many people as possible.

In recent months, his diplomatic efforts have resulted in great strides in the Middle East. Now Arab nations are making peace with Israel and opening up diplomatic relations. One would hope that the Biden administration will build on these efforts and not tear them down.

Trump’s greatest flaws was that he was thin skinned and quite poor at public relations. He was his own worst enemy when it came to getting out his message to anyone except his most ardent supporters.

Historically I would compare Donald Trump to James K. Polk, who was president from 1845 to 1849. Polk was responsible for making the “lower 48 states” look the way they do today. Polk solidified Texas as a state, and through the results of the Mexican War brought California and other western areas into United States control.

For that he is roundly disliked by many liberal historians who accuse him of imperialism. They also accuse him of helping to start the Civil War because of the arguments over the admission of free and slave states which was made more complicated by his additions to the U.S. map. Those lands were taken from Mexico. The liberals claim that we would have taken California any way, but they can offer no proof of that.

What if California had never been part of the United States? How would history have been changed? What would have been the outcome of World War II? Would world look very different today?
It is for these reasons that some people rate Polk as a near great president. Many liberals, who know any history at all, revile him. What do you think?

This is one of the rare medals that presents a slogan that outline Polk’s intentions if he were to be elected. It reads, “Press onward - enlarge the boundaries of freedom.” In other words, let The United States build an empire which will run from the Atlantic to the Pacific. The catch phrase here was “manifest destiny.” The guy on the reverse is George M. Dallas, who was Polk’s vice president. The city of Dallas, Texas was named after him.

As such his influence will be limited, …

I think you underestimate his impact. Some of other his promises were to build the wall, cut regulations, avoid war and deal with China.

His handling of the Korean nuisance was absolutely brilliant! Few reporters are intelligent enough to understand how he skunked the little dictator. He may have literally prevented armed conflict.

When he took office, there were caravans of people headed toward our border intending to illegally enter and dissolve into society at our expense. There were videos of hoards of them running across the border. All that has apparently stopped cold.

Cutting regulations is underappreciated. The regulation cuts are part of the reason for the booming economy. 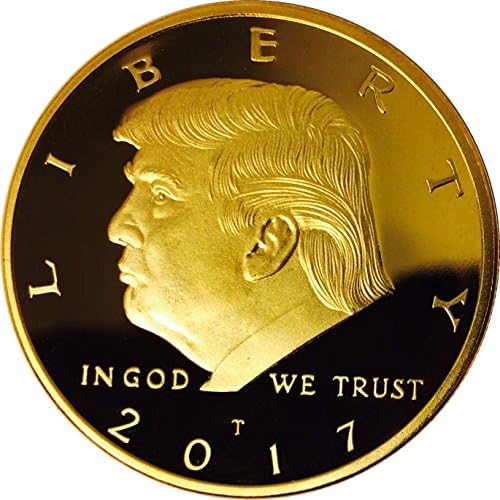 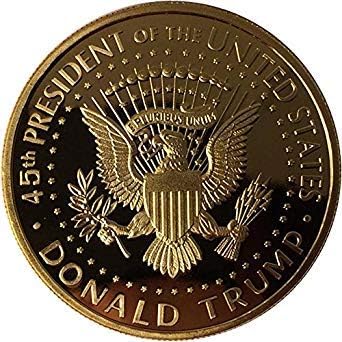 Super post @KenJackson! You added more elements that didn’t come mind in hurried post. I was headed out for my 37th anniversary.

Happy anniversary to you and your wife!