US Marines in D.C

Something everyone should consider. After the first year of the Obama administration, for the first time in recent history, the U.S. Marine Corps had to DRAFT men and women to serve as the President’s Marine Corps aides because not nearly enough were volunteering to so serve. When President Trump was elected, however, the U.S. Marines had over 3,500 volunteers to serve HIM and that number has remained that high year after year of his administration. That alone should tell you all you need to know about who needs to be in the White House for the next 4 years. 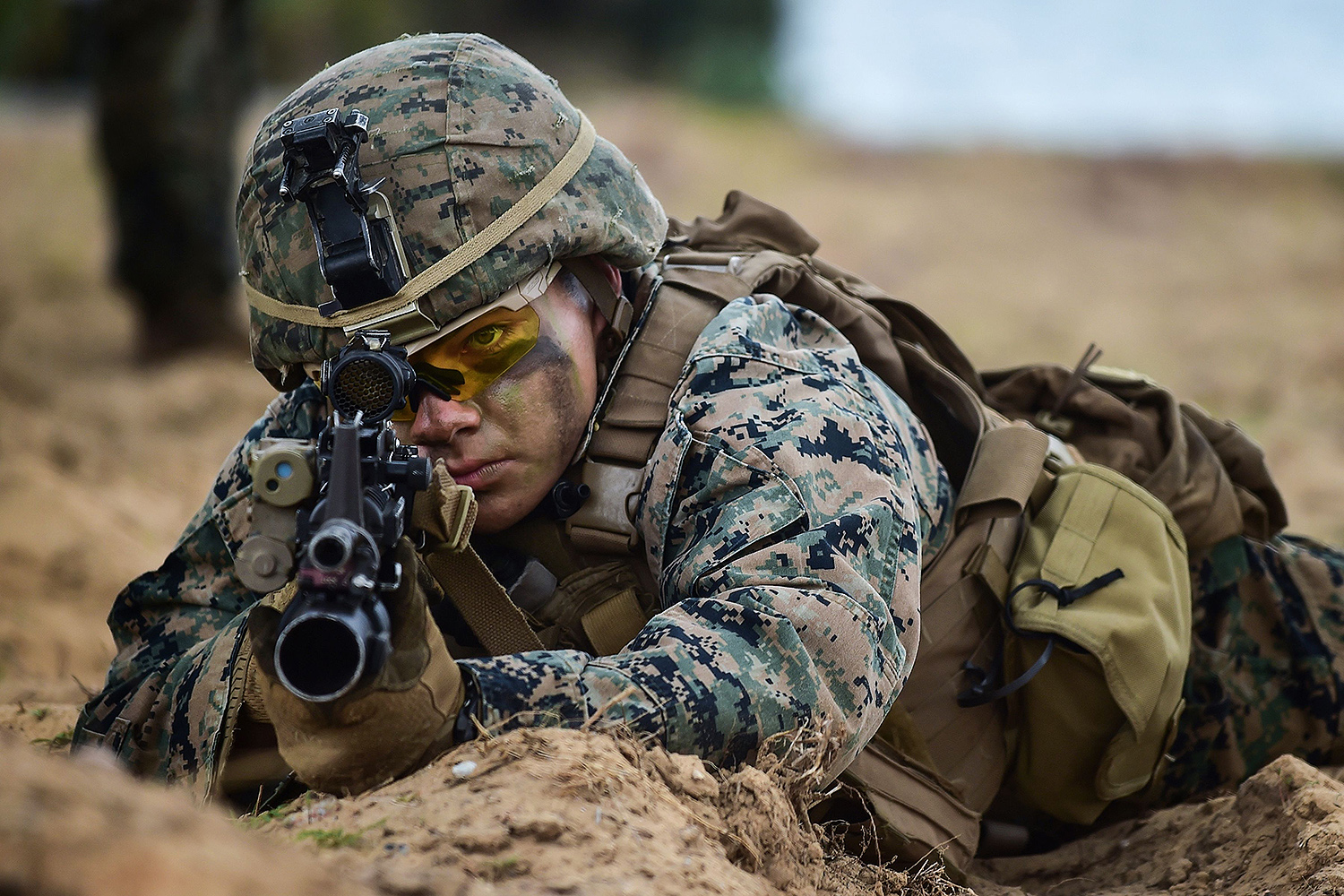 The Tip of the American Military Spear Is Being Blunted

Reforms to the Marine Corps may be necessary to face China, but Congress needs to ask hard questions.

“To retool the U.S. Marine Corps as an “inside force” in the West Pacific, the commandant has directed the Marine Corps to ax many of its current capabilities. The Marine Corps’s cannon artillery (e.g., its howitzer batteries) are being reduced from 21 to five batteries, and its armor forces (e.g., its tank battalions) will be completely eliminated. The Marine Corps will also cut its helicopter squadrons and amphibious assault vehicle companies by a third and reduce the number of manned attack aircraft and logistics teams it can put into the field.”

“The human resources and money—around $12 billion—that are now being spent on armor, cannon artillery, and the rest will instead be poured into long-range missiles, unmanned aircraft, and the education and training of Marines.”

"…this “inside force” will “reverse the cost imposition that determined adversaries seek to impose” on American forces, putting the PLA Navy in the same desperate situation now faced by U.S. ships. This will enable the Marine Corps “to create a mutually contested space in the South or East China Seas if directed to do so.”

…which has NOTHING to do with the point of my OP, AS. Quit trying to hijack my thread.

…which has NOTHING to do with the point of my OP, AS.

I’m inquiring as to your opinion Dave. That I was reading this article at the same time as you were posting this thread on the Marine Corps was entirely coincidental.

The Commandant of the Marine Corps is pushing a reform that will change the corps forever.

If these changes go through, core capabilities will be lost, likely never to return. The very nature of the Corps will alter, as will the meaning of them offering any sort of guard.

Afterall, it’s not the same when the Army or the Navy offers an honor guard, yet these changes would make the Marines far more like the former. Minus the tanks.

Do you know what the Navy’s motto is vis a vis combat? Send the Marines! The Marines’ combat role is constantly adapting to new conditions. In the role they play in today’s combat…fast-moving, overwhelming force…they have little or no need for armor or artillery. Those can be supplied by the Army and the Navy in support of the Marines’ primary missions.

Do you know what the Navy’s motto is vis a vis combat? Send the Marines! The Marines’ combat role is constantly adapting to new conditions. In the role they play in today’s combat…fast-moving, overwhelming force

Maneuver warfare is completely gone, they’ll be stationed on islands, and expected just to launch missiles.

No more taking beachheads, no amphibious landings. Not an expeditionary force.