Who is running for President? Obama or Biden?

You sure can’t tell from who is making campaign appearances. Biden has been back in his bunker after conducting a “drive-in theater” event with few cars honking their horns more than week ago. In the mean time, the most visible campaigner has been Barack Obama. He’s giving speeches; Biden is doing nothing.

Does this guy have the energy to be President? Even if you give him a pass on the condition of his brain, his body can’t do it.

What are you babbling about now, CSB?

When are you going to write something positive about YOUR CANDIDATE, @csbrown28? All you have is “He’s not Trump!”

What we do know is that he is a frail old man who can’t campaign. What’s he going to do when if he’s president? Sleep in the White House basement for 20 hours a day?

He’s got some very slick ads here in Florida talking pablum about how he’s “going to be the President for ALL the people, not just Democrats.” He also has a solution for the pandemic but offers no details.

So let’s hear it, Mr. Brown. Why is Joe Biden a good candidate for president?

So let’s hear it, Mr. Brown. Why is Joe Biden a good candidate for president?

He’s got good posture, looks like a man ready to lead. And his suit…

Doesn’t fit like a pair of yoga pants… LOL

Do the best you can do is to say that he’s an empty suit, which he wears well … sort of like a cigar store Native American.

You will notice that I have become quite PC. I could have said “Indian” or “Red Skin.”

He also has a solution for the pandemic but offers no details.

You must have missed it, here let me help. 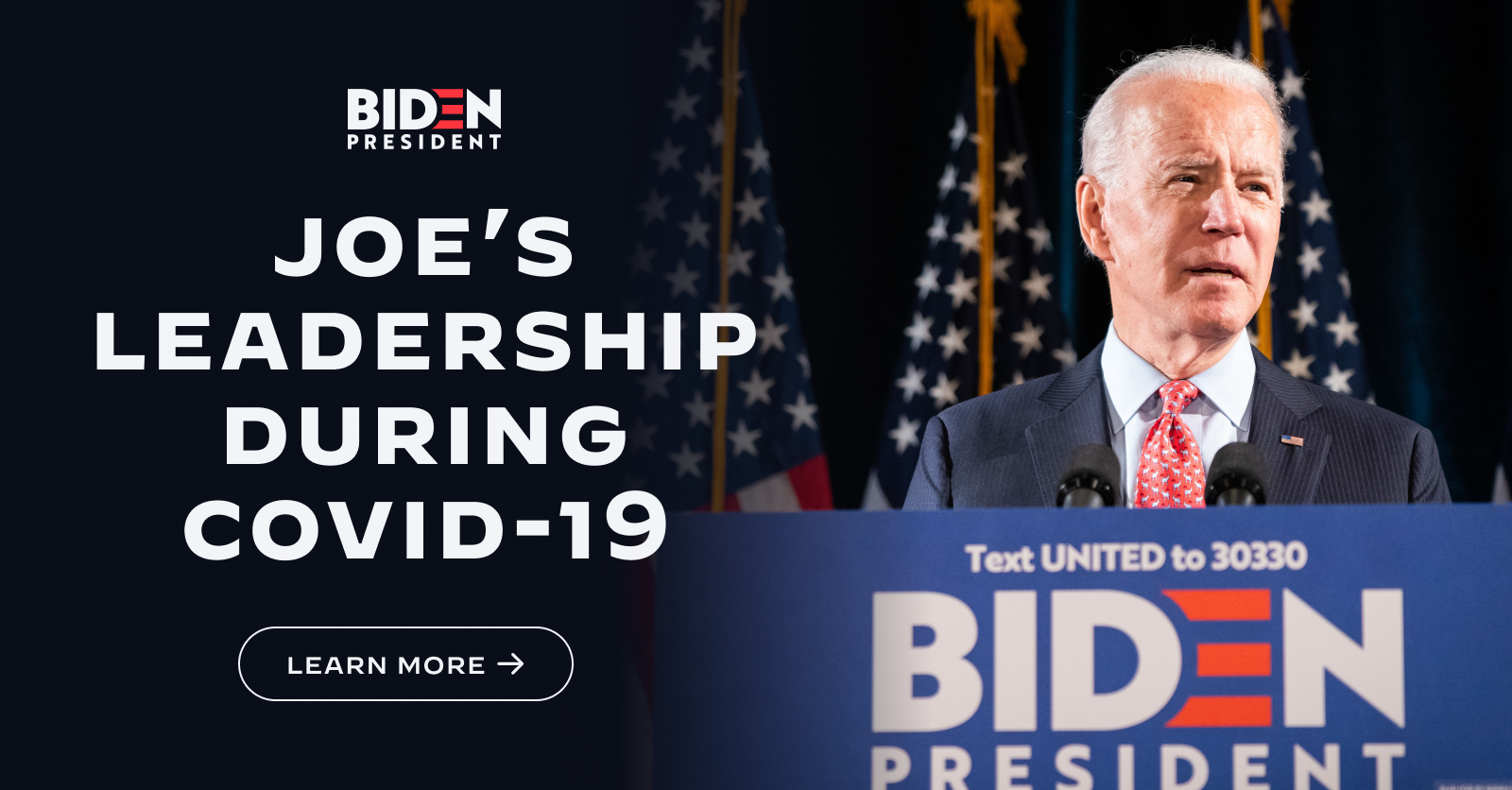 The Biden Plan to Combat Coronavirus (COVID-19) and Prepare for Future Global...

Now, what is Trump’s plan?

Oh yeah, lie about it.

Trump claims we’ve “turned a corner” on the virus the same day we hit our highest case total ever. I mean, you can’t make this stuff up.

I mean, really, it’s never been easier to against a candidate. Trump makes it easy.

So point me to a website that details Trump’s Coronavirus plan? How about the details on his healthcare plan that he had 4 years to do and did NOTHING? Where is it?

Where is the wall he promised you?

You will notice that I have become quite PC. I could have said “Indian” or “Red Skin.”

Who says you can’t teach an old dog new tricks!

I’m not a Biden fan, I’ve already said that. I think I would have liked to see Yang win. He was young and I think he would have shaken things up. Brought some fresh ideas, even if I don’t agree with all of them.

But Biden is a better choice than the alternative. So after Trump loses and Biden screw up, try to remember that. That said, he’ll be hard pressed to do worse than this President.

And it’s never been easier for me … Biden would be the worst candidate since Horace Greeley in 1872 … if wasn’t for Hillary in 2016.

You guys have nominated two terrible candidates in a row. Both incompetent and both crooked … both selling influence from their public offices.

You idiot! This is an UNPRECEDENTED circumstance and NOBODY had a “plan” to combat it. It HAS to be played by ear. Biden’s “plan” is to do precisely what President Trump has BEEN doing for 7 months!

You guys have nominated two terrible candidates in a row. Both incompetent and both crooked … both selling influence from their public offices.

You idiot! This is an UNPRECEDENTED circumstance and NOBODY had a “plan” to combat it. It HAS to be played by ear. Biden’s “plan” is to do precisely what President Trump has BEEN doing for 7 months!

Like I said, Trump had no plan and still, 8 months later, still doesn’t. And I added healthcare, because it’s another example where Trump has had plenty of time to work with his administration and his party in Congress (that R’s controlled for two years) to come up with a plan.

His plan, torpedo the last plan. That’s it. That was his plan.

Honestly, if he had come up with a plan, a good plan, he might have got the support in Congress to nix the last plan, but alas, Trump doesn’t have the balls to address a problem that big. He just wants to cause chaos, that’s it.

And, where’s the wall? Another example of a HUGE pillar of his campaign faded. Because he never intended to build a wall, he sold you on the idea, because that’s what he is, a used car sales man. You got baited and switched…lol

Oh, wait, one more. he was going to eliminate the debt…Remember that?

“We’re not a rich country. We’re a debtor nation…We’ve got to get rid of the $19 trillion in debt, I think I could do it fairly quickly…I would say over a period of eight years,”

So yeah, you got played, all of you.

So yeah, you got played , all of you.

No, you are the one who is being played. I know exactly why I am voting for Trump because I support freedom and capitalism. You only know that you hate Trump. Otherwise, you have no other campaign issues.

If you have earned anything or own anything, you will know the score when Bernie Sanders and AOC come to take everything you have good to give it the illegal immigrants and then the American poor. That’s the plan to put the Socialist Democrat Party in power exclusively forever. We will become a one party country just like Cuba, the old USSR, China, North Korea and Venezuela.

The wall? Hundreds of miles have been built. There would have been more if the Democrats had not opposed every program Trump proposed.

As for Covet planning, Europe is mostly socialist, and they have done everything Biden has proposed, yet they are just as bad off as when this thing started.

What is Biden’s plan? Wear a mask and shut the economy down. When people get poor you put them on the government dole to make them dependent and forever indebted to the Socialist Democrat Party. That’s the Biden plan. It’s the same one that dictatorships use in South America. Actually it’s the Socialist Democrat Party Plan. Biden is too mentally impaired to devise one.

Again, you got played. Trump peddles in fear. I was just listening to him on the radio pandering to people in NC.

“There coming for your guns!!! All of them.”

When will you guys stop falling for this?

There coming for your guns!!! All of them.”

When will you guys stop falling for this?

That’s the plan to put the Socialist Democrat Party in power exclusively forever.

The wall? Hundreds of miles have been built

Yes, but again, your conservative news sources probably glossed over that of the 371 miles of wall that’s been built, 5 miles of it was new, the other 366 were already there. 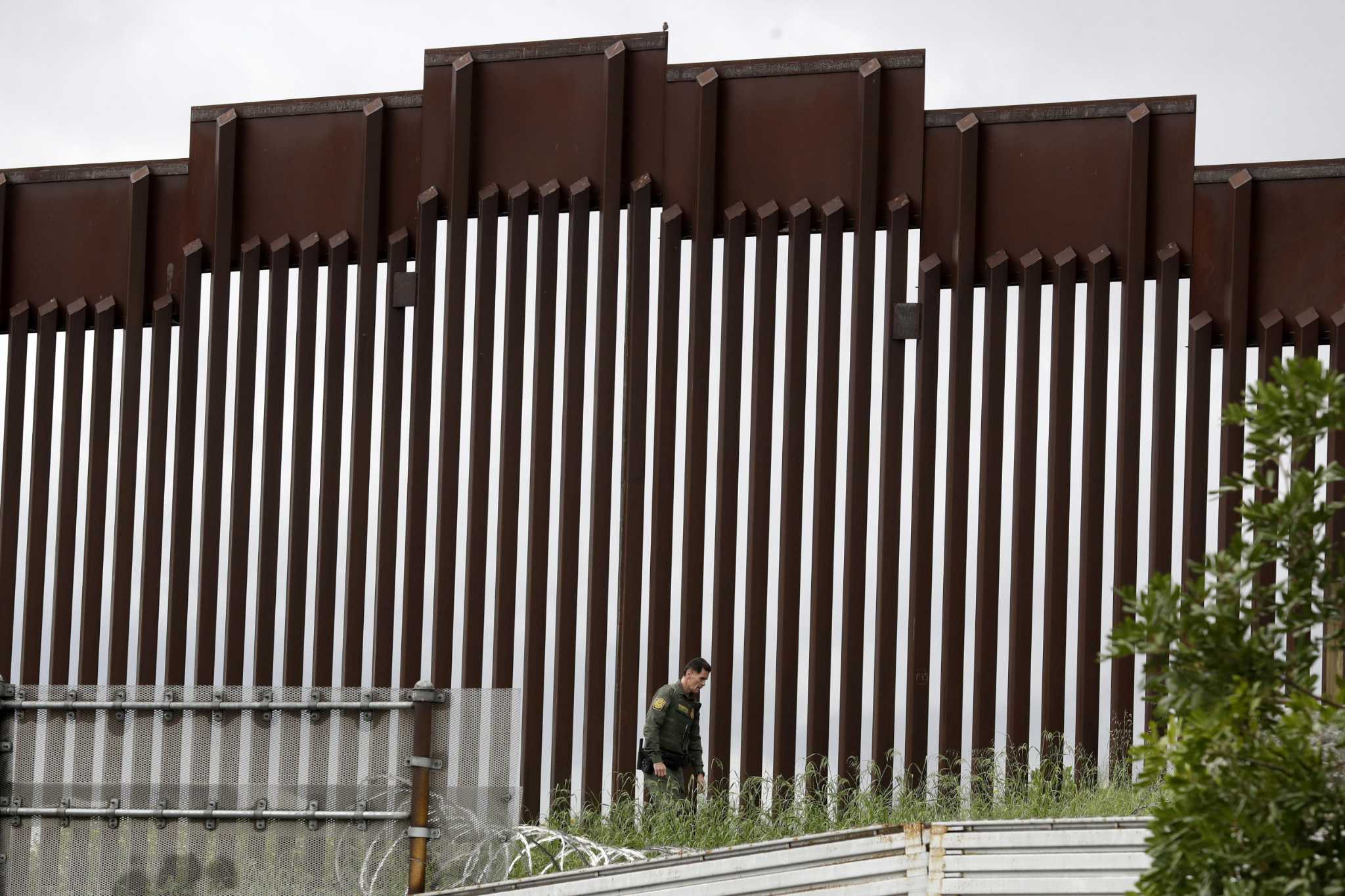 The Trump administration has set aside $15 billion for more than 700 miles of new border walls. Less than 300 miles have been built, and only 5 miles of new fencing where none existed before.

That’s about 1.3 new miles of new wall per year, at that rate the wall should be finished by the year 3000…

As for Covet planning, Europe is mostly socialist, and they have done everything Biden has proposed, yet they are just as bad off as when this thing started.

But we’re “capitalist and free” shouldn’t we be doing better? As far as doing worse, it depends on how you define worse, but we’ve been consistently behind Europe after the initial outbreak (as they had a lot less time to prepare than we did) in almost every measure.

What is Biden’s plan? Wear a mask and shut the economy down.

Honestly, I don’t think so. The time to shut down the economy was very, very early and that time is passed. there are way to many people that have the virus, so a shutdown won’t work. The rest is nonsense.

He’ll likely make mask-wearing mandatory in many situations, work with governors to ensure they have testing resources and insist on social distance and contact tracing.

In limited circumstances large gathers will likely be prohibited by state and local governments and Biden will have the power only to enforce rules on Federal property.

No, I think the Federal government creates money when the Treasury issues instructions to the Fed to credit accounts in the private sector of people and businesses. Bonds are merely an anachronistic holdover of the gold era of money. Today, bonds are merely savings account backed by the US government.

Someone has to produce the goods and services, but you’re too stupid to know that. Money is simply means to make trade easier

What do you think money created is used to purchase if not goods and services?

You just shut everything down and the goods and services will keep flowing … out thin Socialist air.

I think the time for shutdowns are passed, Biden knows it, and the people he trusts to provide information on how to handle the virus know it.

Are you REALLY so stupid that you don’t know that ALL of those 400 miles of wall are BRAND NEW, though a lot of it was REPLACEMENT for a short 6’ rusty fence made out of corrugated tin that wouldn’t deter a 5-year-old?

@csbrown38 will not have courage to come on this site after his socialist candidates ruin the country. He’ll either be happy that Sanders and AOV are running the country, which that he has been lying to us all along about his “politically moderate views,” or the party will have well beyond what he imaged, and he will be too embarrassed to post here. He will never come here and stay, “I made a mistake.”

@csbrown38 will not have courage to come on this site after his socialist candidates ruin the country.

This site will not be allowed to exist, and every conservative who posted here will have been “re-educated” or died of a 9mm brain hemorrhage. That’s how it always goes in a socialist workers paradise.

You are correct. We will be shut down. No opposition to the Socialist Democrat Government will be tolerated after they gain control of all three branches of government.

Care to challenge me, @csbrown28? Will you protest It when they have done it? I go beyond doubt it; you won’t, either out of fear or, more likely, support for totalitarian politics. Anything for income equality, that’s you benign excuse.