You are Not black if you don't vote Biden

so a day or so ago Joe Biden told a black radio host that if he, the host or any black man for that matter voted for trump rather than for biden, then he. IS not black.

Little bit of blowback on that.

ABC News surprised me when they reported this story the day after it happened. Usually they ignore negative stuff like this until it comes up in talk show six weeks later. Then they gloss over it and move on.

Instead they got right on top of it. Why? They knew this could fester, even if they ignored it, and the Biden people were going after it for the same reason.

Biden’s comment clearly demonstrates the Democrats’ “plantation attitude” toward Black voters. If they leave the Democrat plantation, they are at best disowned. If they are people of political significance, they sent the attack dogs after them.

This is exactly what I was saying about in another post that dems say the most stoopid things and expect us to believe it!! Now, I do recognize that there are many people who believe every belch or hiccup coming from any dems mouth. Pathetic. And that, my dear friends, encapsulates what this COVID-19 thing is all about. Their last ditch effort is to force people to mail in their vote!

NEW UPDATE:
Racist Biden: Blacks Are All the Same, Have No Diversity of Thought 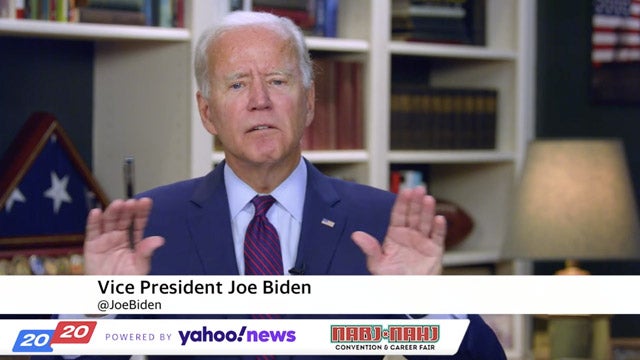 Racist Biden: Blacks Are All the Same, Have No Diversity of Thought

RUSH: He's saying that African-Americans are like-minded simpletons. This is as racist a comment as anything they want to try to lay off on us, folks.

RUSH: Did you hear that or did it go by too quickly? (interruption) This is why there won’t be any debates. This is exactly why the Democrats and the Biden campaign cannot throw him out there and do a debate. It’s not just the gaffes, and it’s not just the losing his train of thought. It’s this. “Will you reengage with Cuba?”

(imitating Biden) “Yeah, yeah. And, by the way, what you all know, that most people don’t know, unlike the African-American community, the Latino community is an incredibly diverse community, incredibly different attitudes about different things.” And of course the Cuban population is largely Hispanic in Biden’s mind. So, yeah, I’d engage with Cuba ’cause it’s far more productive.

So should Joe Biden be suspended from social media, from the sewer, for his racist comments about African-Americans?

Let them bury themselves. Morons.