'You blew it': Trey Gowdy unloads on Trump's 'miserable' defense team after second day of trial

Gowdy made the remarks during a break in the prosecution’s arguments on the second day of trial.

“That’s why yesterday was so important,” he said. “That’s was the only chance the defense had to kind of set the tone, to raise questions or make the jury think about something all day. I mean, it is miserable to be sitting there in a courtroom and never have a chance to respond.”

Tired of ads? Want to support our progressive journalism? Click to learn more.

“But you knew that yesterday,” he continued. “And you blew it, you whiffed it yesterday and today is a natural consequence of that.”

Fox News panelists Ken Starr and K.T. McFarland, however, argued that Democrats are failing to make the case that Trump should be convicted of inciting an insurrection on the U.S. Capitol.

“This isn’t Donald Trump on trial,” McFarland opined. “This is democracy on trial and what we’re showing the world is we’re dysfunctional.”

Gowdy disagreed with McFarland: “I am far less concerned with what the rest of the world thinks about us than how we view ourselves.”

“I think on the issue of the speech, it’s probably going to be split because there are plenty of Democrats that have used hot rhetoric in the past,” he continued. “What’s not split is the president’s lawyers need to come up with a factual defense for what was he doing once he learned the siege began.”

“Because you can act like you were shocked it happened, but once it happened you can’t claim that defense anymore,” Gowdy added. “So why the tweets afterward? Why not get more involved, more engaged. And I need to hear a factual defense and I didn’t hear one yesterday.”

Watch the video below from Fox News. 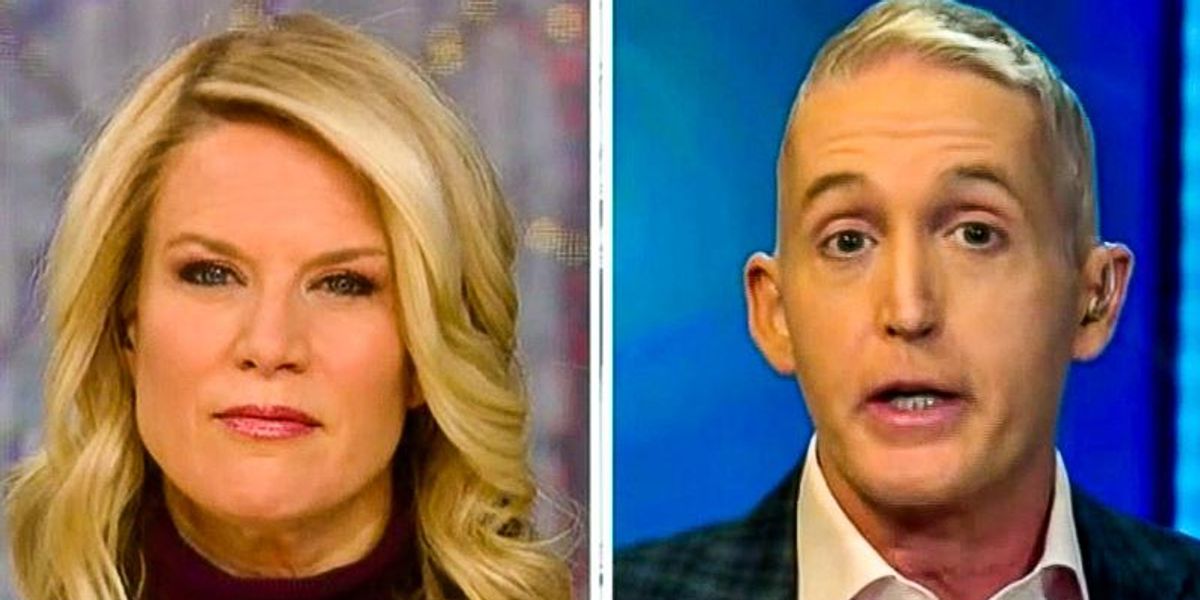 'You blew it': Trey Gowdy unloads on Trump's 'miserable' defense team after...

Fox News host Trey Gowdy, a former Republican lawmaker, on Wednesday said that President Donald Trump's attorneys had botched their opening remarks at his second impeachment trial. Gowdy made the remarks during a break in the prosecution's...